This upcoming variety show is a reality program where five stars — JYJ’s Kim Junsu, Park Myung Soo, Noh Hong Chul, Park Ha Na, and AOA’s Chanmi — live in a house together and share their items. The cast will practice various ways of sharing in their everyday lives and experience the “sharing economy” for themselves.

In the poster, the cast gives viewers a peek at their chemistry. It became a hot topic when Kim Junsu’s appearance was announced, as it is the idol’s first TV appearance on a major network in 10 years. He has a serious expression on his face while holding up a blue motorcycle.

Park Myung Soo and Noh Hong Chul will reunite for the first time since last appearing on “Infinite Challenge” together. Park Myung Soo has both hands on the table as if he’s asking, “What is sharing?” Noh Hong Chul looks ambitious sitting next to him while holding up a fork and knife in each hand.

Actress Park Han Na scratches her head in thought, while Chanmi looks charming as she looks at the camera with her arms crossed. 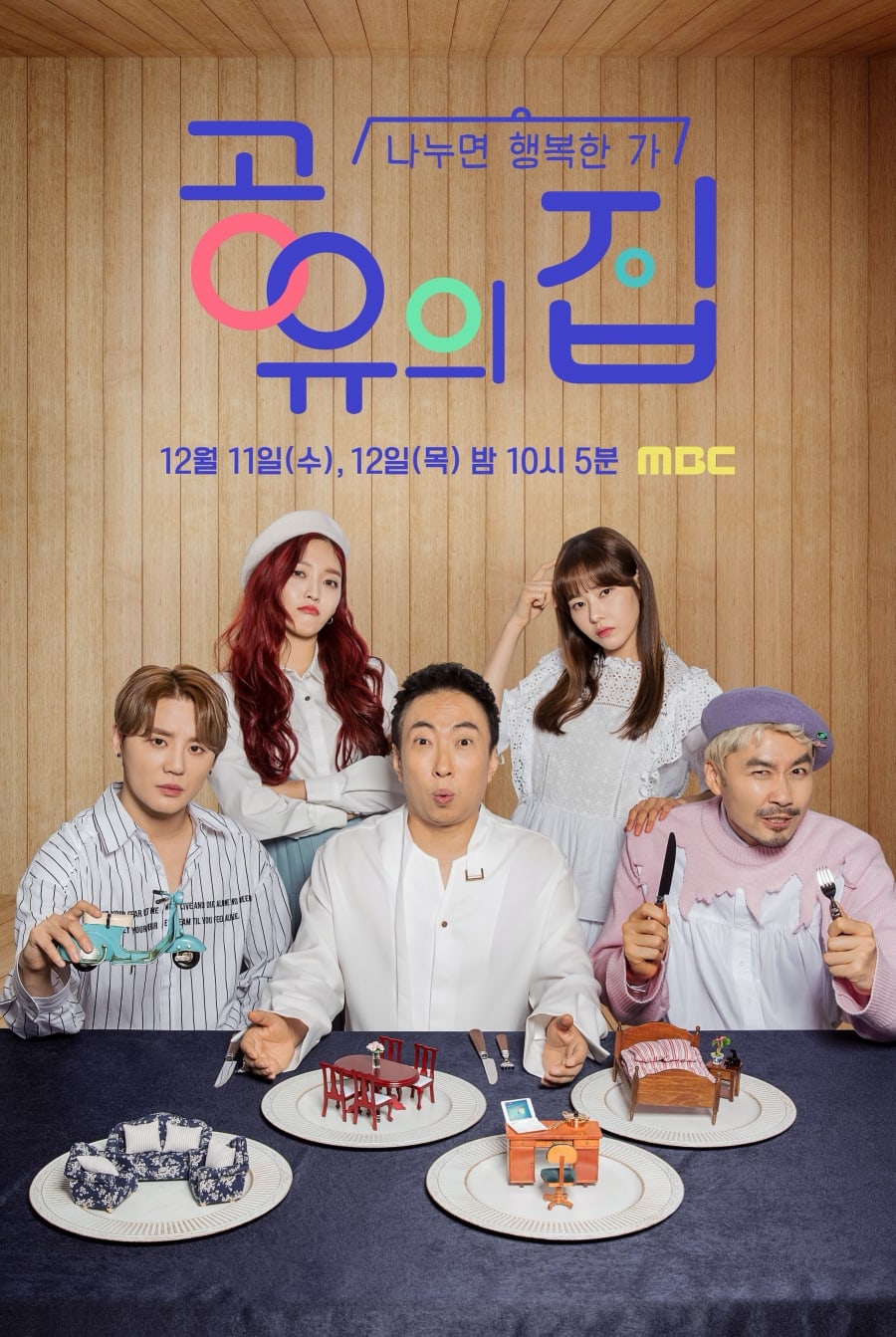