“When The Camellia Blooms” Finishes Strong On Weekly Drama Rankings

On November 26, Good Data Corporation revealed the weekly rankings of the dramas and cast members that generated the most buzz over the past week. The results come from the company’s analysis of news articles, blog posts and online communities, videos, and social media for 28 currently airing and upcoming dramas from the week of November 18 to 14.

KBS’s “When The Camellia Blooms” finished strong in its final broadcast week, topping the buzzworthy dramas list with a solid 29.23. Lead stars Gong Hyo Jin and Kang Ha Neul both also made a strong show, as they finished off the wildly popular drama at No. 1 and No. 5 in the weekly actor ratings, respectively. Fellow cast member Lee Jung Eun also made the top 10, coming in at No. 9.

SBS’s “VIP” drama made leaps and bounds this week, jumping up 11 places to come in at fifth place. It comes behind another SBS drama, “Vagabond,” which won out for fourth place and had two of its stars, Lee Seung Gi and Suzy land No. 6 and No. 8 on the buzzworthy actors list. Cable network tvN’s new drama “Psychopath Diary” made a strong first impression, debuting at No. 8.

Finally, JTBC’s “Chief of Staff” dropped several places, rounding out the list in the No. 10 spot. 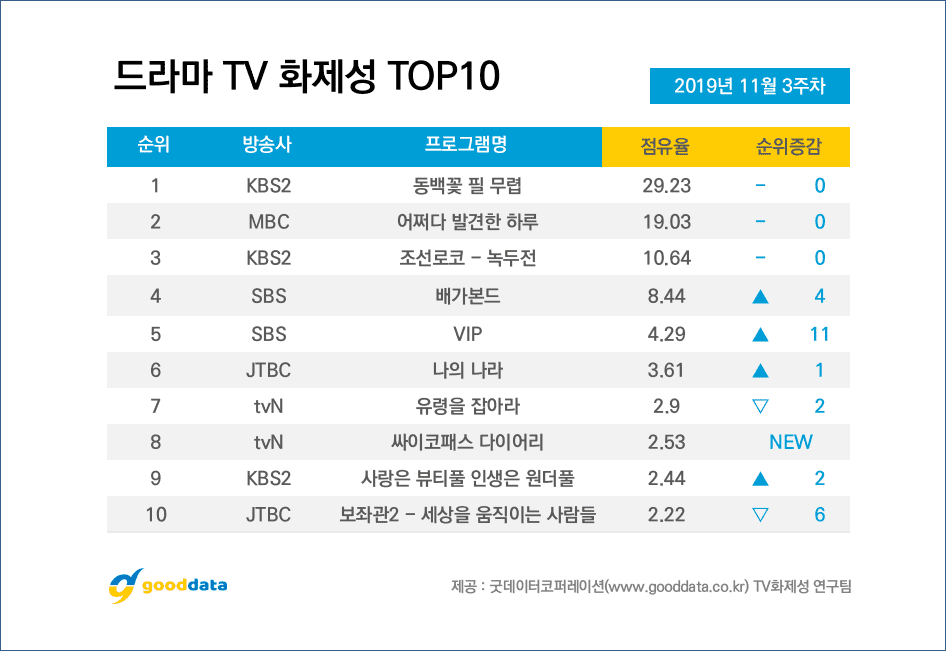 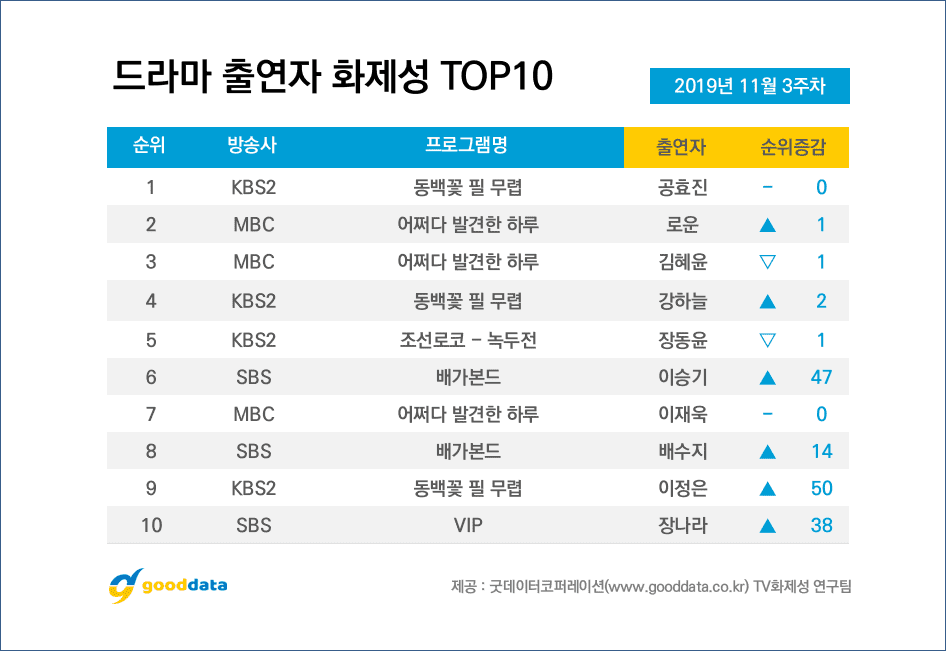