HA:TFELT Denounces Reporter For Accusing Her Of Not Wearing A Seat Belt

On November 26, HA:TFELT appeared on KBS 2TV’s “Wise Kidults” where she revealed her home and car.

After the broadcast, articles were published criticizing her for not wearing a seat belt while driving. On November 27, HA:TFELT responded to the articles on her Instagram Stories.

On a screenshot of one article titled, “A really dangerous act. A celebrity who publicly committed an illegal act on camera,” HA:TFELT added, “Wikitree reporter who writes articles without fact-checking, I wore a seat belt. (Do you think that the staff would film me all day without making me wear a seat belt for a TV show?) I put my arm in front of the seat belt, so it doesn’t show onscreen. I was wearing it the entire time over my chest and stomach. You’ll notice how the [car seat belt] alarm isn’t ringing.” 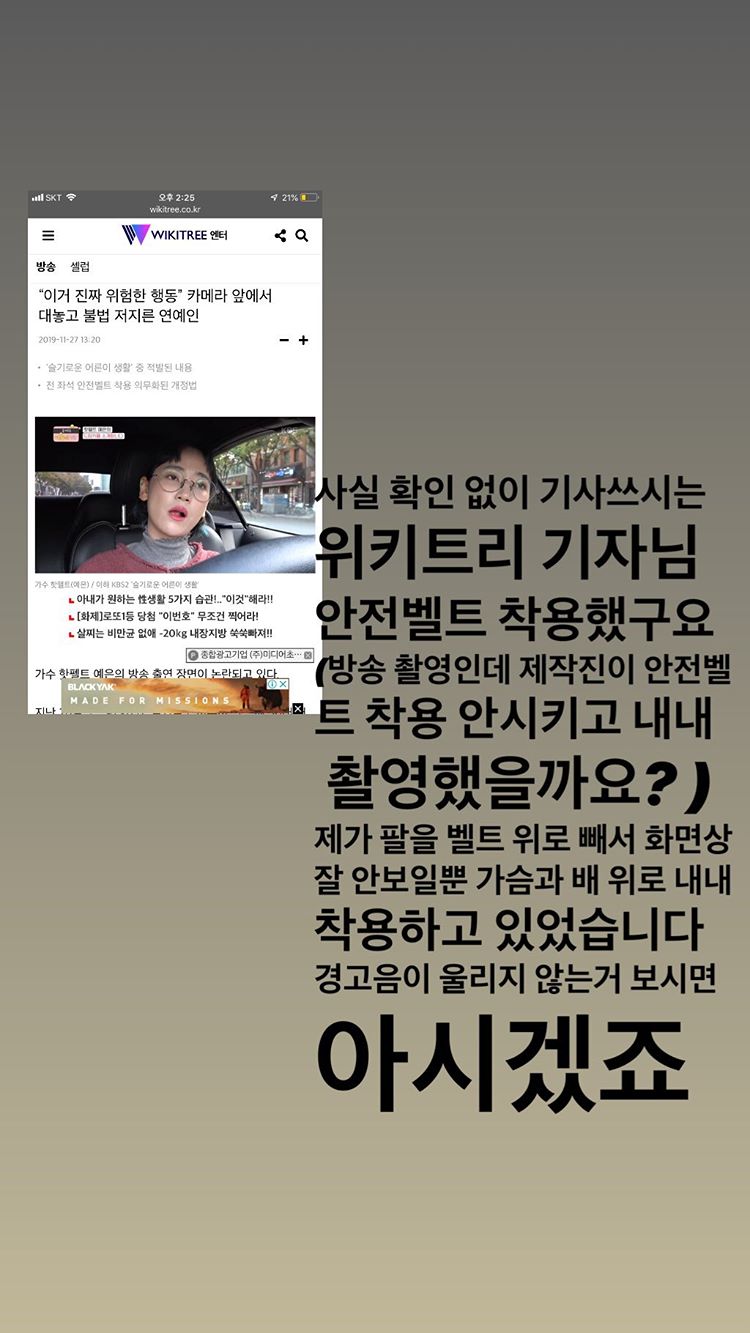 HA:TFELT continued, “I’m very displeased that you would publish an article using a clip focused on my face that doesn’t show everything without checking with the staff or my agency. Is it ‘whatever if it’s not true?'” 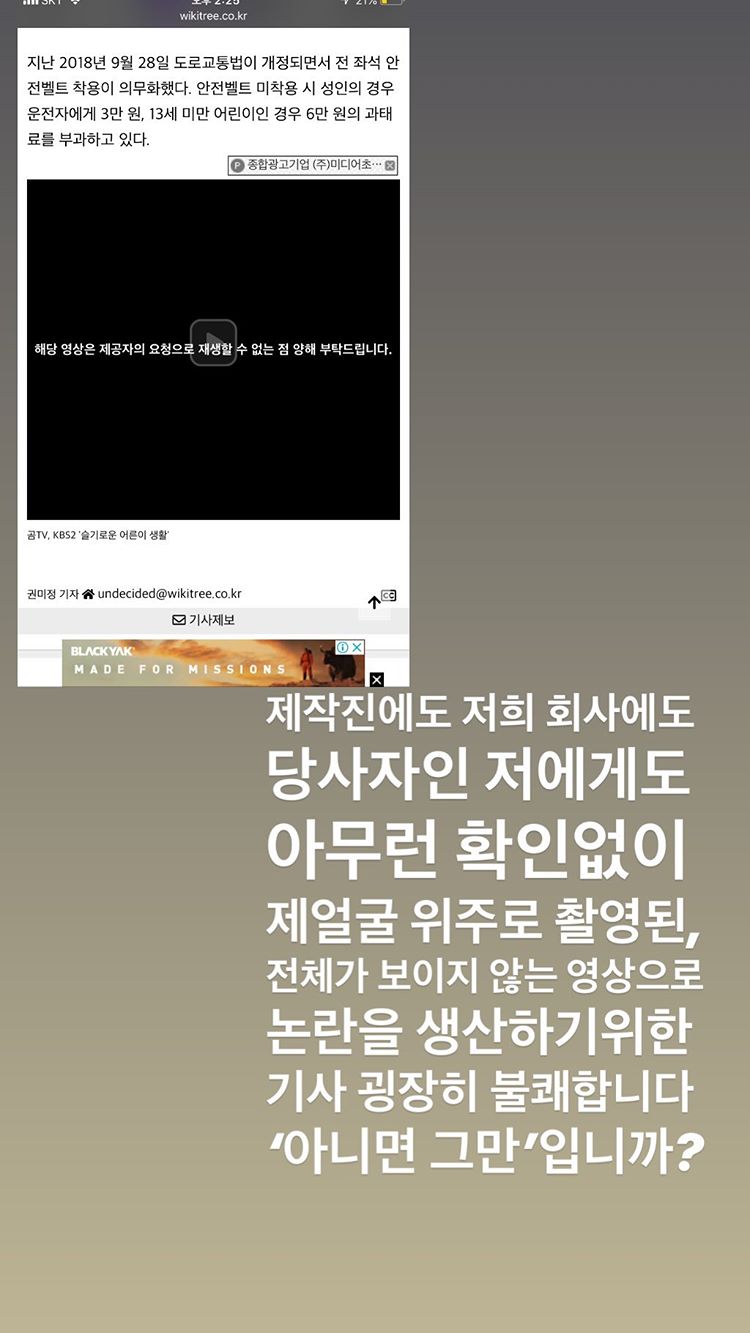 She concluded, “I’m going to sleep now that the article has been edited. I came home for the first time in four days after undergoing surgery for acute appendicitis and it will be some time before I recuperate. I hope there won’t be any other speculations or suspicions while I’m sleeping. Be healthy everyone. Don’t get sick!” 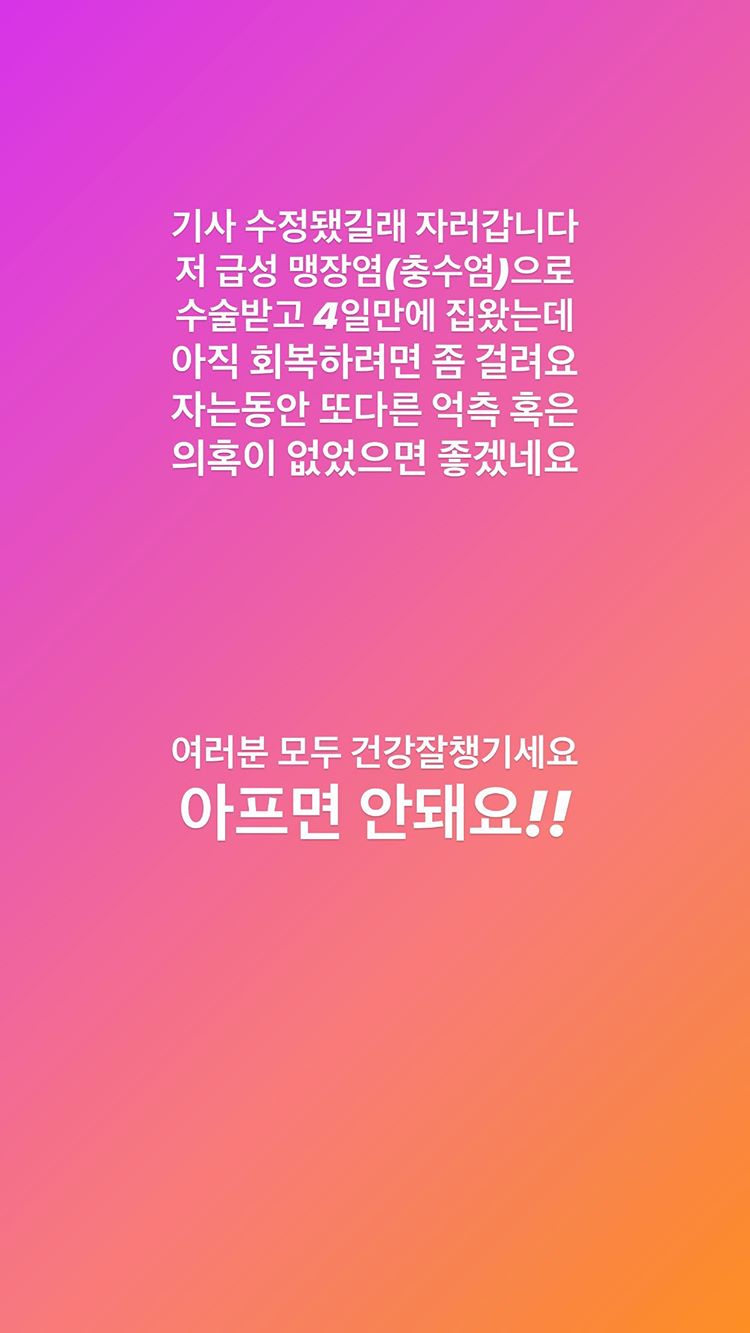