Kang Daniel Talks About Being The CEO Of His Agency, Ads He Wants To Try, And His Thoughts On Acting

Kang Daniel established his own agency KONNECT Entertainment prior to his solo debut, and he is currently active as both the CEO and an agency artist. Regarding the CEO title, he commented, “At first, the title CEO was awkward. I especially can’t get used to it when I approve important contracts and have to sign as both the CEO and the model at the same time.”

When asked what has changed the most since creating his own agency and making his solo debut, Kang Daniel answered, “I obviously have a lot more that I need to think about, and I’ve developed a lot more responsibility.”

Although having already had his fair share of advertisements, Kang Daniel mentioned other products he would like to endorse. He explained, “I haven’t yet tried hot chocolate or coffee commercials. For hot chocolate, since I like younger children, I would like to sit around with kids and say stuff like ‘This is good!'” When the other MCs commented that he should do it with Kim Kang Hoon, Kang Daniel replied, “That would be an honor.” 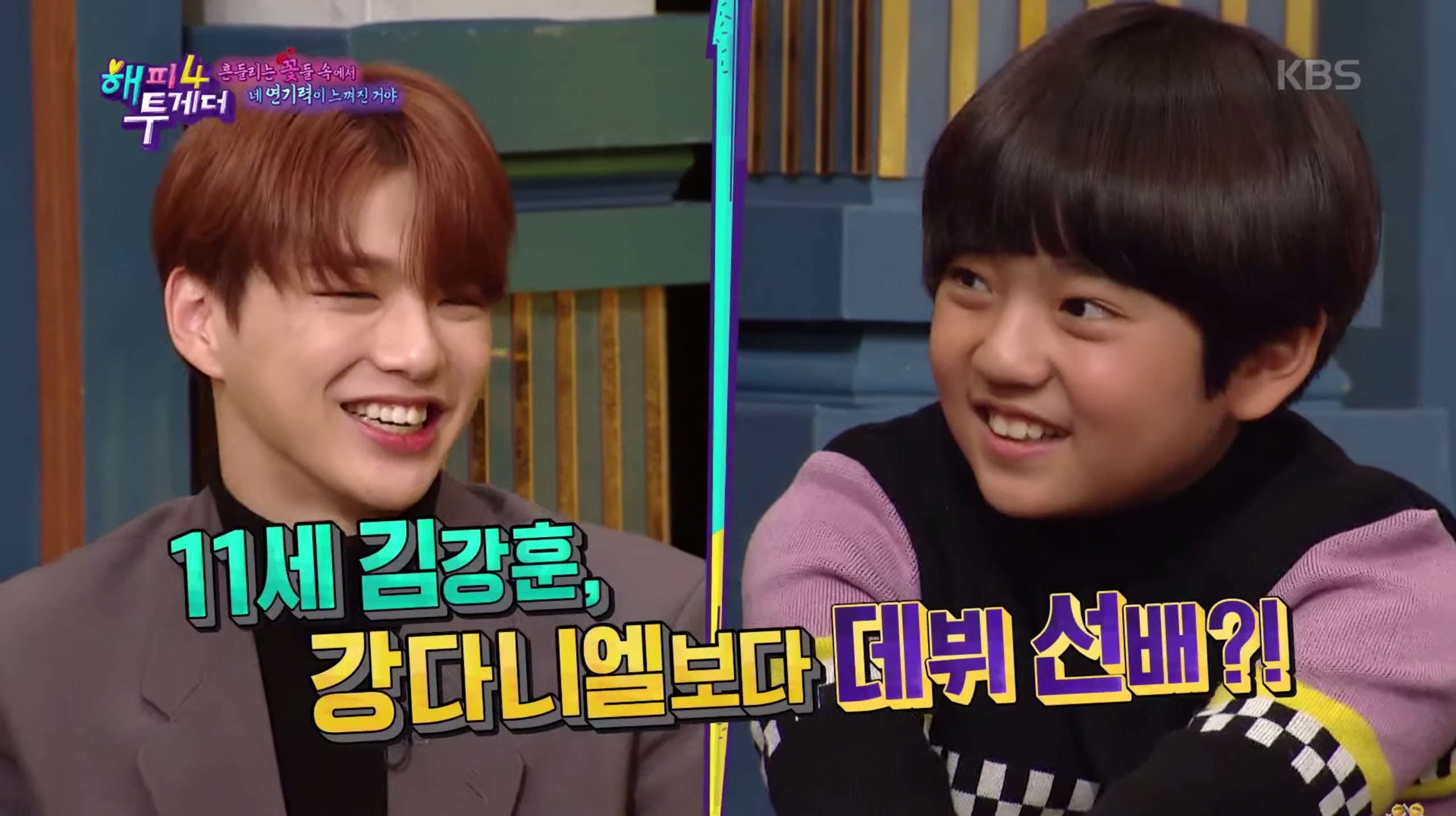 Kim Kang Hoon also revealed himself as a fan of Kang Daniel, sharing, “I watched the audition program and thought that Kang Daniel would debut. I’m really bad at dancing, but I was so fascinated while watching him dance,” allowing Kang Daniel to offer him very serious dancing advice, even personally showcasing some moves.

Kang Daniel also received high praise from Kim Young Ok, who declared him to be “1 of 1.” As someone maintaining the No. 1 spot on Idol Chart for 87 weeks straight, Kang Daniel was asked if he pays attention to his rankings. He answered, “Idol Chart is based on fan votes. I am very thankful, but it makes me wonder if fans feel pressured. Although the results are good, isn’t the process important too? I am already happy doing what I want to do and showing what I want to show while having people relate to my performances.” 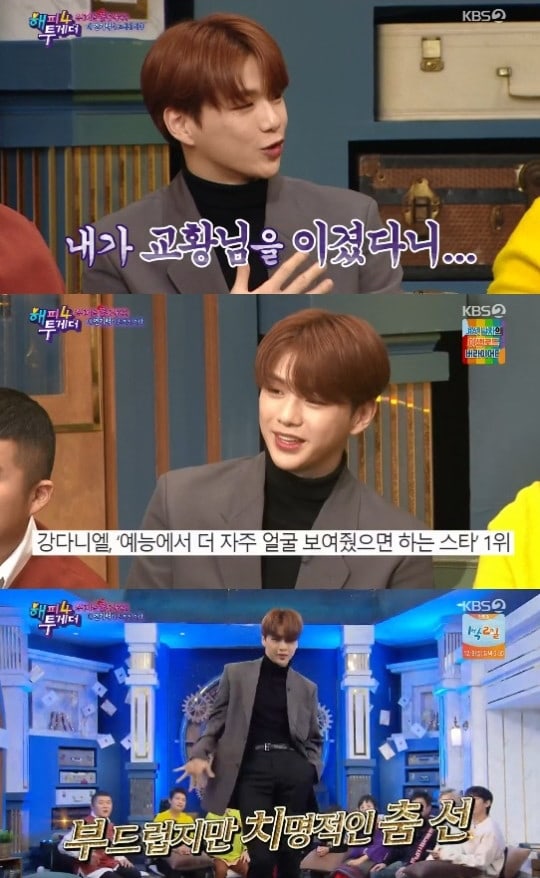 Early this year, Kang Daniel broke Pope Francis’s 2016 Guinness World Record as the fastest person to reach 1 million followers on Instagram. Regarding this honorable mention, he shared, “I wasn’t paying attention to it at all. I found out after seeing an article, and I was so shocked that I beat the Pope. After, my record was broken by Prince Harry and his wife, but being so closely associated with them made me think, ‘Am I someone of status?'”

Amidst all the actors, Kang Daniel was naturally asked if there is a film genre he would like to attempt. He replied, “I really enjoy movies. I’ve seen more than 1,000 movies.” However, Daniel revealed, “The more films I see, the more I feel that acting is an unknown domain [to me]. I don’t think it’s a field that you can attempt superficially, and I don’t think that shows courtesy to those actively in the field.”

Catch the latest episode of “Happy Together” below!

Happy Together
Kang Daniel
How does this article make you feel?