AOA Discusses “Queendom” And Concepts They Want To Try

AOA made a radio appearance following their long-awaited comeback!

After recently appearing on “Queendom,” AOA received a lot of positive feedback, on which leader Jimin commented, “I was so thankful. After reorganizing as five members, I worried a lot and felt intimidated. However, after our first performance, I gained a ton of confidence as I got the feeling, ‘We did it.’ I established a trust in myself.” Yuna added, “We prepared like trainees for our first performance of ‘Short Skirt.'” 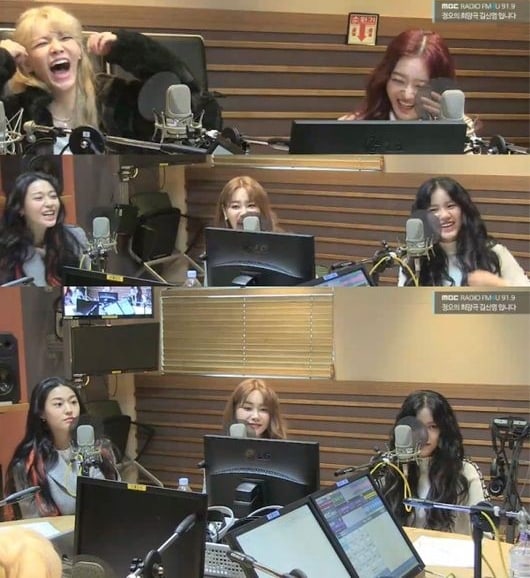 The group recently make their first comeback as five members with their sixth mini album “NEW MOON,” featuring title track “Come See Me.” Seolhyun described the meaning of their album as “The meaning that AOA will show a new image and that a new moon has risen.”

In celebration of their new album, AOA specially decorated a part of the CGV cinema in Gangnam. DJ Kim Shin Young was surprised at the extent of the promotion, asking if treatment from their company had changed since they renewed their contracts. Chanmi answered, “They are paying more attention to promotions. They ask for our opinions a lot. What’s changed the most is our ability to share opinions and contribute.”

The members also made a first place promise, referring to their hilarious failed attempt at a lemon-eating mission on “Queendom.” Jimin shared, “Hyejeong will eat a lemon,” but Hyejeong deflected the promise, saying, “We agreed to eat it together, but they keep pushing it onto me.” Although Chanmi joked that they were “A team that respects ‘majority rules,'” Kim Shin Young’s mediation concluded in their promise being to eat lemons together.

AOA went on to answer listener questions. One fan asked if there was a concept the girls wanted to try. Seolhyun answered, “We always enjoy trying new things. Although we have thoughts to try any concept, I personally want to try something like Oh My Girl‘s historical version of ‘Destiny.’ I want to try something with an oriental feel to it.”

Regarding the group’s longevity and lasting friendship, Jimin shared, “Everyone is kind. We want the same things and look towards the same place. We have trust, love, and hope for one another.”

AOA
Kim Shin Young's Hope Song at Noon
How does this article make you feel?