Pyo Ye Jin plays Oh Yoo Ri, a woman who comes from a poor family who is used to struggling. She is one of the newer hires to the company, and often the center of much gossip.

In the previous episode, Song Mi Na (Kwak Sung Young) goes to a doctor to find out that she very nearly had a miscarriage. The doctor warns her to take it easy at the beginning of a pregnancy, and Song Mi Na asks the doctor to keep the whole incident a secret. We also see Park Sung Joon (Lee Sang Yoon) stand up his wife Na Jung Sun (Jang Nara) in order to go to On Yoo Ri’s house. Scandalous!

In the new stills, On Yoo Ri comes into the office in a very fashionable outfit with her hair and makeup done to the nines. The new look seems to make heads turn in the office, with one man staring over his shoulder at her in awe.

On Yoo Ri then goes to her desk and has a seat. She appears to be rather nonchalant about the whole thing, despite the 180 degree change she’s made seemingly overnight. 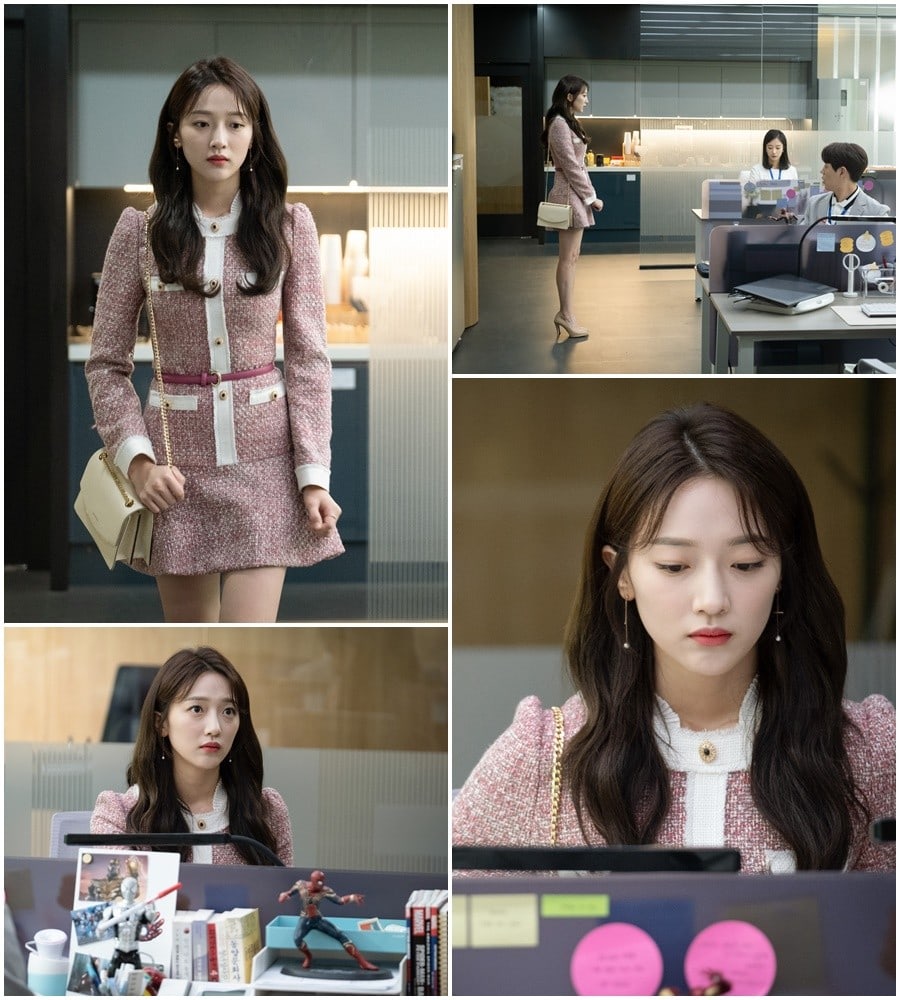 The production team said, “Pyo Ye Jin portrays the tension of her character’s change in every scene with ease, milking it for all it’s worth. How a new hire to the VIP team is able to make such a scene, and what secrets On Yoo Ri is still clinging on to… You’ll just have to wait and see how Pyo Ye Jin makes those details come to life.”

“VIP” airs on Monday and Tuesday nights at 10 p.m. KST. If you haven’t caught up on last week’s episodes of “VIP,” click the link below to do so!