“Love with Flaws” tells the story of a woman who despises flower boys and a narcissistic man who is obsessed with looks. They both work on overcoming the prejudices they have and find true love along the way.

In the previous episode, Jung Tae (Kang Tae Oh) returned after getting cosmetic procedures with a new look and confidence that shot through the roof, shocking his girlfriend Joo Seo Yeon (Oh Yeon Seo). He then announced, “I’m going to go find someone who fits me,” and broke up with her.

With these events unfolding, the new stills showing Jung Tae and Joo Seo Yeon meeting again are eliciting curiosity. Though he’d been the one to break things off, he was back with a desperate expression on his face, clinging on to Joo Seo Yeon. And there is also Lee Kang Woo (Ahn Jae Hyun) looking shocked as he watches them, hinting at a love triangle between the three that may take unexpected turns. 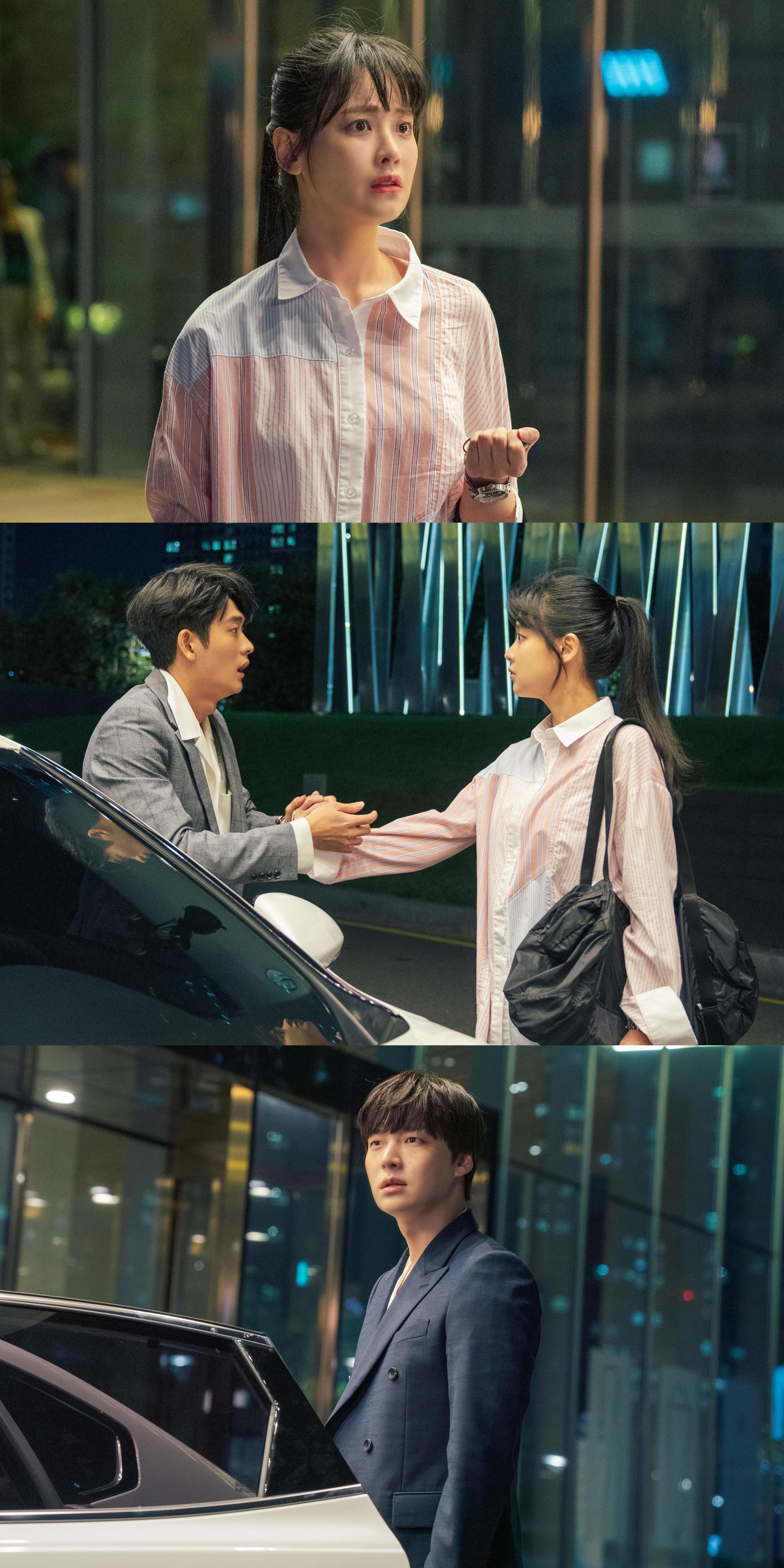 What led Jung Tae to return to Joo Seo Yeon in such a state will be revealed in the upcoming episode of “Love with Flaws,” which will air on December 4 at 8:55 p.m. KST.