“Catch The Ghost” Cast Showcases Sweet Chemistry Behind The Scenes

The series tell the story of a subway police squad that tries to hunt down an infamous serial killer known as “The Ghost.”

On November 30, the drama released photos of Moon Geun Young, Kim Seon Ho, Jung Yoo Jin, and Ki Do Hoon on set of the drama.

Moon Geun Young and Kim Seon Ho, who are keeping viewers hooked with their charming on-screen romance, smile cheerfully amidst the sweet atmosphere. In the recent episodes, their characters became closer as they found out the truth about each other’s hardships. Viewers are looking forward to the day they finally enter into a relationship.

Another still showcases Moon Geun Young and Ki Do Hoon sitting next to each other. In the drama, Ki Do Hoon plays Kim Woo Hyuk, a detective who has a crush on Yoo Ryung (Moon Geun Young). The photo gives a glimpse of Kim Woo Hyuk’s straightforward attitude towards romance as he gazes at Yoo Ryung with a caring expression, causing Yoo Ryung to respond with an awkward smile.

Despite the fact that Kim Seon Ho and Ki Do Hoon are rivals in the drama, they draw attention on set with their bright smiles and playful jokes. Viewers are enjoying their quarrelsome bromance in the drama as well.

While Jung Yoo Jin plays a stern officer named Ha Ma Ri in the drama, she is actually full of cute charms on set as she poses for the camera with a slight tilt of her head and a lovely smile. She shows great chemistry with Ki Do Hoon as partners in crime. 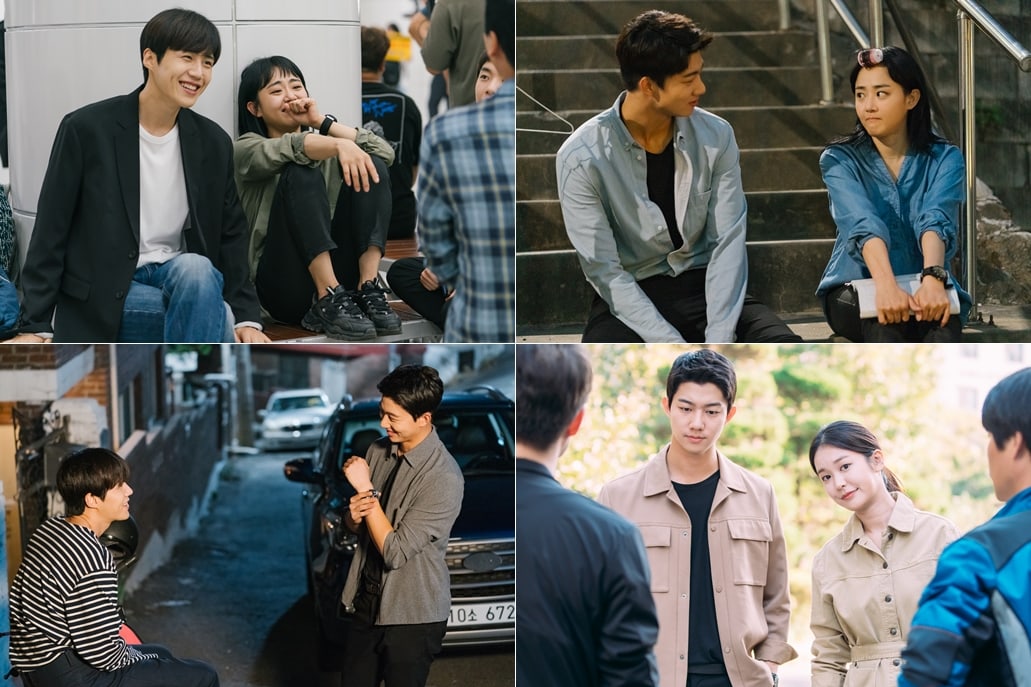