On the December 1 episode of the SBS variety show, the members congratulated Song Ji Hyo on being cast as the female lead of JTBC’s 2020 drama “Did We Love?” (literal title).

The actress will star in the drama as Noh Ae Jung, a movie producer and single mom who has spent the past 14 years focusing on work and raising her child. After meeting four very different men, her sense of self is reawakened for the first time in 14 years.

Ji Suk Jin first brought up the good news, telling the others, “Ji Hyo is joining a new drama.” As the members applauded her, Jun So Min added, “That’s right. I saw the article [about it].” Lee Kwang Soo asked, “It’s a plot with you and three men, right?” and Song Ji Hyo corrected him by saying, “It’s four men.” 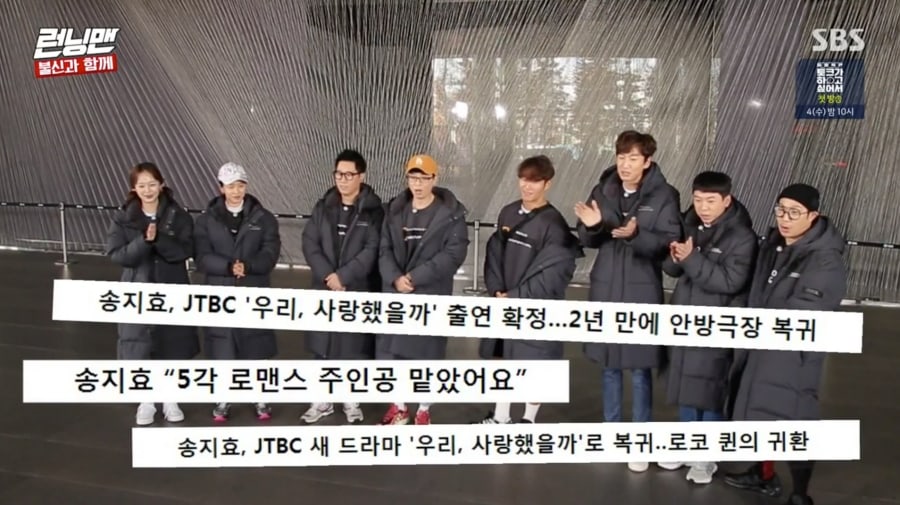 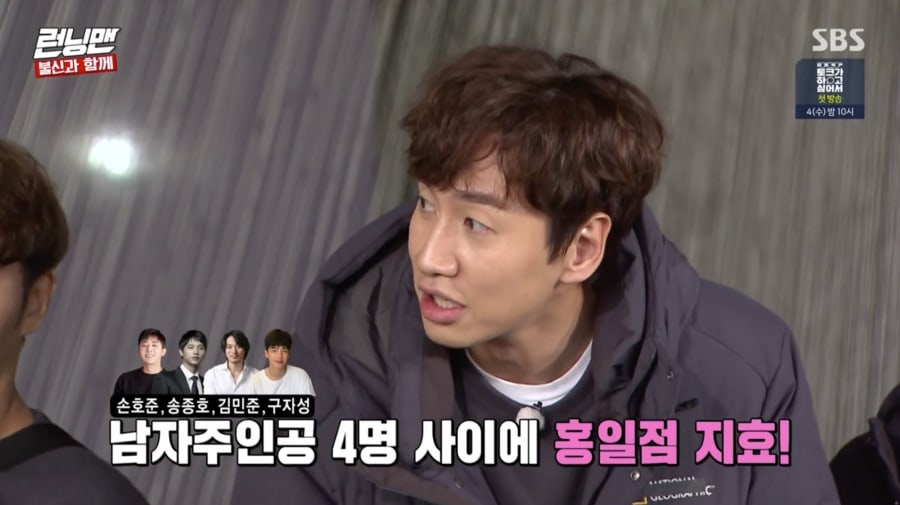 Kim Jong Kook commented, “The director is a close friend of mine. It’s [Kim] Suk Yoon hyung.” Yoo Jae Suk was surprised by the news, and Song Ji Hyo explained that Kim Suk Yoon is the chief producer (CP) of the drama. 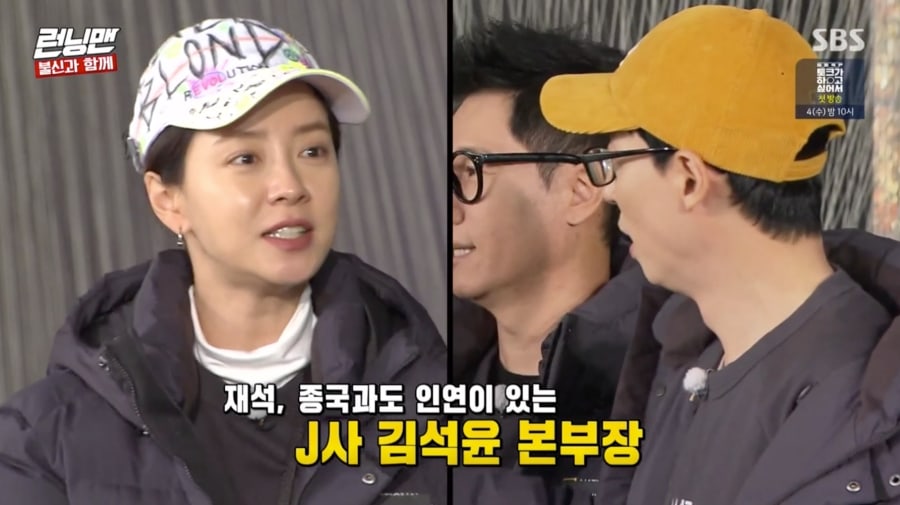 Bringing up his past variety show “Super TV Sunday Fun” (literal title), Yoo Jae Suk insisted that he was close with Kim Suk Yoon as well. “It looks like I’ll need to give him a call,” joked Yoo Jae Suk. “He’s a hyung who I used to play [the game] ‘Kung Kung Ta’ with!” Kim Jong Kook protested, “Stop it! I used to do ‘Dream Team’ with him!”

Yoo Jae Suk went on to explain, “[Kim Suk Yoon] is the person who first gave me a grasshopper mask. When no one was willing to take me on in variety shows, he told me to come up to the sixth floor and put the grasshopper mask on his desk. He told me, ‘If you want to do variety shows, you need to wear this.'”

Upon hearing the story, Yang Se Chan and HaHa described the CP as Yoo Jae Suk’s hero, and Yoo Jae Suk agreed, “He’s one of the people who made me who I am today.” 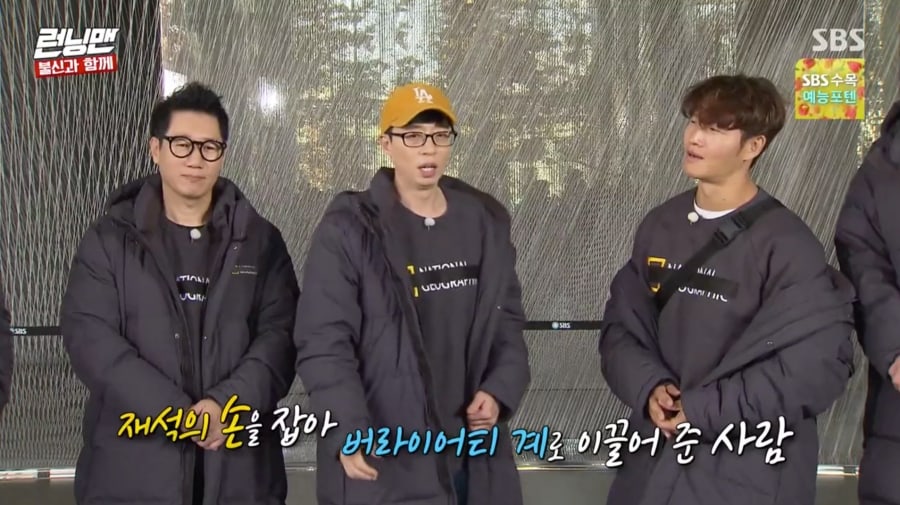 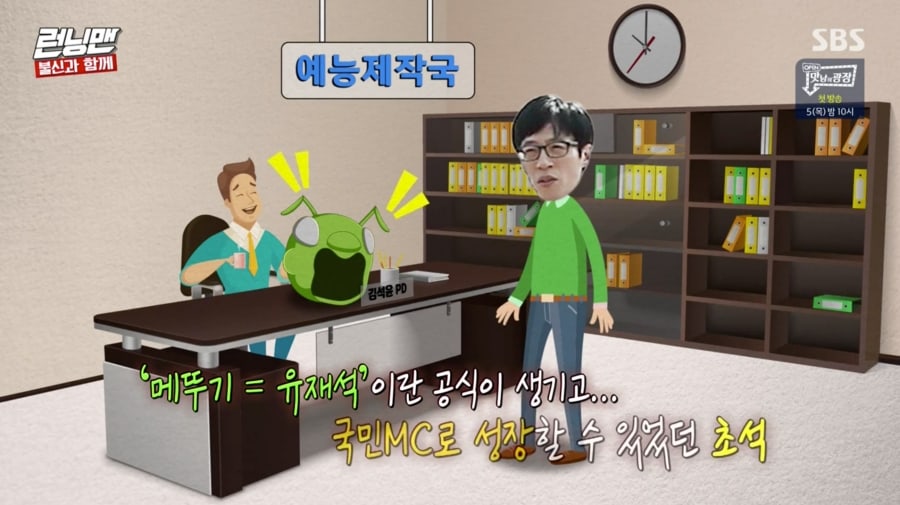 Kim Jong Kook then shared his own story about Kim Suk Yoon, recalling, “Since back when I was promoting ‘One Man,’ he told me I should go into acting.” He added with a laugh, “He hasn’t contacted me since.”