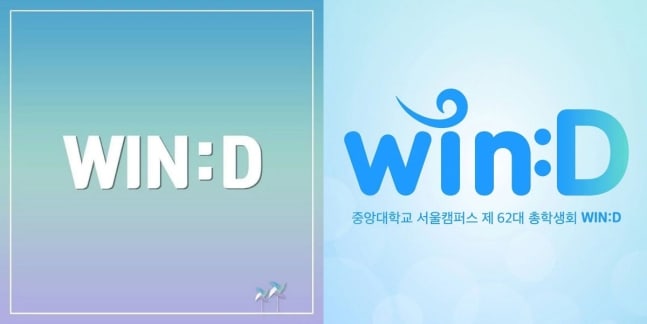 This is Swing Entertainment.

The company is aware of the issue regarding the matter fans have sent in.

The word ‘WIND’ itself can be used by anyone, however, the usage of ‘WIN:D’ with the official mark and smiling logo appears to be ‘identical’ rather than ‘similar,’ so we think that this is very unfortunate.

We are requesting that Chung Ang University’s 62nd Student Association officially apologize to Kim Jae Hwan’s fan club ‘WIN:D’ and that they replace the icon (WIN:D) and logo.

Another aspect that we cannot understand is how it was determined that there were no issues after searching on portal sites and searching articles and images related to ‘WIN:D.’

‘WIN:D’ is a precious fan club name decided on together by Kim Jae Hwan and countless fans, and the icon as well as the logo also hold a lot of meaning.

Despite the 62nd Student Association, who represent those at the center who move ‘From the center of Korea to the center of the world,’ being aware of the issue at hand, we didn’t think they would just skip the problematic issue with words such as ‘coincidence’ and ‘unfortunate,’ so we hope that they apologize for their wrongs, correct their mistakes, and show an honest and genuine student association that can create a student society in which students can take pride in being a student of Chung Ang University.

We wanted to deliver words of consolation to all the fans who felt uncomfortable with the matter at hand, and we will work continuously until an official apology and logo replacement regarding the issue mentioned has been carried out.

Currently, Kim Jae Hwan is preparing for his comeback with his second mini album “MOMENT.” It was recently announced that Park Ji Hoon and Ha Sung Woon will be attending Kim Jae Hwan’s solo concert in order to show their support.

Kim Jae Hwan
Swing Entertainment
How does this article make you feel?