Hyun Bin and Kim Jung Hyun will be captivating viewers with their contrasting charms in tvN’s weekend drama “Crash Landing on You.”

“Crash Landing on You” tells the story of Yoon Se Ri (Son Ye Jin), a wealthy South Korean heiress who is forced to make an emergency landing in North Korea during a paragliding trip due to unexpected high winds. There, she meets North Korean officer Ri Jung Hyuk (Hyun Bin), who falls in love with her while hiding her and trying to protect her.

In the drama, Hyun Bin plays Ri Jung Hyuk, a North Korean officer who is always perfect at his job and does things by the books. Though he appears cold, he is someone who always looks out for his people and takes care of them. Meanwhile, Kim Jung Hyun takes on Ku Seung Jun, a young, charismatic businessman who will do whatever it takes if he can make a bigger profit.

The new stills give a glimpse of how the two characters will be different. While Ri Jung Hyuk tries to stick to the rules in everything he does, Ku Seung Jun puts his personal greed above all else. The two of them will face each other with Yoon Se Ri in the middle. Ri Jung Hyuk was a rising officer with great potential but his future becomes shaky as he starts to help Yoon Se Ri in North Korea. Meanwhile, Ku Seung Jun has a past with her and when they run into each other in North Korea, he approaches her with his true intentions hidden. 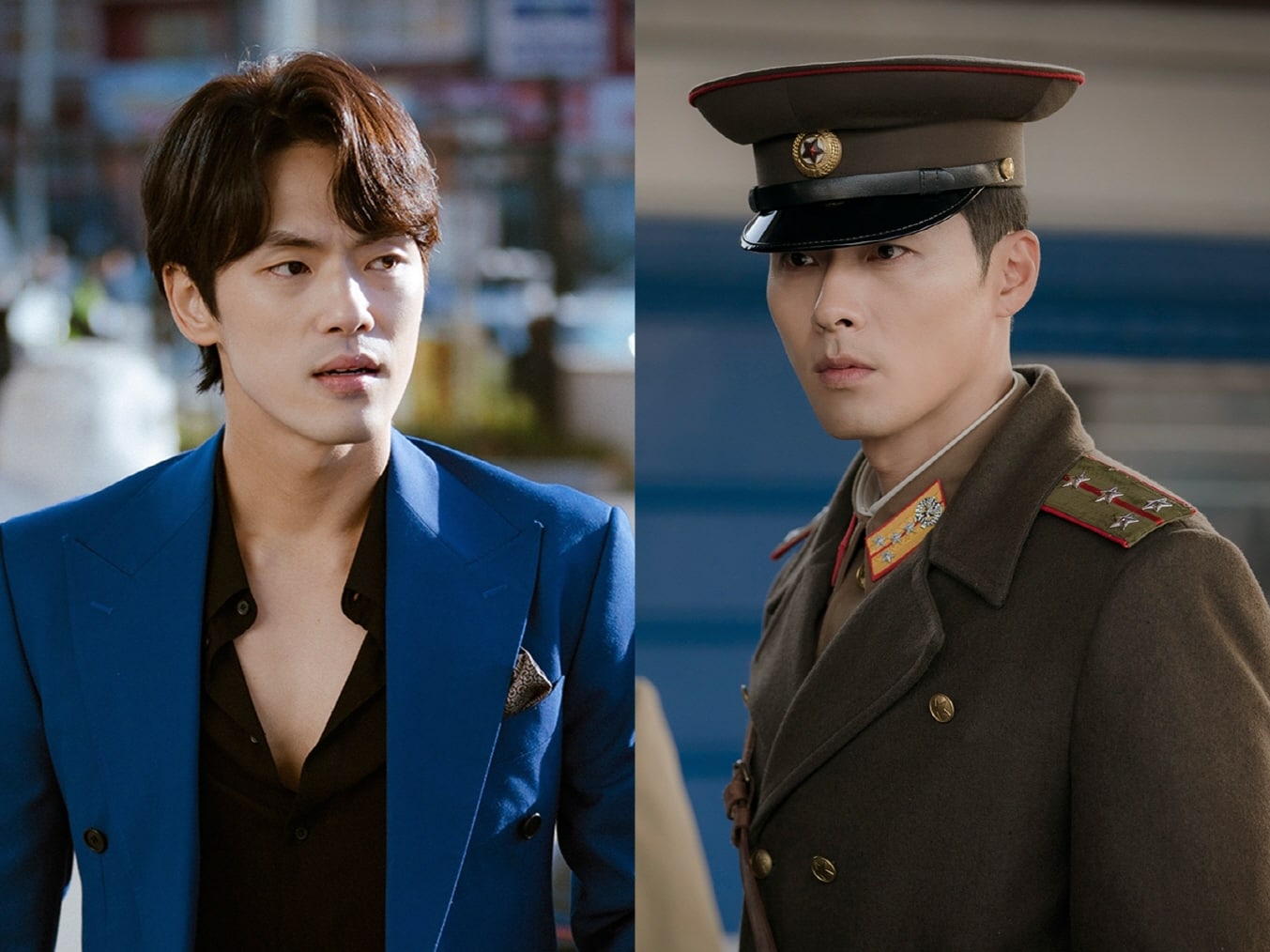 The two characters and their contrasting charms that are like fire and ice will be revealed in the premiere of “Crash Landing on You,” which will be on December 14 at 9 p.m. KST.

Hyun Bin
Kim Jung Hyun
Crash Landing On You
How does this article make you feel?