Lee Dong Wook’s talk show “Because I Want To” made its highly anticipated premiere!

On the December 4 episode, Lee Dong Wook made his debut as a talk show host and welcomed his first guest Gong Yoo onto the show. 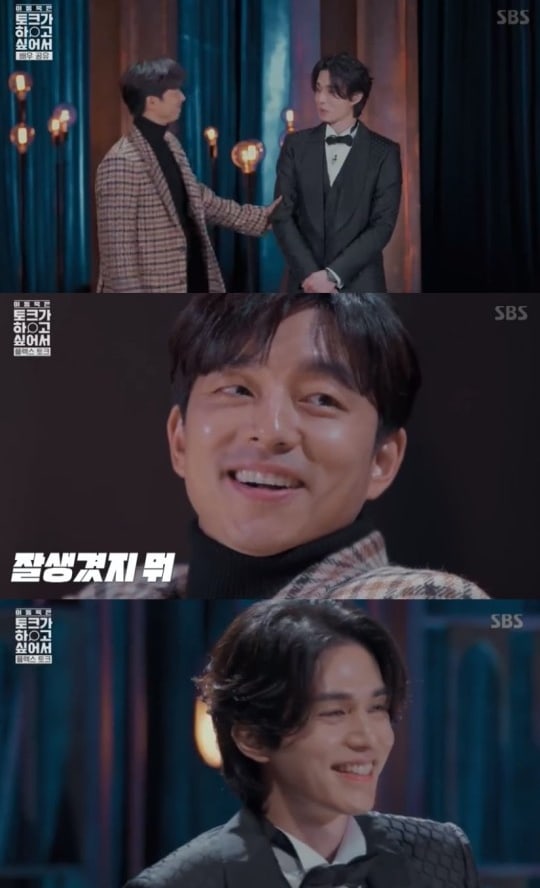 Speaking about his decision to appear on the show, the actor said, “I didn’t appear on these kinds of shows in the past because I didn’t think I had anything to talk about since I’m not a fun person. I don’t feel pressure about being questioned by someone who knows me well. I was able to appear on something like this after a long time thanks to Lee Dong Wook.”

The two stars then discussed each other’s acting. Sharing stories from the filming for “Goblin,” Lee Dong Wook said, “Gong Yoo bawled when the director said action. I was standing next to him and became emotional.” Gong Yoo replied, “I feel sad. Stop talking about it.” Lee Dong Wook continued, “I feel the emotions coming up again. We need to talk about things like this while drinking.”

Sub MC Jang Do Yeon then asked Gong Yoo to pose according to article headlines. Before posing with the actor for the headline “Heart attack eye contact,” she startled the actor by saying, “We’ll live a good life.” She made everyone laugh by collapsing after looking into Gong Yoo’s eyes.

They also recreated the most famous scene from the “Goblin” where Gong Yoo and Lee Dong Wook walked out of the shadows to save Eun Tak (played by Kim Go Eun). Gong Yoo made sound effect noises with his mouth and expressed his desire for a wide assortment of things to complete the scene.

During the self-praise segment, Gong Yoo sat comfortably by slouching in his chair. Lee Dong Wook said, “I don’t cross my legs in front of viewers,” and Gong Yoo replied, “You’re a show host who makes your guests feel uncomfortable.”

When asked why he thinks the public loves him, Gong Yoo offered a humble version and flex version of his answer. Speaking humbly, he said, “I feel embarrassed whenever this question comes up. I think it’s because I approach my projects with sincerity. I carefully make that assumption.” As for his flex version, he stated, “I have so many things to brag about that I need to think about it. It can’t all go on air. Lee Dong Wook is a bit impatient. Well, I’m handsome. People say that clothes look good thanks to me.”

He continued, “As for beer, people say that it’s doing well thanks to me. I hear 10 bottles are sold per second. They already achieved their goal for this year in the summer. I guess that’ll do.

Gong Yoo then made Lee Dong Wook laugh by saying, “You can become like me if you work a little harder. I’m the advertising model for a furniture company and the YouTube ad reached 10 million views. My films have 10 million moviegoers and my ads also get 10 million views.”

While speaking about their fit bodies, the actors added, “You don’t ask us if we have abs, but how deep they are.” 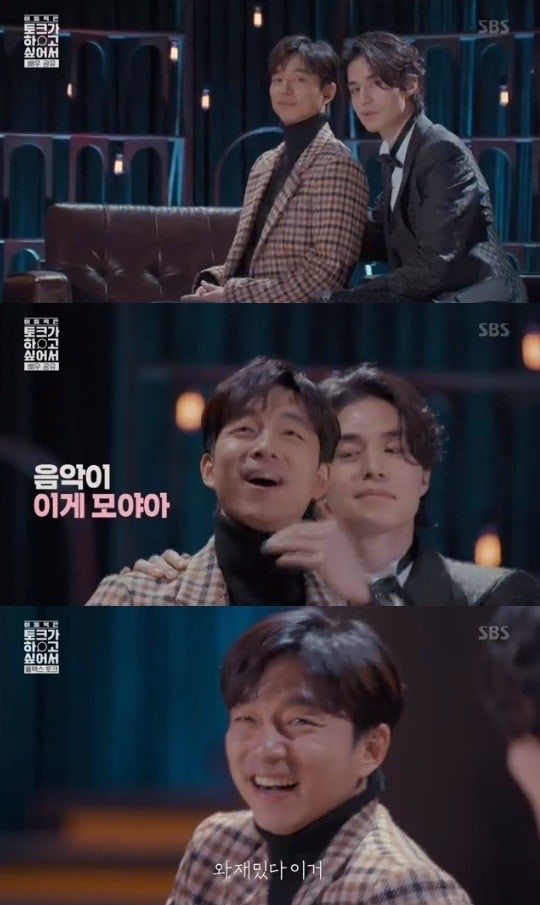 The show also aired a clip from their trip to Jeju Island where they celebrated Lee Dong Wook’s birthday. Lee Dong Wook said, “It feels as if we’re on a date. I didn’t know that two men would come here like this.” He then suggested they hold hands. Lee Dong Wook was about to grab Gong Yoo’s hand, but quickly moved it away.

At a sea urchin bibimbap restaurant, the actors looked over the menu. Lee Dong Wook asked if he wanted to drink. Gong Yoo drank rice wine alone since Lee Dong Wook had to drive and enjoyed the drink with some seafood and green onion pancakes.

Gong Yoo then took a photo of the food once the sea urchin bibimbap arrived. “I would probably only have pictures of food if I had an Instagram account,” he said. When asked if he enjoyed eating, he answered, “I’m someone who lives for the joy of eating. So it’s really difficult when I play a character who has to control his diet.”

He then quickly left the room under the pretense of looking for the bathroom before returning with a cake with the help of the restaurant owner. Looking around the restaurant, Lee Dong Wook caught Gong Yoo preparing the cake. Expressing disappointment at the botched surprise, Gong Yoo said, “I’m annoyed!”

Lee Dong Wook thanked him for the cake. They carried on a conversation about what he’s been up to since “Goblin” and scribbled on the wall to commemorate their visit. 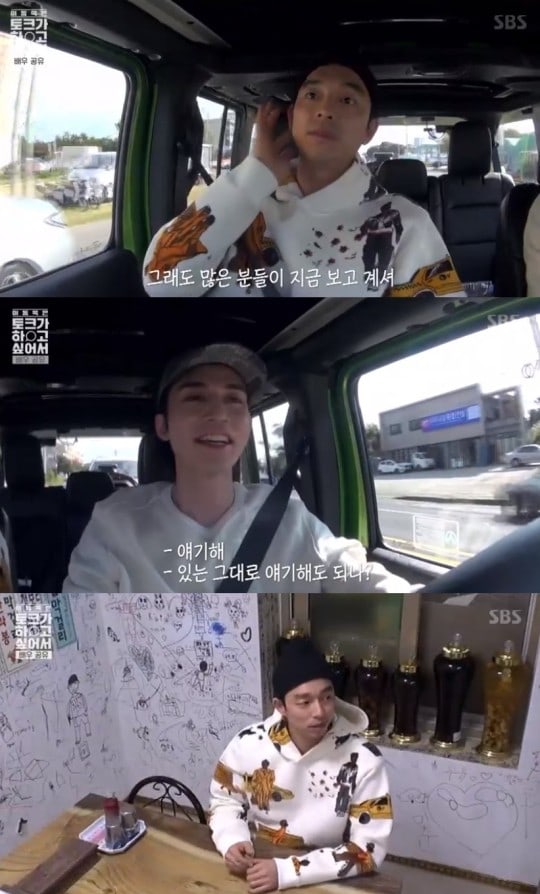 “Because I Want to Talk” airs on Wednesdays at 10 p.m. KST, and will soon be available on Viki!

In the meantime, watch the trailer below:

Watching the actors in “Goblin” now!

Lee Dong Wook
Gong Yoo
Because I Want to Talk
How does this article make you feel?