EXO Talks About Potential For Contract Renewal, Complaints About SM, Their Close Relationship, And More

EXO appeared on the December 4 episode of “Radio Star” and shared their thoughts on their future, company, and more.

During the show, EXO’s leader Suho shared that he’s been feeling upset by SM Entertainment recently, and he explained why.

“For example, when ‘Growl’ did well, we filmed music videos overseas and it seemed like a lot of money was spent,” he said. “Nowadays it seems like things are more simplified. They say to us, ‘It’s minimalism.'” 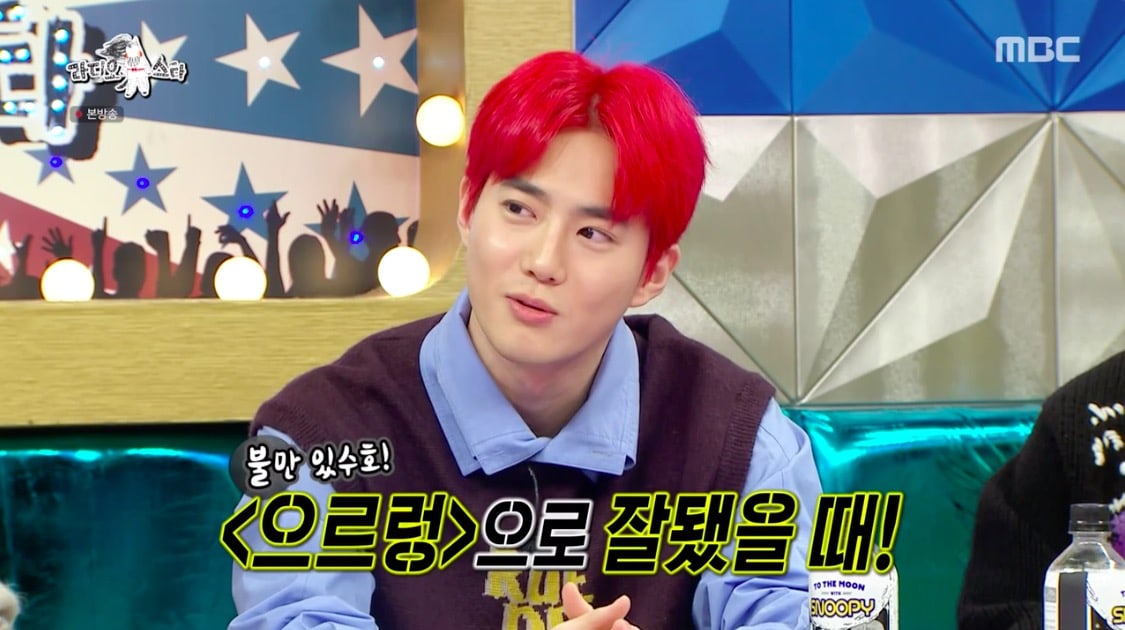 He then made everyone laugh when he seemed to suddenly remember another complaint. He explained that he’d remembered how when they went overseas for a concert, he hadn’t been given a suite in the hotel like he usually would as the leader. “At some point, I started being given a twin room,” he said.

When asked by the MCs, the other members confirmed that Suho used to be put in a suite, and he was the only member to get that. Chanyeol explained that for everyone’s safety, they usually rent out a whole hotel floor. He said Suho’s room would be the biggest and the place where they all gathered, but lately Suho’s in a very small room. 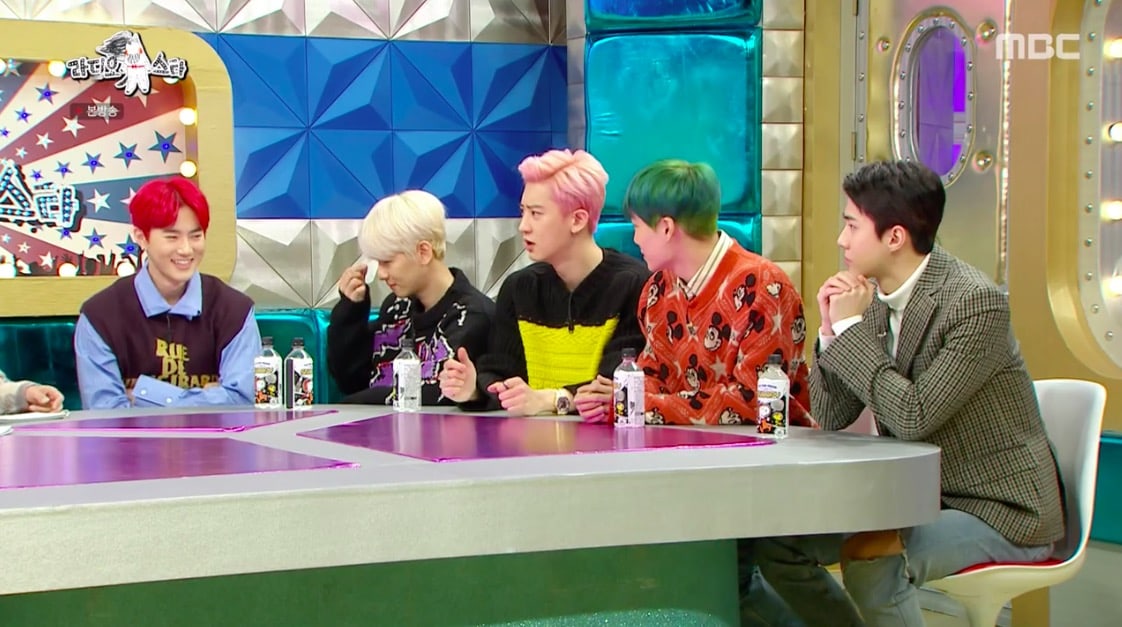 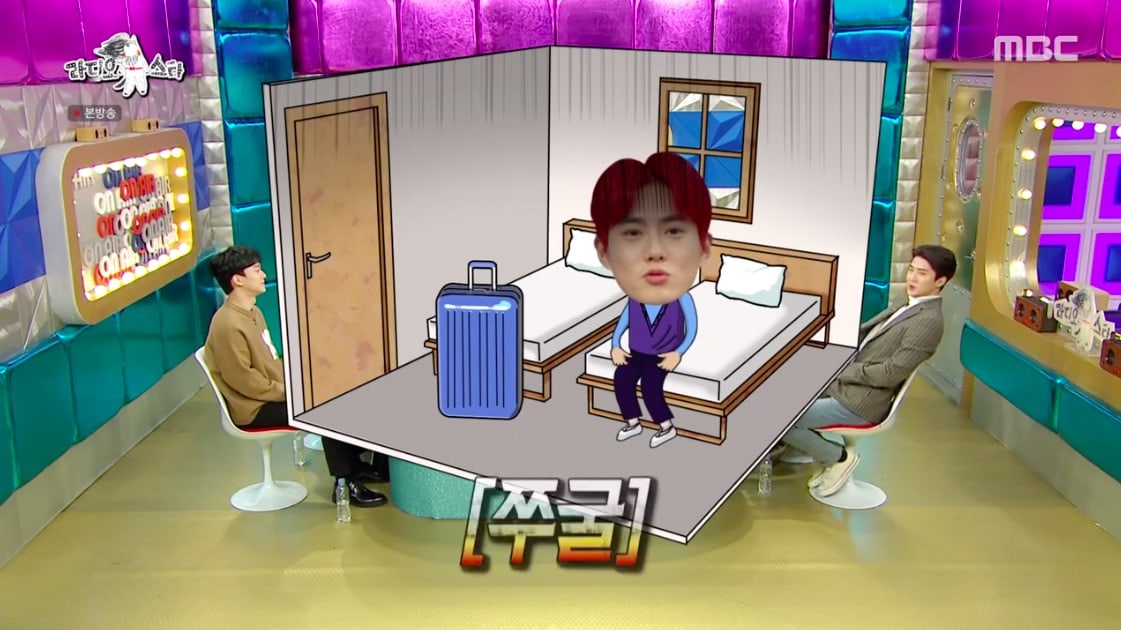 Later on in the show, the hosts asked the other members if it’s true that Suho takes care of the members’ mental states as the leader. The guys pretended to fake laugh as they agreed, but then they told a story that showed it was true.

Suho shared that he’d sent Baekhyun a message when he was worried about him because he finds it hard to take flights but was having to fly for SuperM concerts. “But then he replied with, ‘Are you drunk?'” said Suho. Baekhyun responded that he’d just felt a bit awkward.

Baekhyun explained, “He’d told me that he knew that I was crazy busy, had no time for myself, and was working like a machine, but later on when I look back on it, it will all have been beneficial for me. He said it wouldn’t be bad for my career, so I should hang in there a bit more and he hoped we could do it together. I thought that saying ‘Thanks’ would be too different from the usual way I act with him, so I said ‘Are you drunk?'” 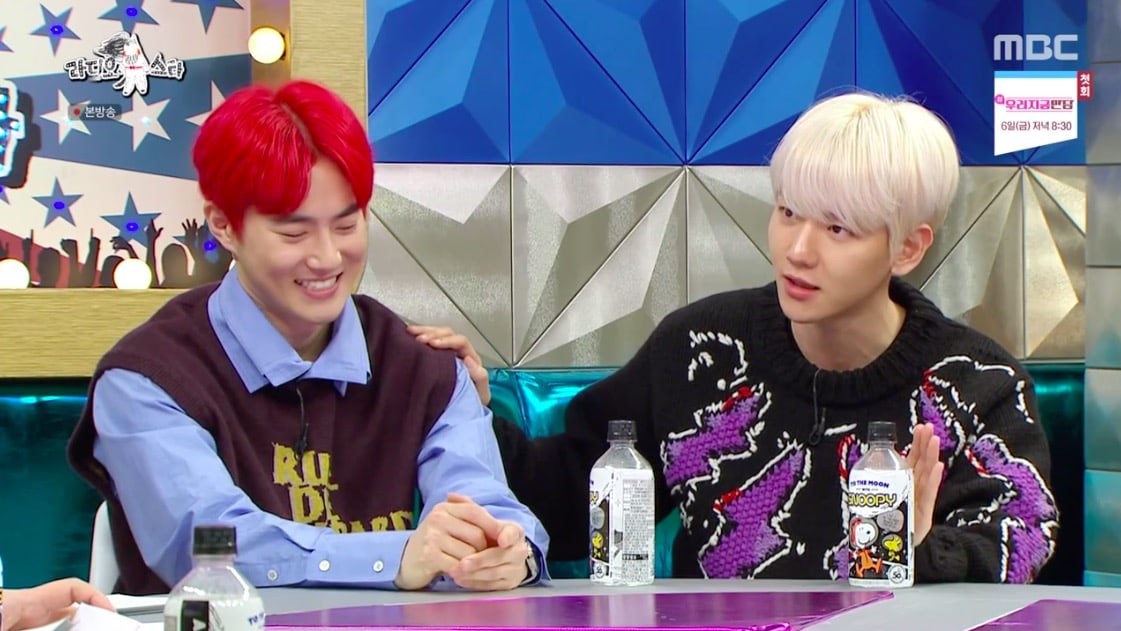 Kai was then asked to explain the story behind how he’d said that there’s one member that he’s worried about mentally. Kai replied, “I think all of the members are strong mentally. I don’t have any worries. But when I think about myself, I’m someone who definitely gets influenced when I look at malicious comments. And I think that I’m not strong mentally. So now I don’t even look at them, I try to avoid them. I also tend to blame myself and have regrets, so I’m trying to change that too.” 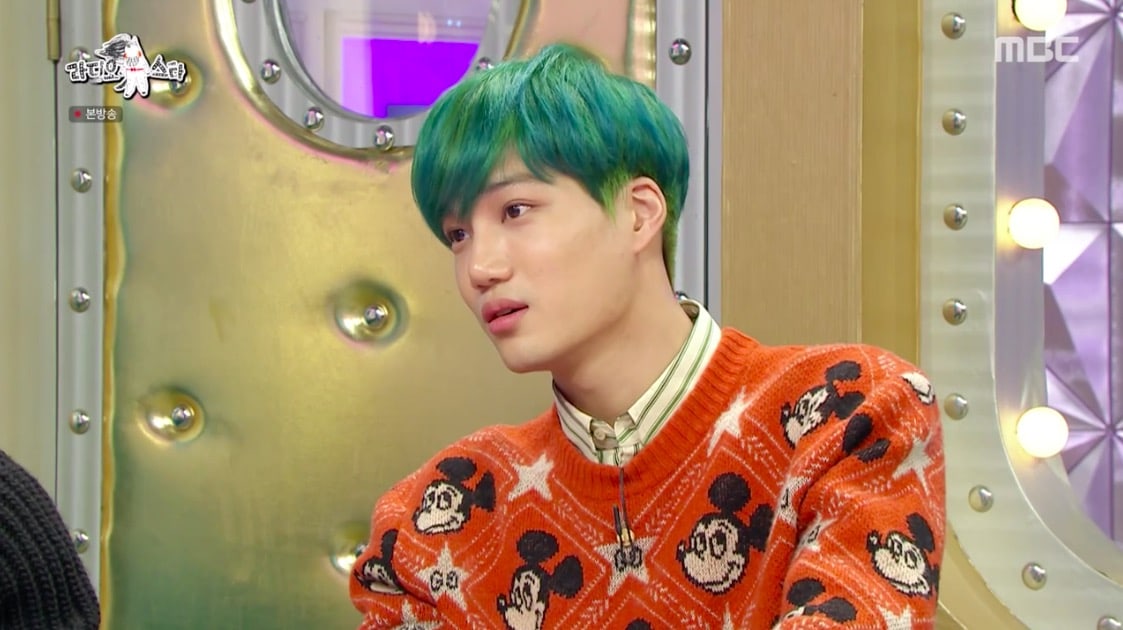 The hosts also asked Sehun to talk about how he said he’d overcome a tough time thanks to the members.

“There was a tough time,” agreed Sehun. “More so than having serious talks with the members, it was being together with the members that gave me happiness. That gave me a lot of strength. I thought that we’ve spent eight to 10 years together, and it wasn’t in vain. I thought, ‘We don’t have a business relationship,’ ‘We’ve become close,’ and ‘We’re really like a family.’ That was healing for me and I got through it.” 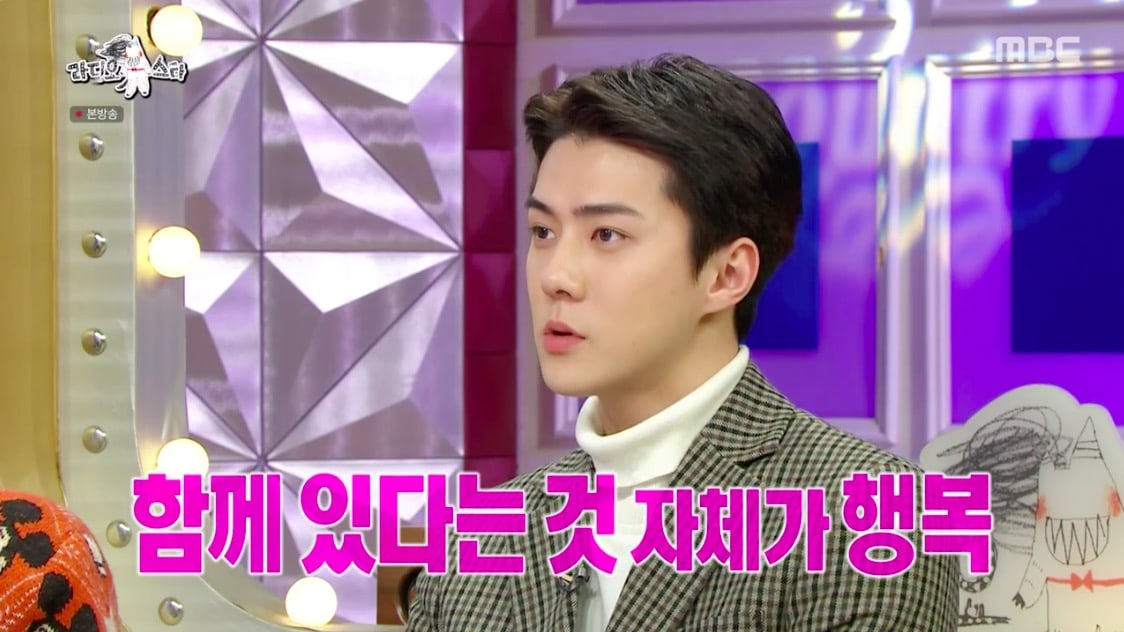 Finally, the hosts asked Suho if it’s true that the members have talked about renewing their contracts.

Suho replied, “Of course. We haven’t talked about it with the company, we’re just talking amongst the members.” He added jokingly, “I’ve said a lot that I’ll become the director of SM…”

“The members will be all together, whether we’re at SM, or we make our own label, or we go to another label,” he continued. “There’s two years left, or four years including time for military service, so we’re feeling relaxed as we think about it.”

EXO
Radio Star
How does this article make you feel?