Unlike previous legal dramas, which tended to focus on the high drama and media glitz of the Seoul Central District Prosecutors’ Office, “War of Prosecutors” shows the average lives of ordinary prosecutors. Lee Sun Gyun plays Lee Sun Woong, who works at the Public Prosecutors’ Office in his local district, and Jung Ryeo Won plays Cha Myung Joo, who is rising in her career at the Central District Office when she is suddenly transferred to a branch office.

The two actors filmed a commercial together about 10 years ago, but have not worked together since. They said, “At the time, we thought our chemistry was good, and now we’ve finally met again. We wanted to act together, so we’re glad that we could meet through a good project. We’re having a lot of fun filming.”

Lee Sun Gyun said, “Jung Ryeo Won is a very passionate and detailed actor. She has the most positive energy out of anyone on set and it’s very welcome from the point of view of someone who works with her.”

Jung Ryeo Won added, “We’re good friends, so being on set is fun.”

The drama also shared stills of a meeting between their characters in the drama, running into each other late at night and discovering that their offices are basically next door to each other. Although the two of them will be colleagues from now on, there’s still an air of awkwardness around their handshake. 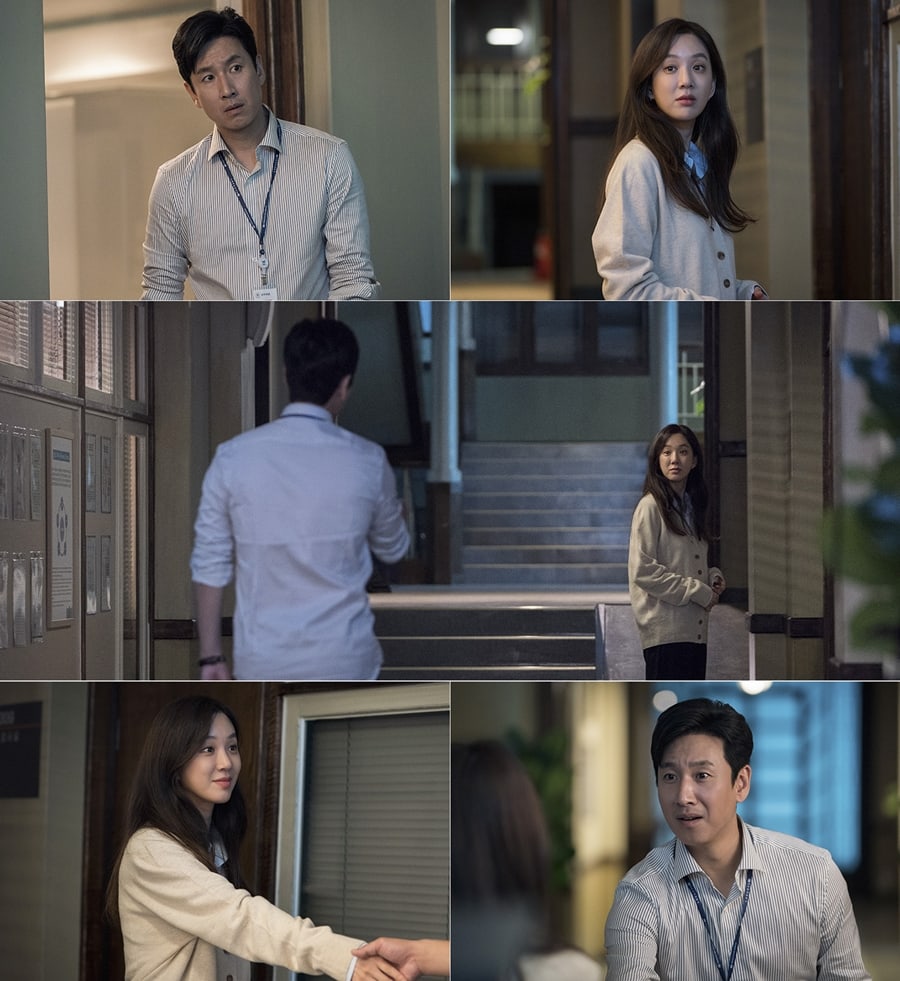 “War of Prosecutors” premieres on December 16 at 9:30 p.m. KST and will be available on Viki.