tvN’s upcoming weekend drama “Crash Landing on You” has released its main poster!

The drama will tell the story of Yoon Se Ri (Son Ye Jin), a wealthy South Korean heiress who is forced to make an emergency landing in North Korea during a paragliding trip due to unexpected high winds. There, she meets North Korean officer Ri Jung Hyuk (Hyun Bin), who falls in love with her while hiding her and trying to protect her. 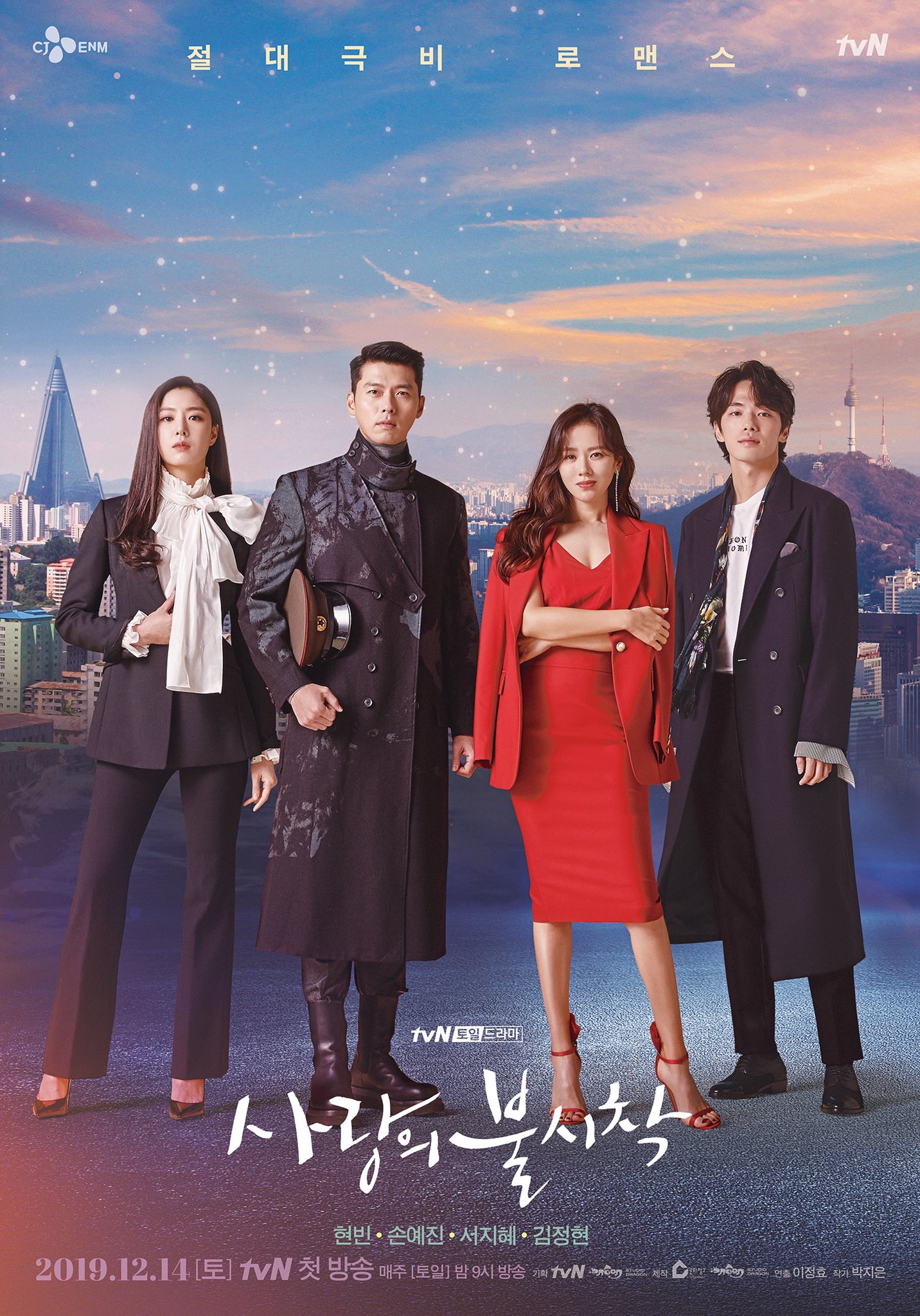 Yoon Se Ri and Ri Jung Hyuk are wearing completely contrasting outfits that stand out in the poster. He wears a black coat and holds his military cap in his right hand, reflecting his personality of following the rules and not compromising to injustice. Meanwhile, Yoon Se Ri stands out in an all-red outfit that goes well with her status as a carefree heiress. Seo Dan has her head tilted up with an intimidating aura that makes it seem difficult to approach her while Ku Seung Jun has an unreadable look in his eye as he cooks up a plan for his own benefit.

The lives of the four characters will intersect in many interesting ways in the upcoming drama “Crash Landing on You,” which will premiere on December 14 at 9 p.m. KST.