Lee Kwang Soo suffered another round of merciless teasing on the latest episode of “Running Man”!

During the opening of the episode, Yoo Jae Suk pointed out that it was YooA’s first time appearing on “Running Man,” and she replied with a laugh, “Yes, I’m so nervous right now! I can’t tell if I’m shivering from the cold or I’m trembling because I’m nervous.” 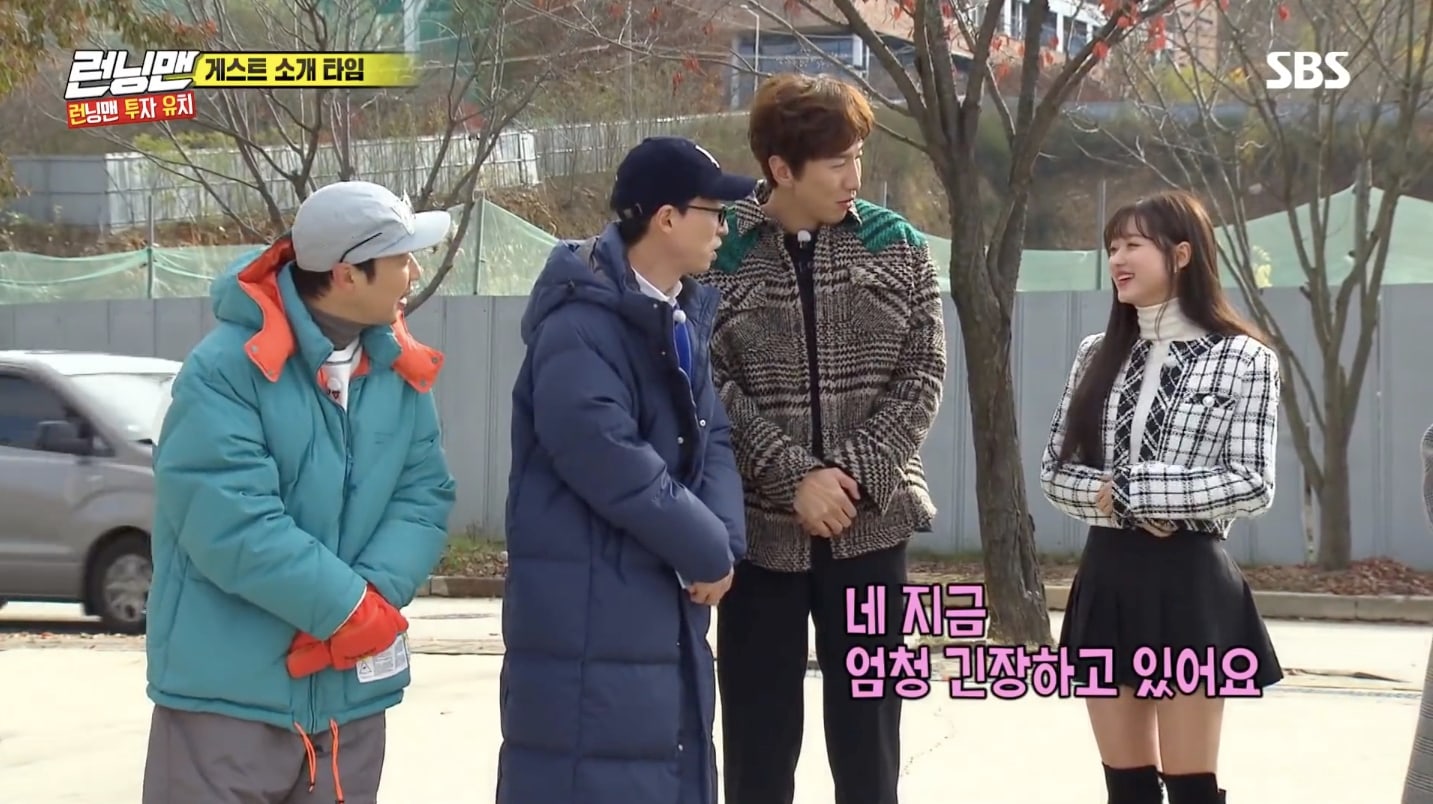 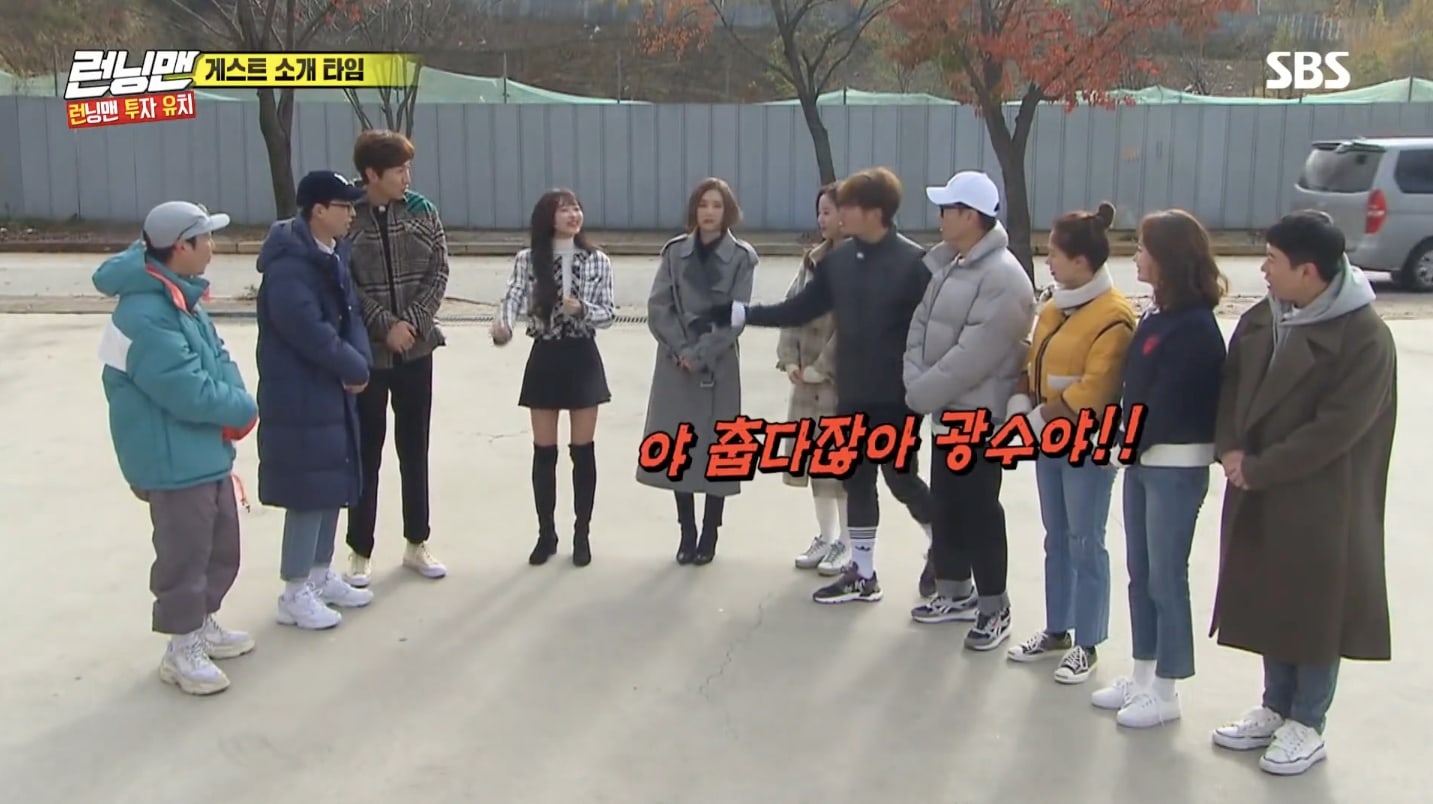 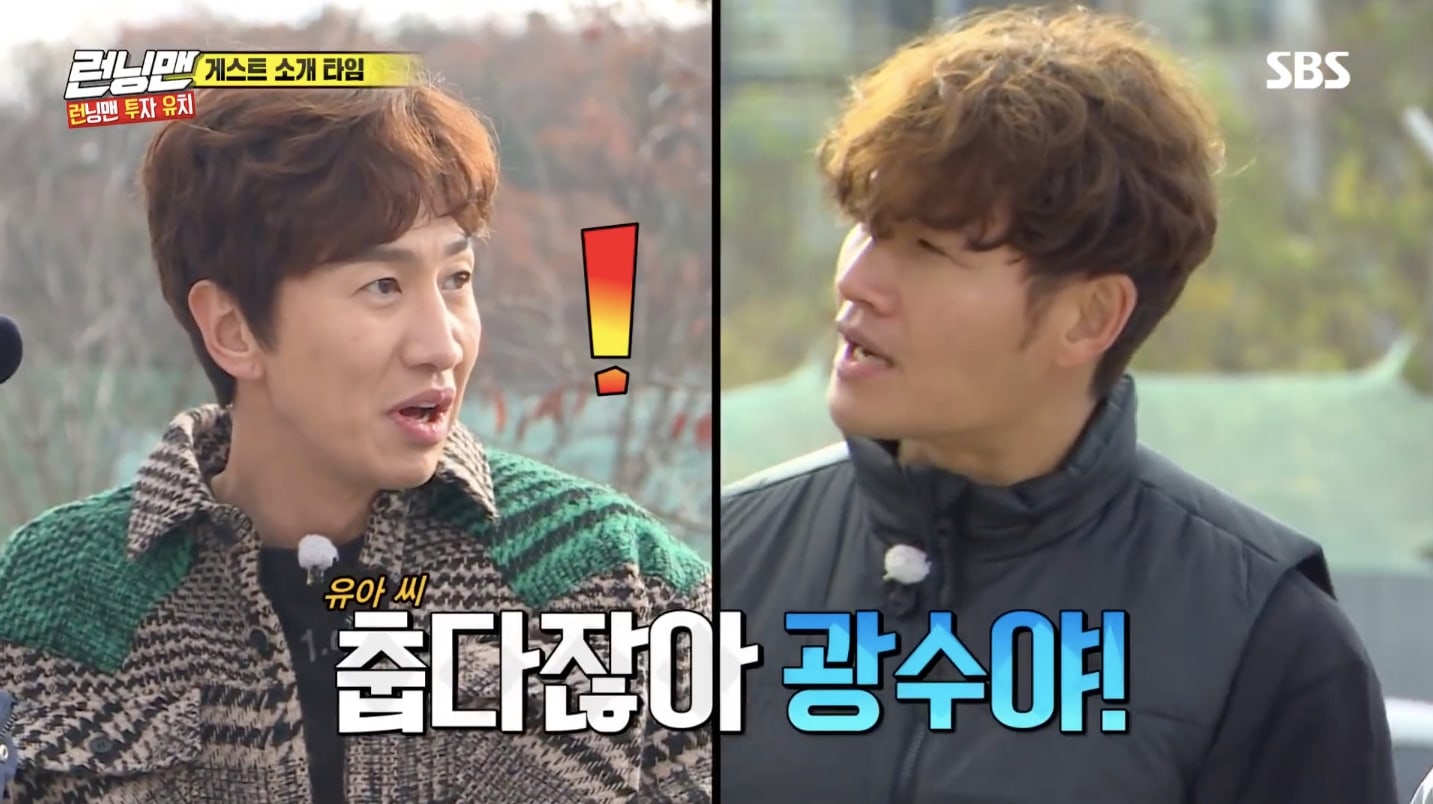 Yang Se Chan chimed in, “That’s right,” and Kim Jong Kook playfully commented, “You used to take off your jacket [for female guests], but you don’t do things like that anymore these days.” Lee Kwang Soo jokingly excused himself by replying, “I’m starting to develop a cold.”

When YooA turned to him expectantly, Lee Kwang Soo asked her lightheartedly, “Will you be satisfied if I take off this [jacket]?”

HaHa then jokingly reprimanded him with a serious expression, asking, “Kwang Soo, what are you doing, standing next to her like that when she’s cold?” Kim Jong Kook joined in, “What are you doing? She said she’s cold!” and Jun So Min agreed, “She’s a girl.” 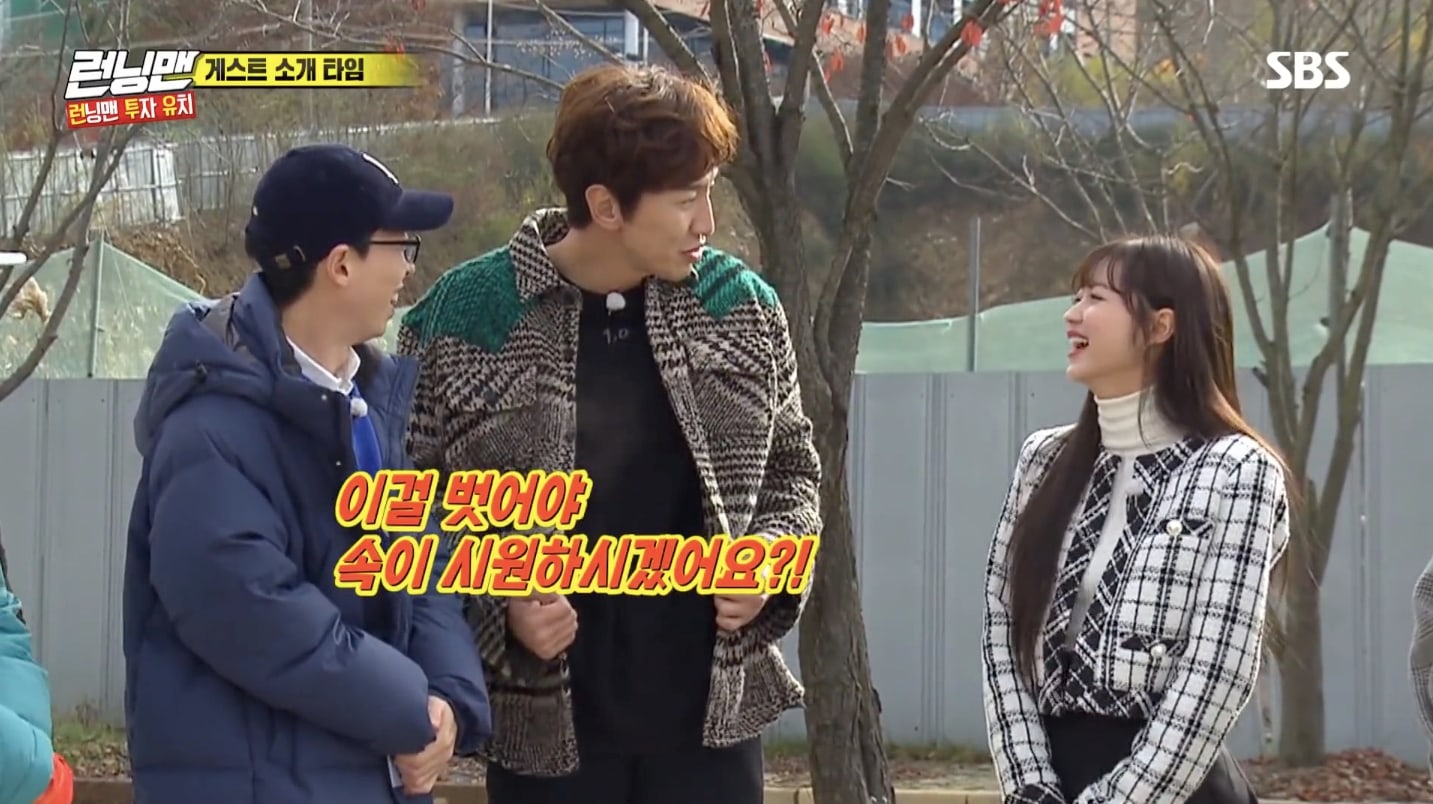 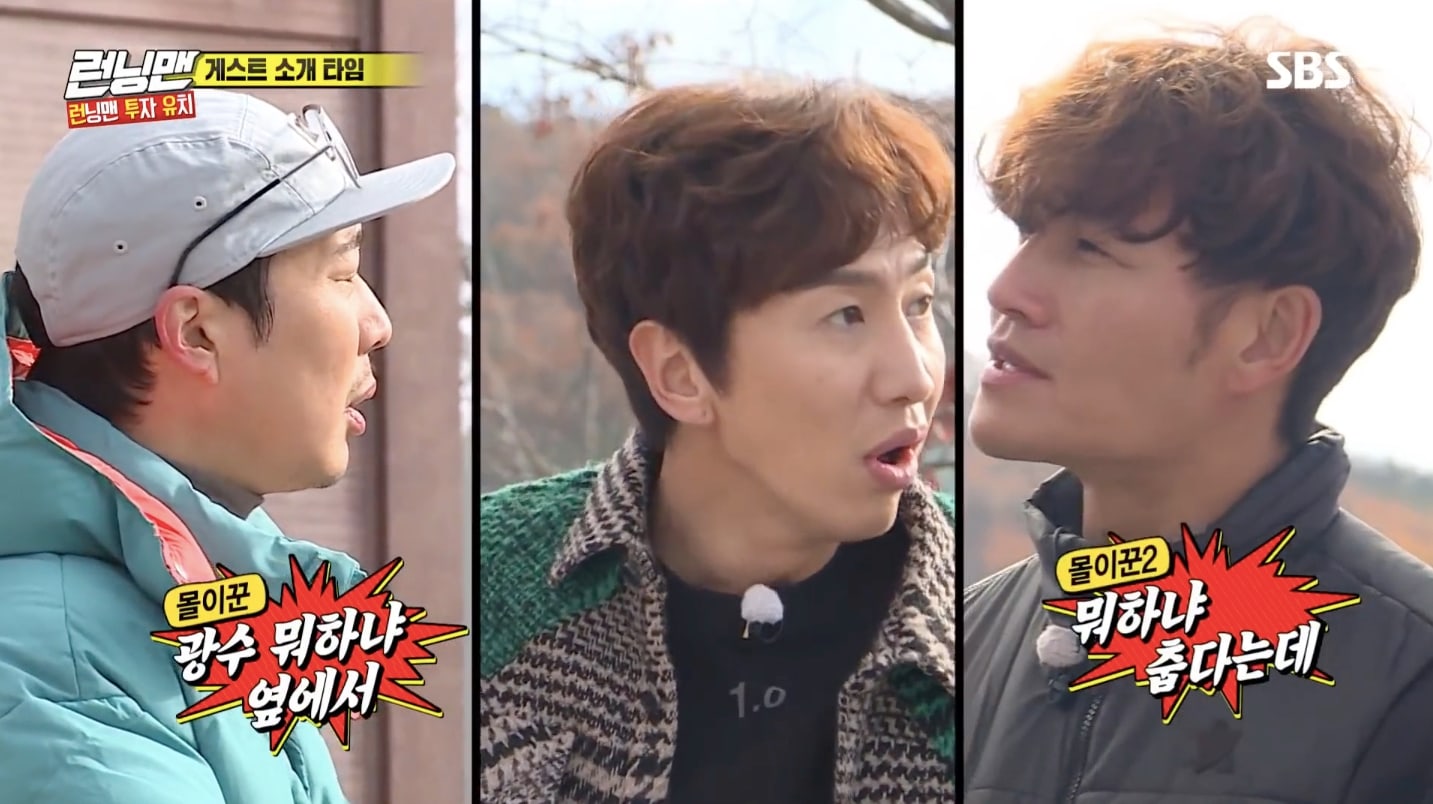 However, just as the dumbfounded Lee Kwang Soo began to take off his jacket for YooA, Yoo Jae Suk teased him by suddenly bringing up his girlfriend Lee Sun Bin. Yoo Jae Suk exclaimed in a chastising tone, “What does this make Sun Bin?” and Kim Jong Kook jokingly added, “Are you always this nice to other [women]? When you have a girlfriend?”

As everyone cracked up, Ji Suk Jin commented, “Teasing Kwang Soo is so much fun.” HaHa responded, “It’s an art.” 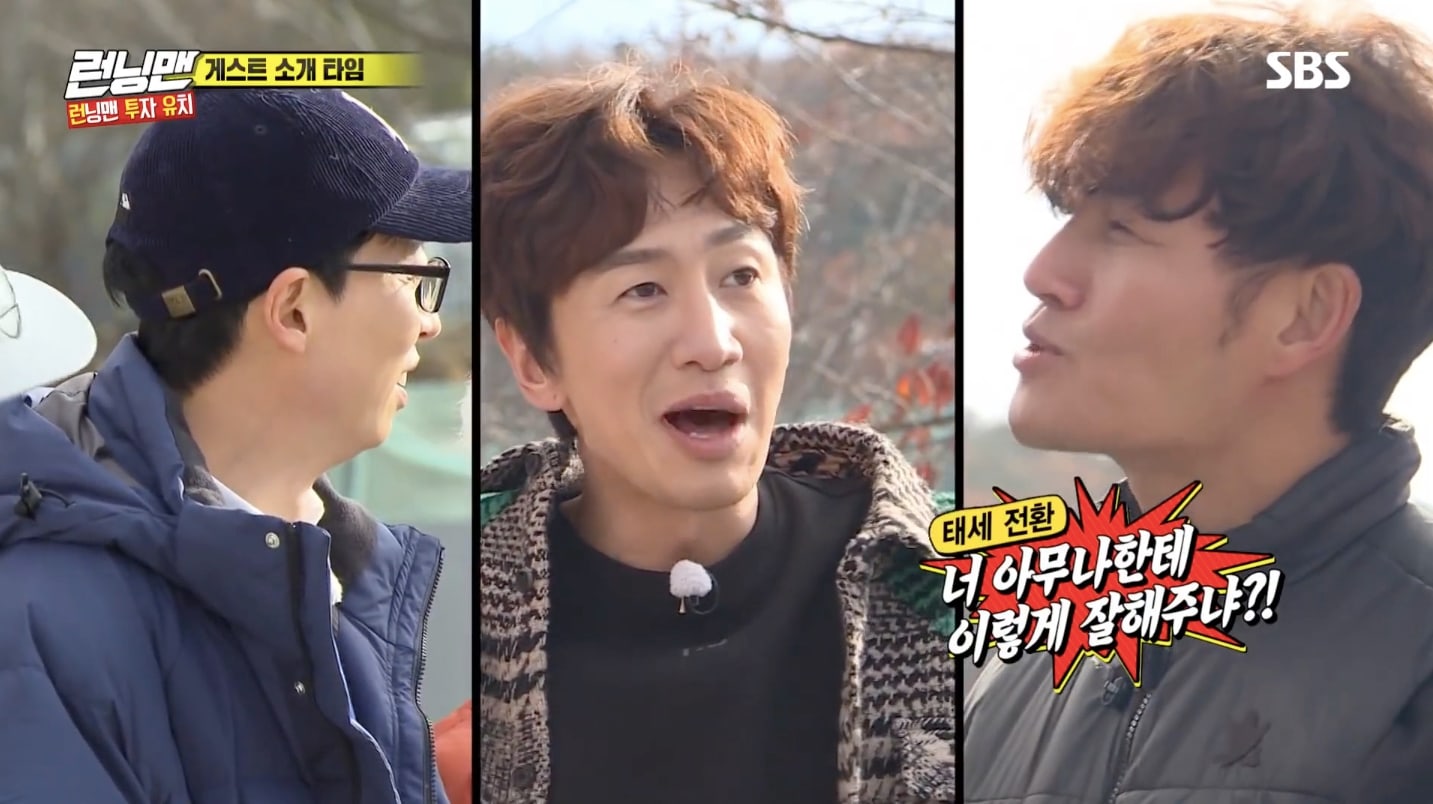 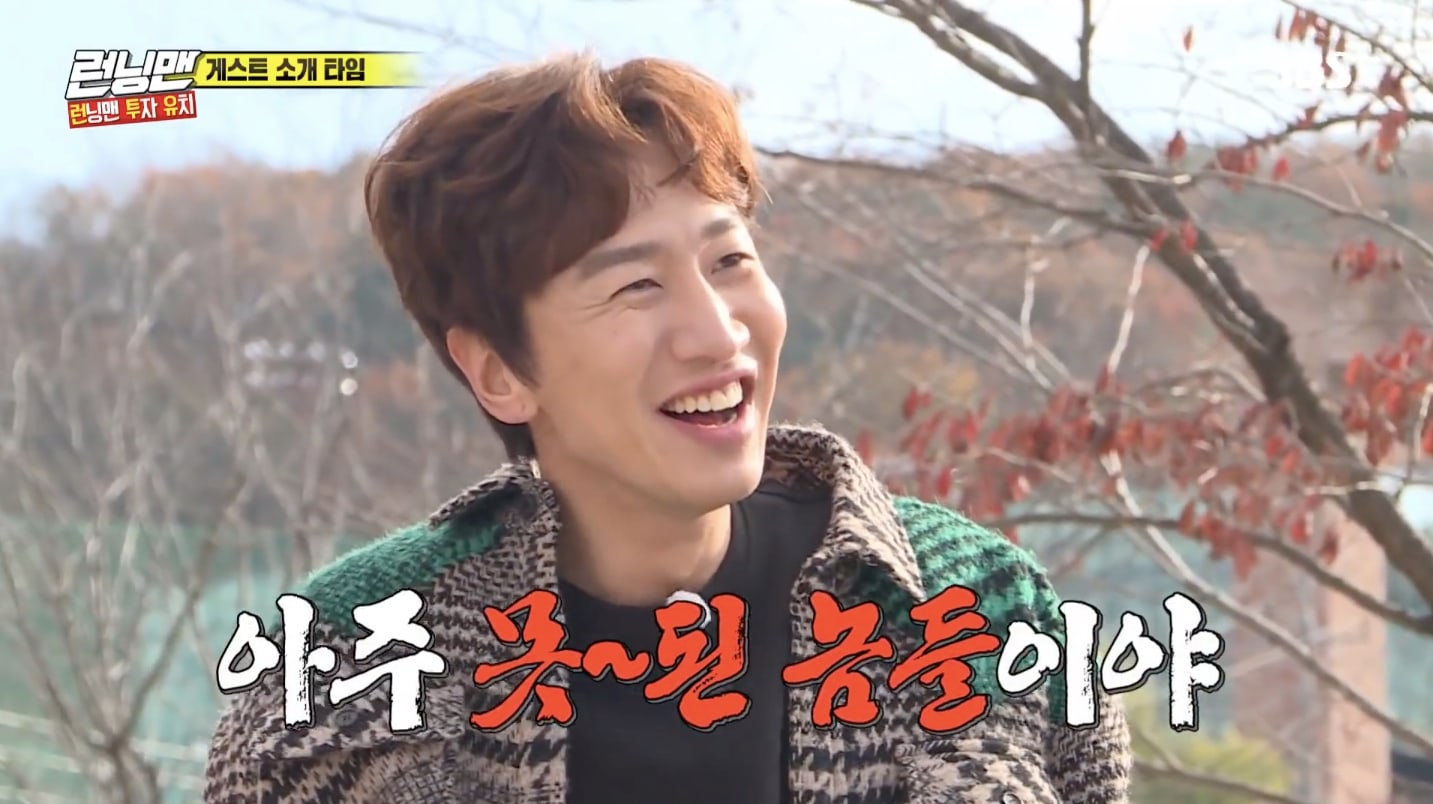 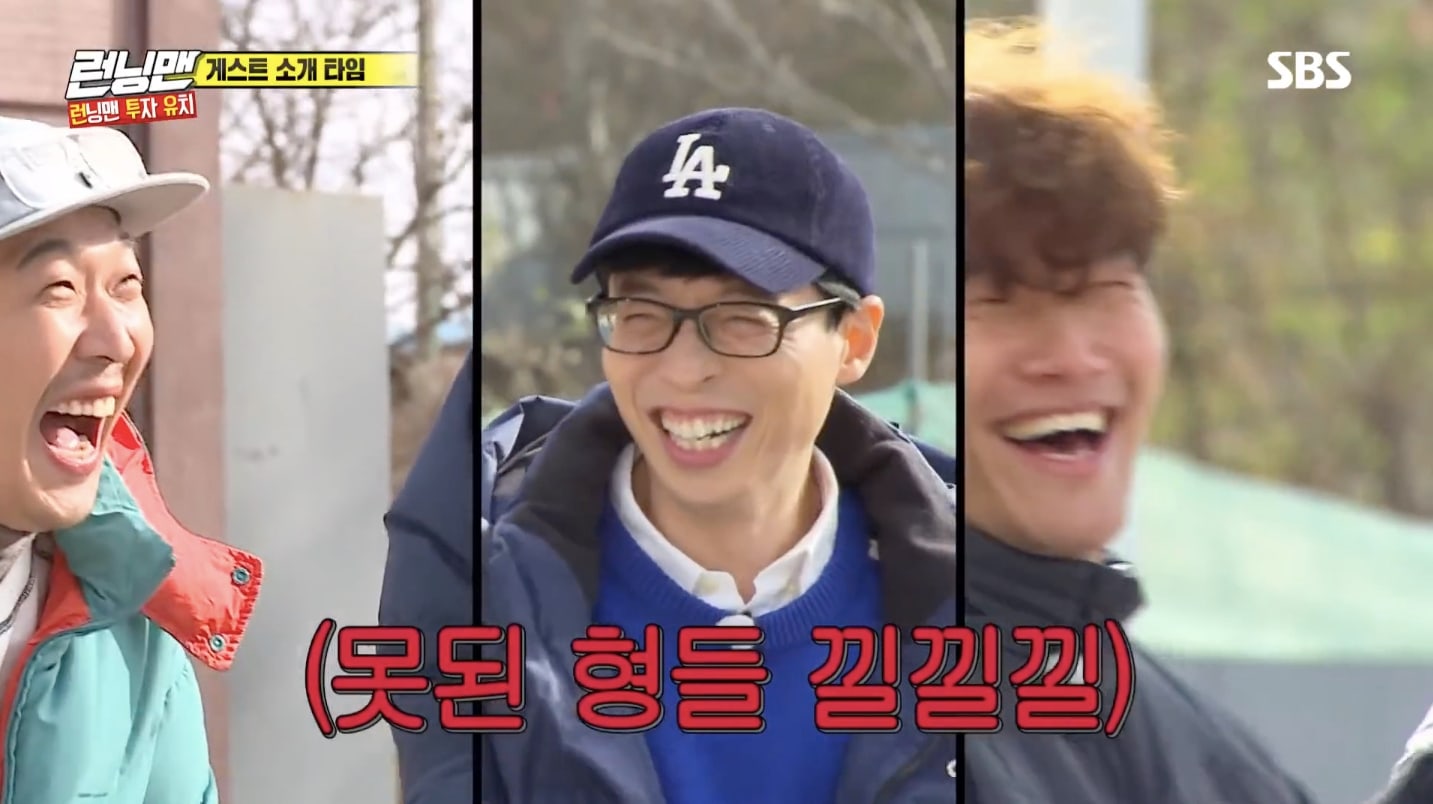