SBS unveiled photos of the first script reading of the second season of “Dr. Romantic,” proving their ultimate teamwork and passion.

“Romantic Doctor Kim” is a “real doctor” story set in a small, humble hospital called Dol Dam Hospital. It is a story about people who meet Kim Sa Bu (Han Suk Kyu), a genius doctor, and discover “real romance.” It is expected to have more exciting narratives, deep lines, comedy, and sorrow than the first season.

The actors and production crew of “Dr. Romantic” season two had their first script reading in September. It was held in the SBS production center in Ilsan District, Goyang with writer Kang Eun Kyung, director Yoo In Shik, as well as the original and new cast.

The director of SBS’s drama department, Han Jung Hwan, represented the production crew and said, “The second season of ‘Dr. Romantic’ is a project that I have been waiting for and wanting to do. I am so thrilled to be able to start it like this. I will provide unsparing support to make this project great.” Writer Kang Eun Kyung continued, “I’m so happy to be able to work with the great actors and crew from season one again. I will make sure to write a great script.” Director Yoo In Suk added, “I’m so glad to be able to work with everyone again. I will work hard for another great project.” 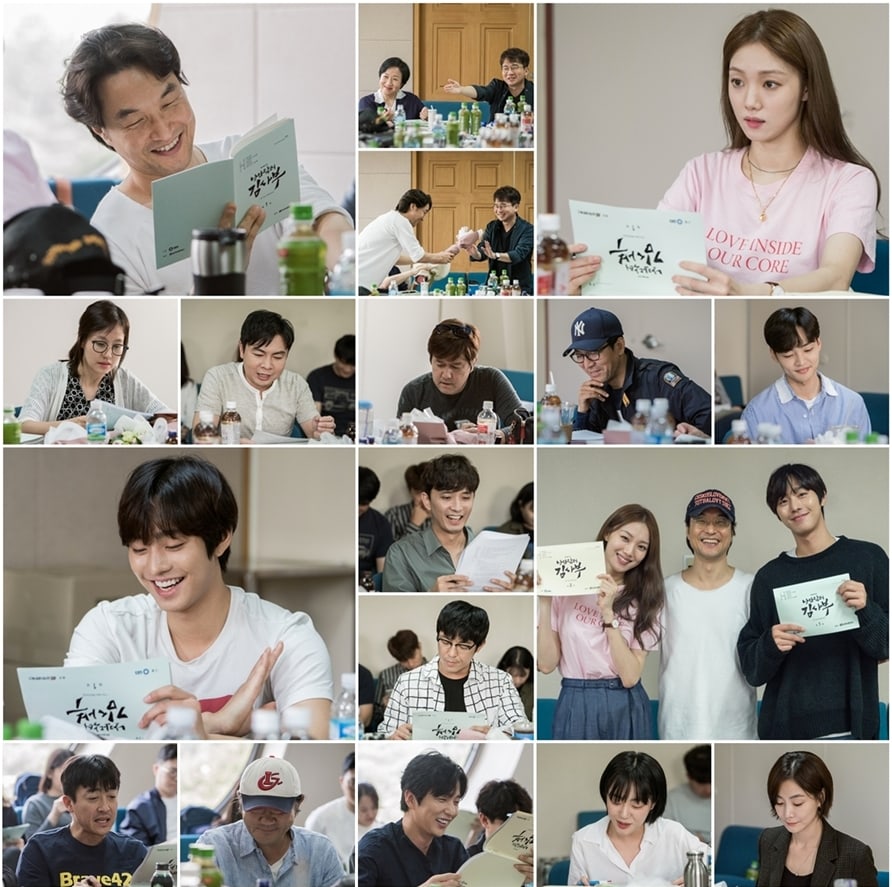 At the first script reading, which started with applause, Han Suk Kyu impressed with his perfect portrayal of the “romantic doctor” in charge of Dol Dam Hospital with his signature voice and natural gestures. Lee Sung Kyung plays Cha Eun Jae, a confident elite second year fellow in the cardiosurgery department who is a hardworking genius. She brought her character to life with her bright and charming appearance and voice. Ahn Hyo Seop plays Seo Woo Jin, a second year fellow and cynic who shows an impressive ability to concentrate in the surgery room. Ahn Hyo Seop passionately portrayed his character without missing a single gesture.

Kim Min Jae plays Park Eun Tak, the responsible, righteous, and warmhearted nurse, while Yoon Na Moo plays Jung In Soo, the emergency medical specialist who was dispatched to Dol Dam Hospital. Both of them were immersed their roles and showed realistic acting. Kim Hong Fa, who plays the head of Dol Dam Hospital Yeo Woon Young, and Jang Hyuk Jin, who plays Song Hyun Chul, a character who chooses to walk on a tightrope rather than trust his abilities, brought their characters to life through each line.

Samhwa Networks production company shared, “Because the teamwork of the actors was the best at the first script reading, our expectations are high. The laughter and fiery passion of the actors make us certain that this project will be of high quality. Please look forward to the second season of ‘Dr. Romantic,’ which will premiere in the beginning of 2020.”

In the meantime, you can watch the first season of “Dr. Romantic” here!