On December 10, a representative of Kim Gun Mo stated, “Regarding the suspicions of sexual assault, our statement that they are false has not changed.” They added that they do not even know who the person who filed the complaint is, and they have not yet received the complaint. “We will discuss with our lawyer and take legal action,” they added. “His image has been greatly tarnished.” They said that they will release a statement regarding the legal action once plans are determined.

Regarding Kim Gun Mo’s 25th anniversary concerts, IStarMedia stated that they will be carried out as planned. He is holding concerts from December 24 until February of next year.

The woman who accused Kim Gun Mo of sexual assault shared details about the allegations.

In the video, Kang Yong Suk and Kim Yong Ho revealed the story they heard from their source, a woman referred to as “A.”

“A” is an employee of an entertainment bar in Gangnam where she allegedly met Kim Gun Mo for the first time when he visited the bar as a customer. He showed up at 1 a.m. wearing his signature Batman T-shirt, which is something he’s become known for after gaining popularity through SBS’s “My Ugly Duckling.” After ordering all other women to leave, he allegedly told her to come into the bathroom, forced her into oral sex, and also sexually assaulted her on the sofa.

Garo Sero Institute stated that an official complaint will be filed against Kim Gun Mo. In response to the video, the singer denied the rumors and announced he would be taking legal action. 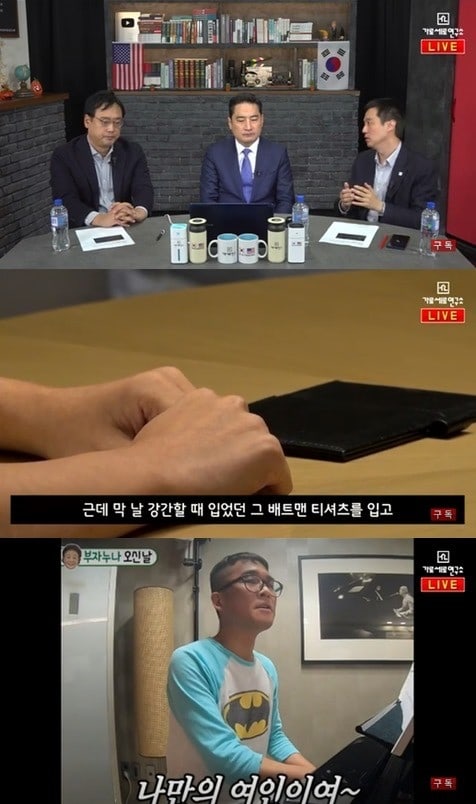 On December 9, Garo Sero Institute posted a video titled “Exclusive – Kim Gun Mo’s victim confesses state of mind” with footage of their interview with “A” where her face was hidden with a mask and her voice was altered for protection.

When asked if there is something she wants from Kim Gun Mo, “A” answered, “I’ve never wanted money. I want a sincere public apology, and I never want to see him on TV again.” As for why she never reported this to the police, “A” replied, “I didn’t have the time to think at the time and personally tried to forget about it. I’m still young, so I could meet a good person in the future and get married. To be honest, I didn’t have courage.”

Speaking about why she decided to file a complaint now, “A” explained, “My family didn’t even know about the incident. Without knowledge of my feelings, they enjoyed watching ‘My Ugly Duckling.’ But he kept appearing while wearing the T-shirt he wore when he raped me, and it was painful because he kept appearing on TV.”

“A” also revealed that she ran into Kim Gun Mo on a plane after the sexual assault when he was headed to Jeju Island to film “My Ugly Duckling.” She stated that Kim Gun Mo intentionally avoided looking at her on the plane. 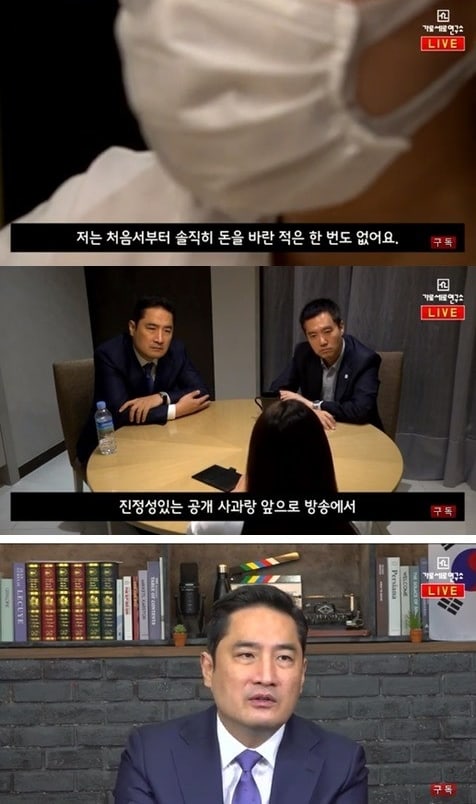 After the interview, Kang Yong Suk said, “After being informed of this, Kim Yong Ho and I were worried that a series of events could be revealed after this one. It’s going to cause great damage to Kim Gun Mo. There is another victim with more shocking details than this one. We’ll reveal it on tomorrow’s broadcast.” Kim Yong Ho added, “It made me think that Kim Gun Mo is a very scary person. It was shocking.”

Following through with his statement on the initial broadcast, Kang Yong Suk filed a formal complaint on behalf of “A” under his law firm Next Law for charges of rape to the Seoul Central District Prosecutors’ Office on December 9. Kim Gun Mo has denied the rumors, stated he would be taking legal action for defamation, and plans to continue his scheduled tour.

Editor’s note: This article’s title has been edited following the December 10 broadcast to reflect that the second woman has accused Kim Gun Mo of physical assault and not sexual assault.

Kang Yong Suk
Kim Gun Mo
How does this article make you feel?