Watch: Son Ye Jin Accidentally Flies Into North Korea + Hyun Bin Chases After Her In Preview For “Crash Landing On You”

Viewers got another peek at tvN’s “Crash Landing on You”!

This upcoming romantic comedy tells the story of wealthy South Korean heiress Yoon Se Ri (played by Son Ye Jin), who lands in North Korea after a paragliding accident, and North Korean officer Ri Jung Hyuk (played by Hyun Bin), who falls in love with her while hiding and protecting her.

On December 10, tvN released new stills of Son Ye Jin along with a preview of the highly-anticipated premiere.

In the stills, Yoon Se Ri sets off on a paraglide to test her products before the launch of her sportswear line as a fashion brand CEO.

She has a bright expression on her face that captures the refreshing air around her. Without a clue about her shocking landing place in the near future, Yoon Se Ri looks confident and experienced as she maneuvers the paragliding gear. 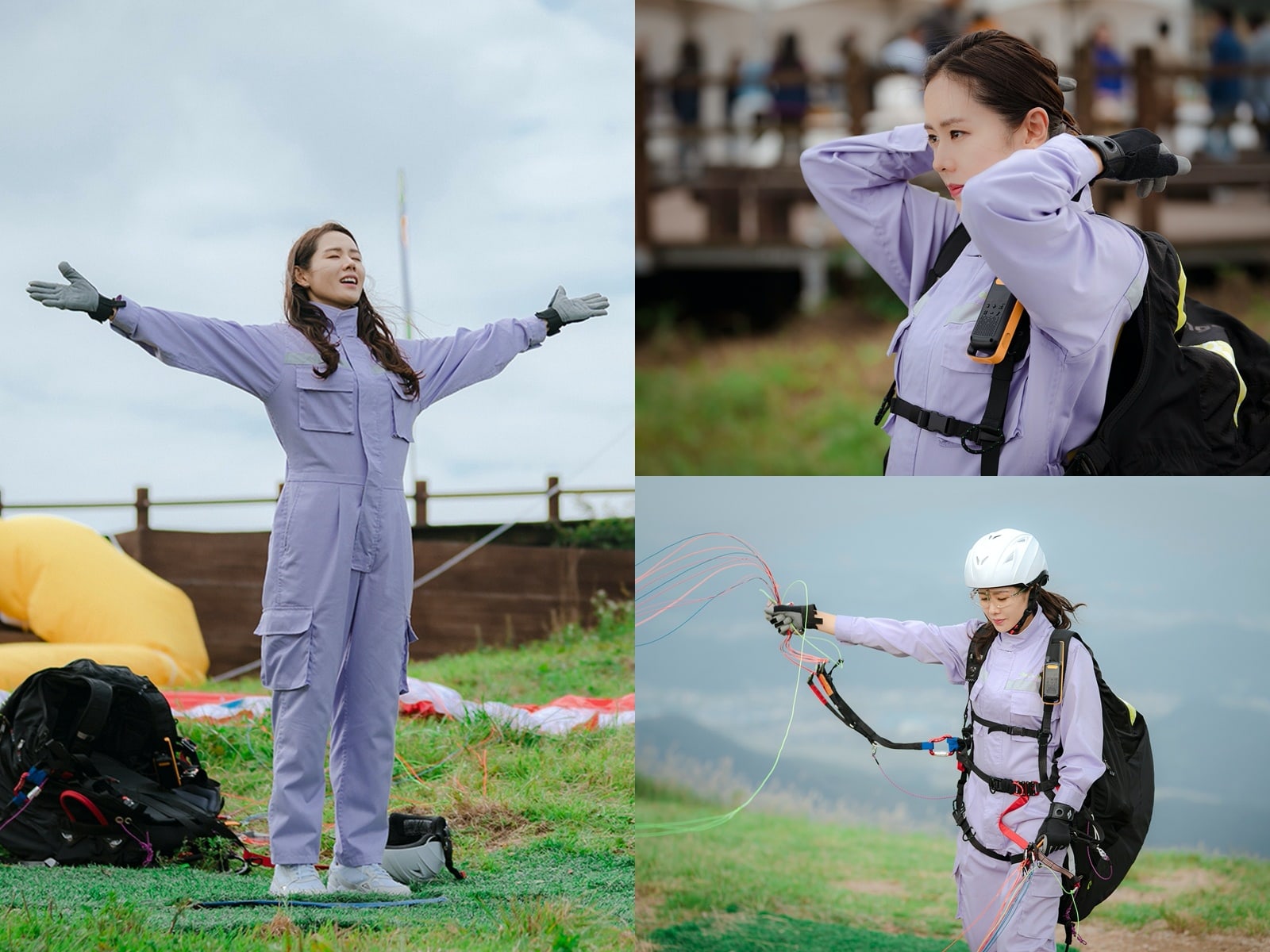 In the preview for the first episode, Ri Jung Hyuk gets ready to shoot when he finds someone stuck in a tree after flying into North Korea in a non-electric air vehicle. Yoon Se Ri boasts, “I’m really good at running” and sprints into a pool of water before hearing his warning about landmines.

While chasing after her, he ends up stepping on a landmine himself. She calls him out on it, but he quickly denies this with a scared look on his face. She continues running for her life and heads straight into a landmine zone, but luckily avoids setting any of them off.

When he describes the inexplicable conditions under how she entered North Korea and questions her identity, she asks in disbelief, “Are you saying that I’m something like a spy?”

Find out what happens between this heiress and North Korean officer when “Crash Landing on You” premieres on December 14 at 9 p.m. KST!