Upcoming TV Chosun drama “Queen: Love and War” has released new stills of Kim Min Kyu ahead of its premiere.

“Queen: Love and War” is a historical fantasy about the cutthroat competition over the selection of the new queen, the only person in the kingdom who can have power without being related to the royal family. Kim Min Kyu will portray a unique king named Lee Kyung who rules over the Joseon Dynasty. After miraculously surviving a shot to the head, he experiences strange precognitive dreams.

In the newly released stills, Lee Kyung is clutching onto the rigid body of a deceased woman. Looking completely pale while wearing a white shroud, he’s unable to hold back his pouring tears. Viewers are curious to find out what could have caused the king to be in such a state of despair. 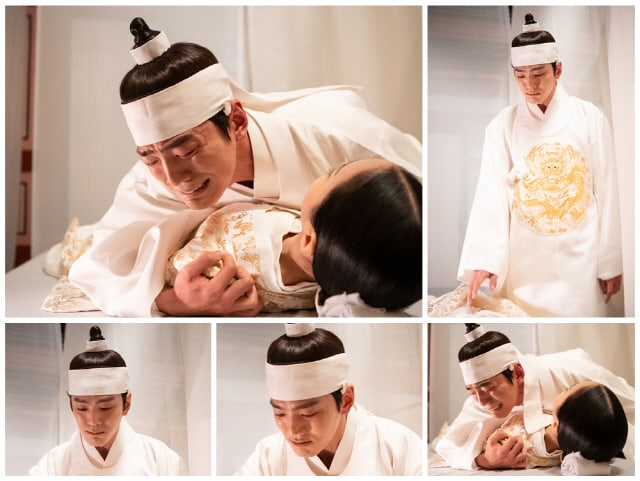 During rehearsals, Kim Min Kyu smiled brightly to liven up the atmosphere on set, but as soon as he began filming, the actor immersed himself into the role. Bringing up tears within a minute into filming, Kim Min Kyu successfully completed the scene in just one take.

The production team shared, “Due to Kim Min Kyu’s extreme immersion [into his role], we were able to [film] a very passionate scene. Please look forward to the actions of King Lee Kyung, who will grow after overcoming pain in a world of turmoil, and Kim Min Kyu’s portrayal of the growth of his majesty.”

Kim Min Kyu
Queen: Love and War
How does this article make you feel?