In the last episode, Joo Seo Yeon searched day and night for Lee Kang Woo to talk about the track and field club budget while Lee Kang Woo intentionally avoided her because he was struggling with his strange feelings towards her.

In the news stills, Lee Kang Woo is gazing at red roses with mixed feelings of excitement and shyness. The people around him are cheering him on, making it seem as if he’s in a musical. In one photo, he hands the flowers to someone with an affectionate gaze, and viewers are looking forward to finding out who the romantic gift is for. 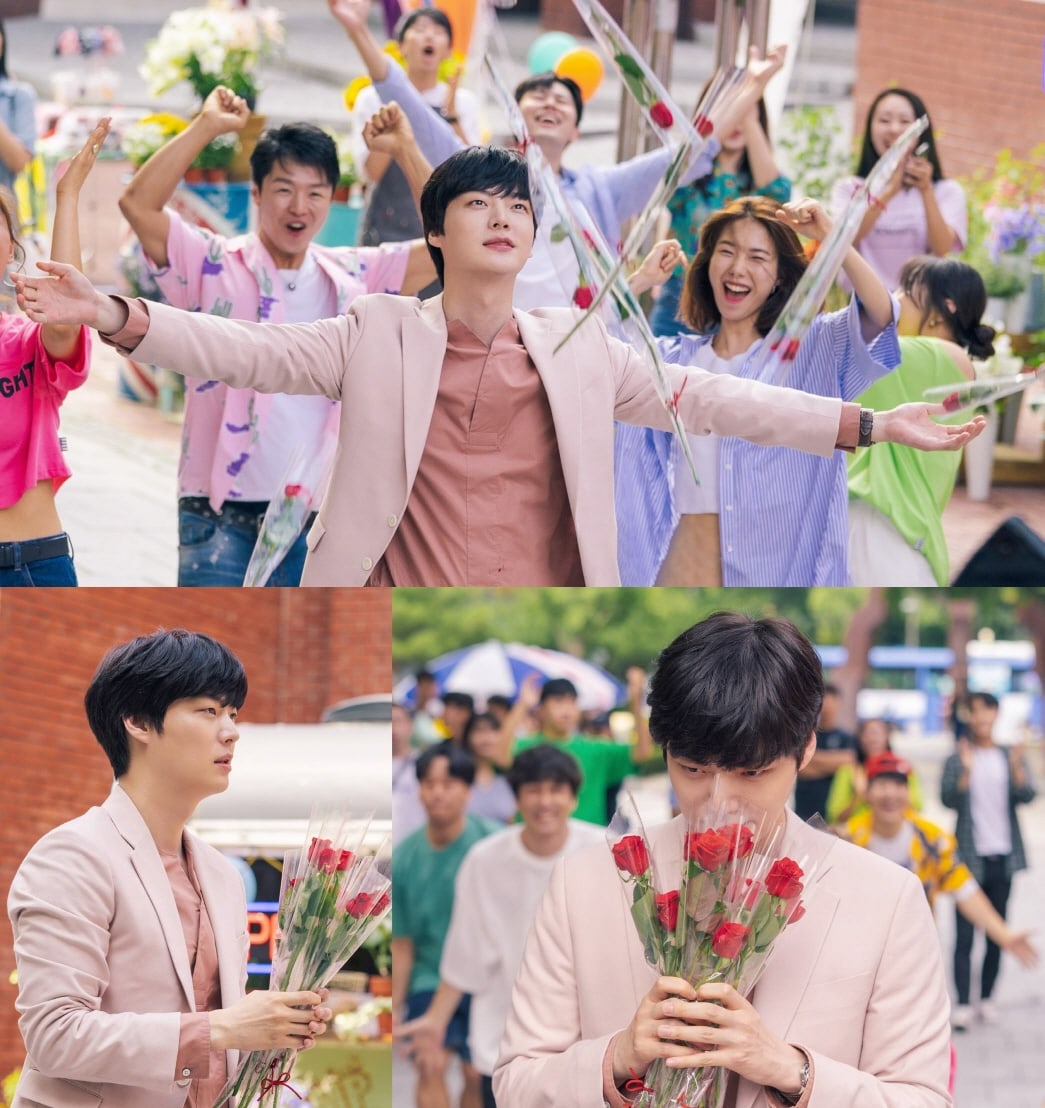 On the other hand, Kim Seul Gi is about to make viewers laugh with her quirky actions in the next episode.

The actress plays Kim Mi Kyung, Joo Seo Yeon’s friend who adores getting dressed up and spends 70 percent of her salary for grooming. She is a witty, straightforward character who goes out of her way to find out about her old classmates Park Hyun Soo (Heo Jung Min) and Lee Kang Woo.

The new stills of Kim Mi Kyung spark curiosity as she is dressed prettily at a coffee shop for her blind date. Despite the situation, she doesn’t look excited, and she gulps down the cold drink in front of her without any hesitation. Her odd behavior is raising questions about what led her to make such a wild move. 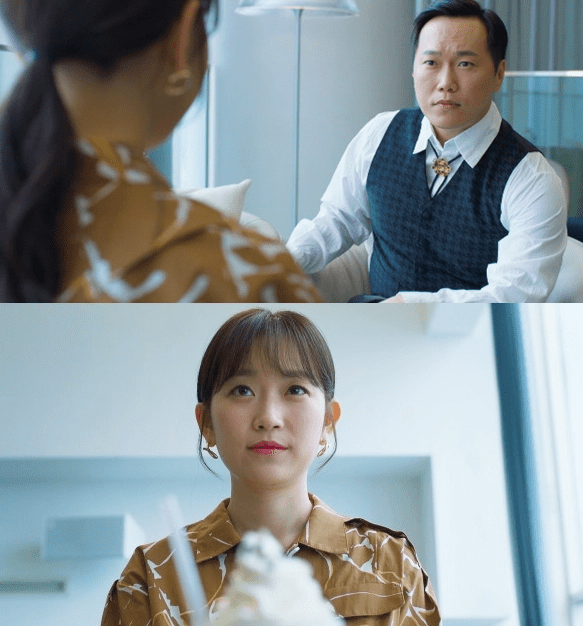 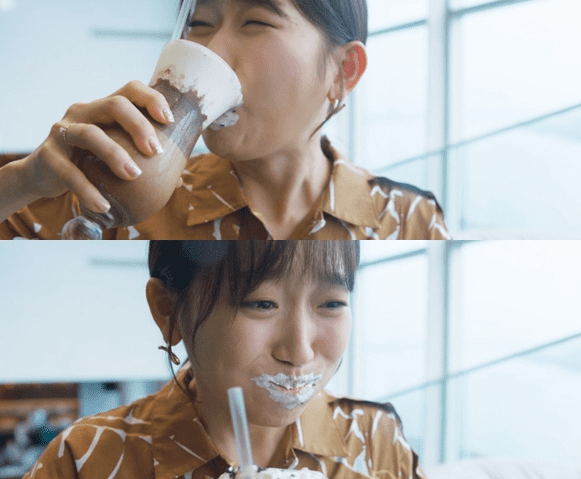 Kim Seul Gi commented, “Personally, this was a scene that I really enjoyed filming. This will be another scene that will make the viewers burst into laughter. Please look forward to the active role of the extreme realist Kim Mi Kyung.”

“Love With Flaws” airs every Wednesday and Thursday at 8:55 p.m. KST.

Ahn Jae Hyun
Kim Seul Gi
Love With Flaws
How does this article make you feel?