The drama “Love With Flaws” is involved in a plagiarism controversy over its poster.

The MBC series is suspected of copying a scene from the music video of Dua Lipa’s “New Rules.” In both images, there are people standing in a row while hugging each other from the back. On top of that, they are all wearing pastel-colored clothing. 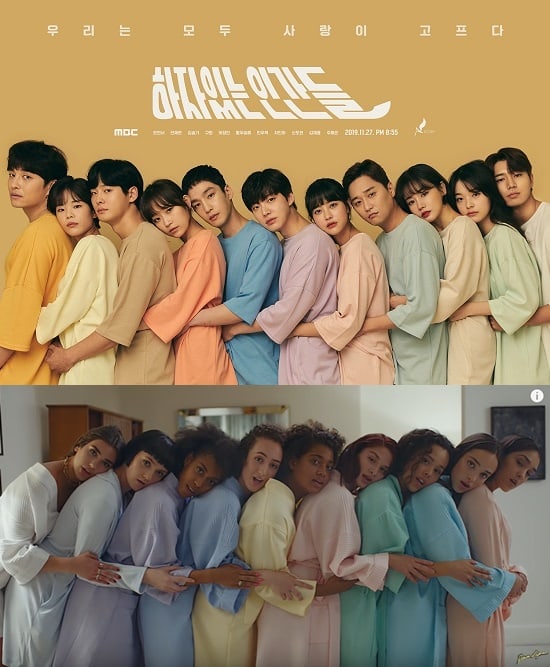 A source from “Love With Flaws” explained, “This isn’t plagiarism but a parody. It is true that we did refer to the scene in question from Dua Lipa’s music video. However, we didn’t copy it. The poster shares the message that the characters in the drama are hard-working individuals with flaws. To maximize this message, we aimed for humorous seriousness. It would be nice if you could look at it as a parody.”

Love With Flaws
How does this article make you feel?