As JYJ’s Kim Junsu made his first major broadcast network appearance in 10 years, his amazing home was revealed!

While the cast settled into their temporary home together, they watched videos of tours of each other’s homes so they could see how they all live and what kind of people they are.

Everyone was amazed by Kim Junsu’s luxurious home, which is an apartment that first opens on to a hallway with a large room on the right that is filled with neatly organized shoes and accessories. 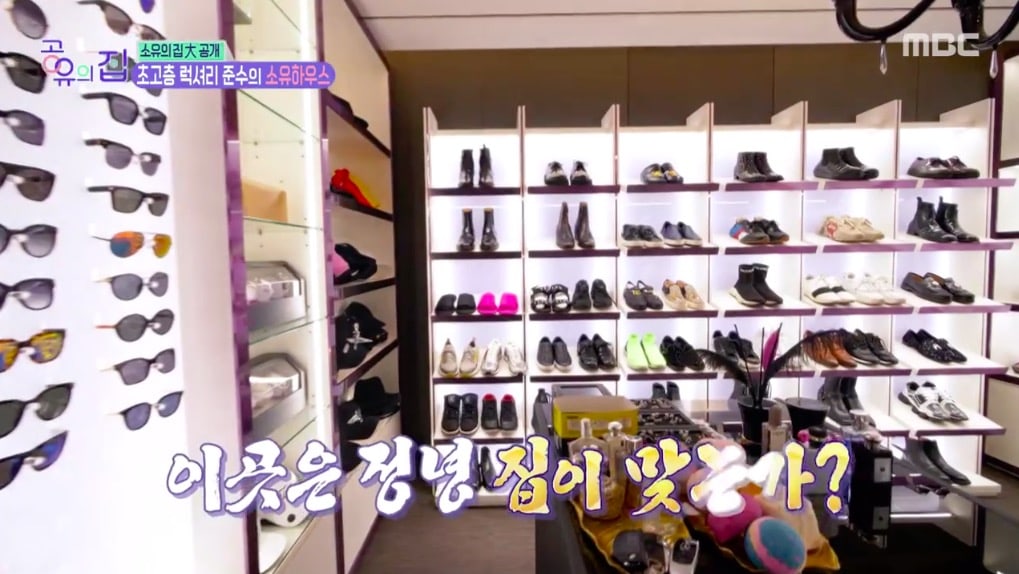 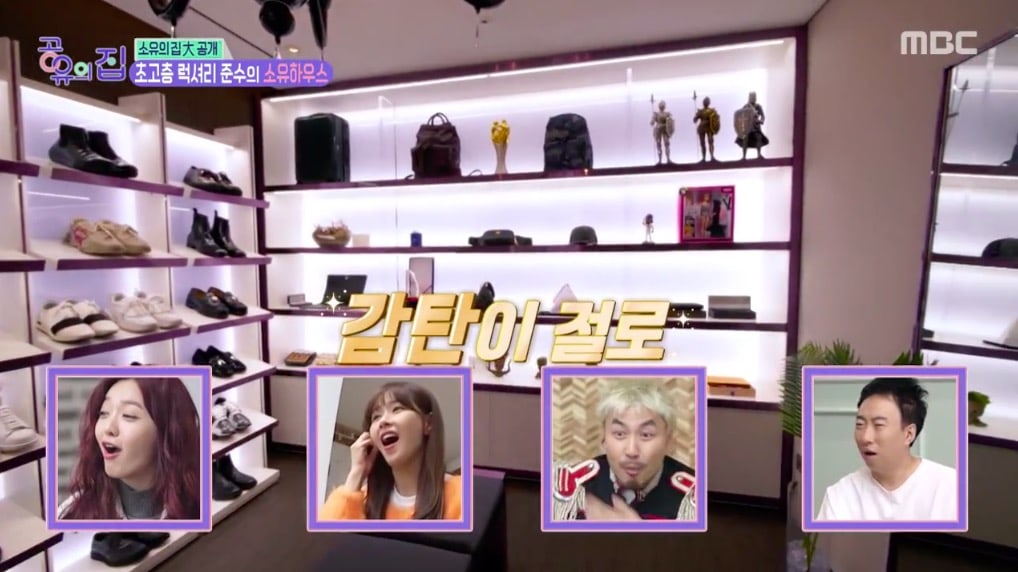 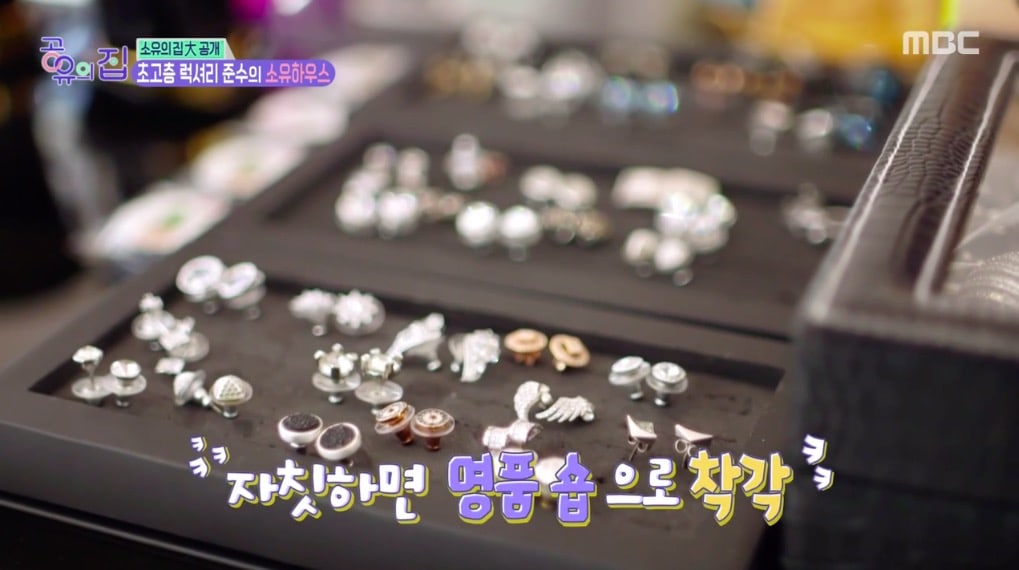 The tour then showed his office, living room, kitchen, and eating area, with much of his furniture showing his taste for antique-style pieces.

Park Myung Soo joked, “This can’t be a home in Korea.” 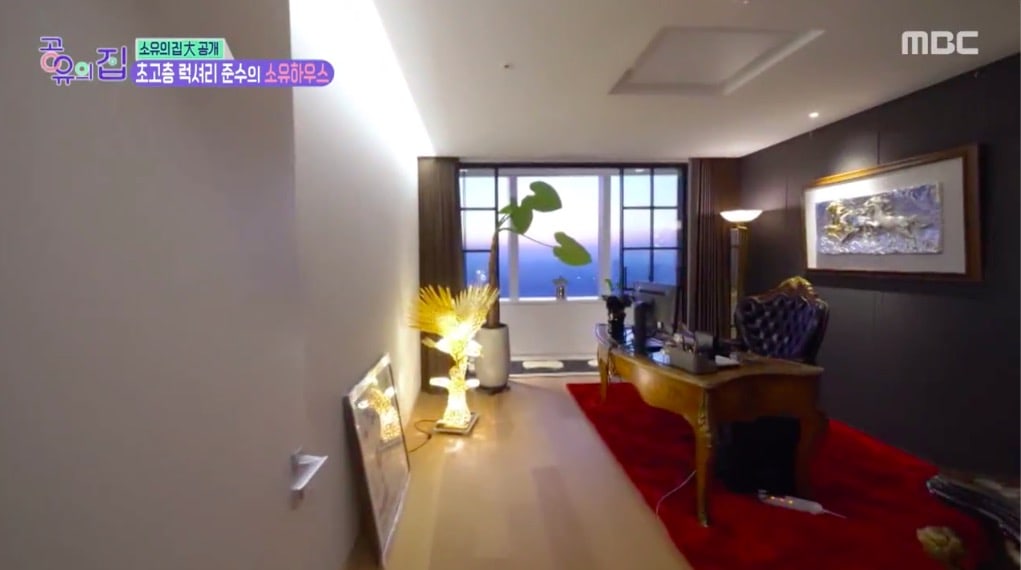 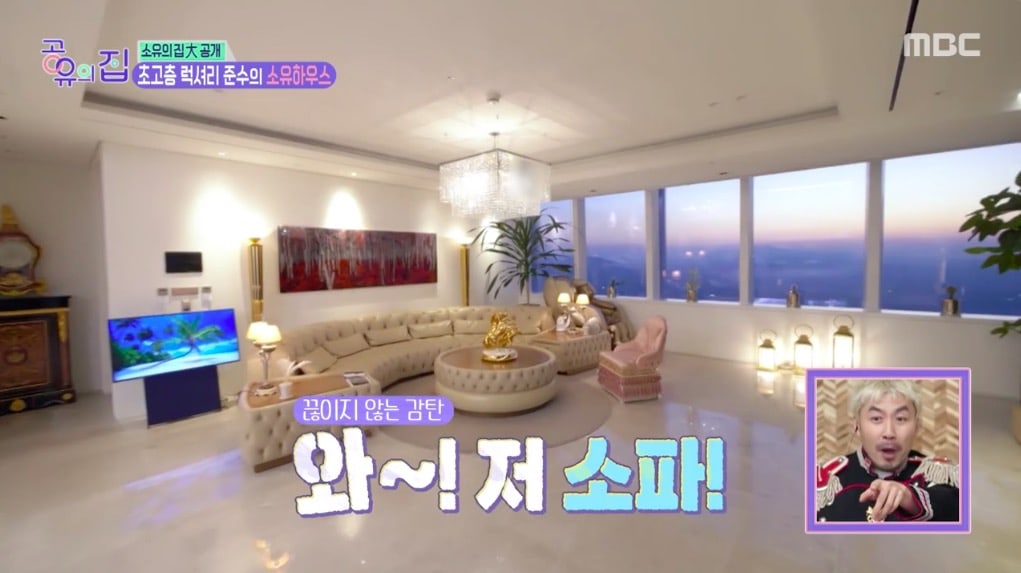 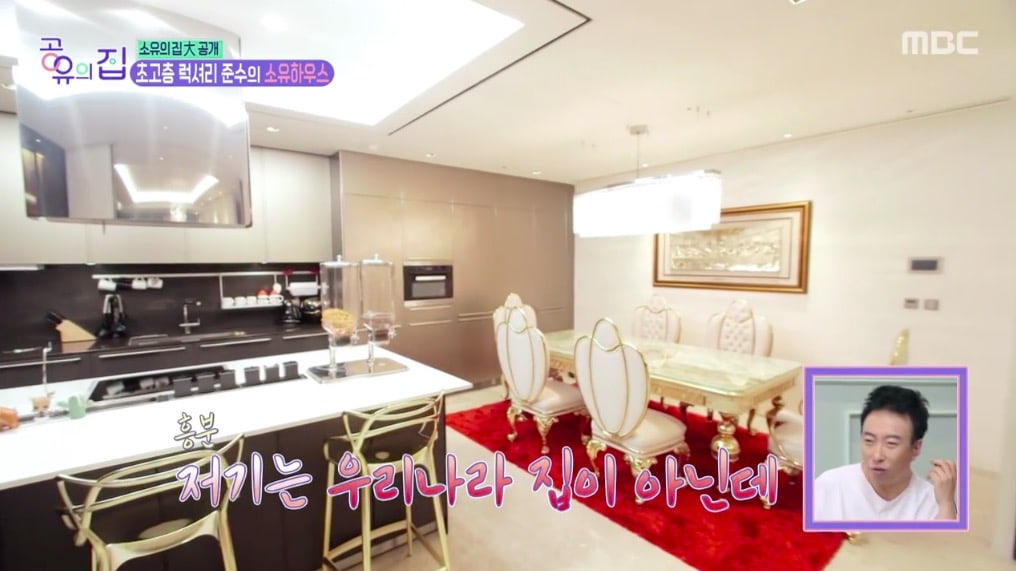 In his sleek modern kitchen, he has a large display cabinet full of dishes. 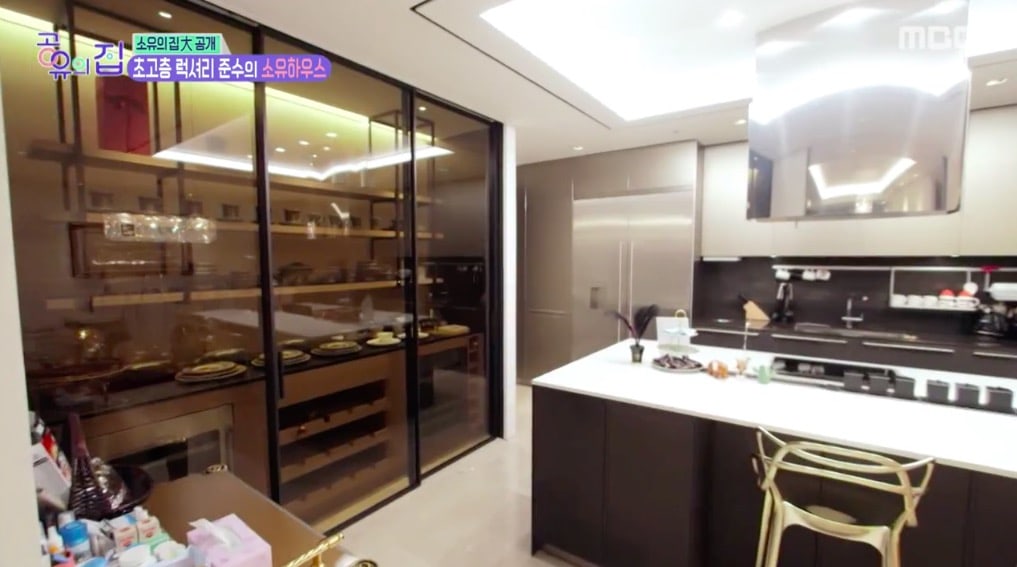 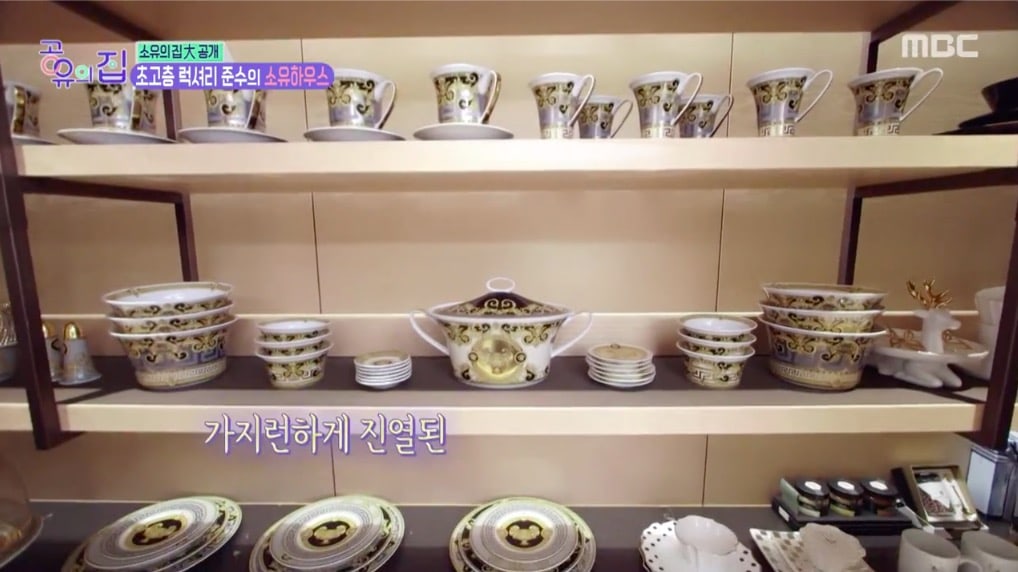 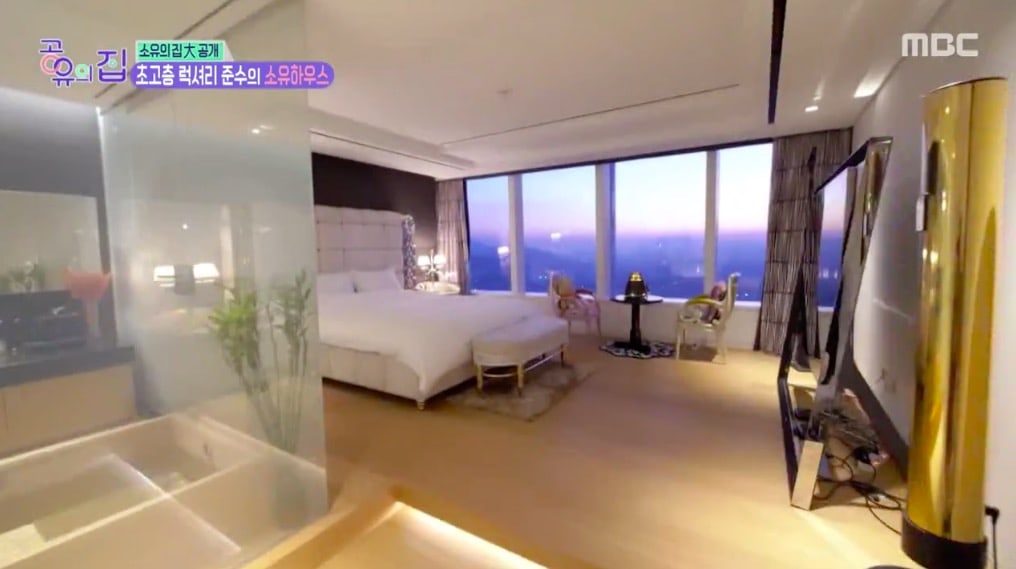 Kim Junsu introduced himself in the video. “It’s been a while since I’ve greeted you, everyone,” he said to the camera. “I’m Kim Junsu, who’s returning to television for the first time in 10 years.”

He shared that it didn’t seem real that he would be appearing on TV again, describing the feeling as though there was a bubble that could seemingly burst at the slightest touch. “I think it might only feel real when I’m seeing my face on TV in my living room,” he said.

As he watched his video with the other cast members, Kim Junsu said even seeing himself on that television was strange and amazing to him. 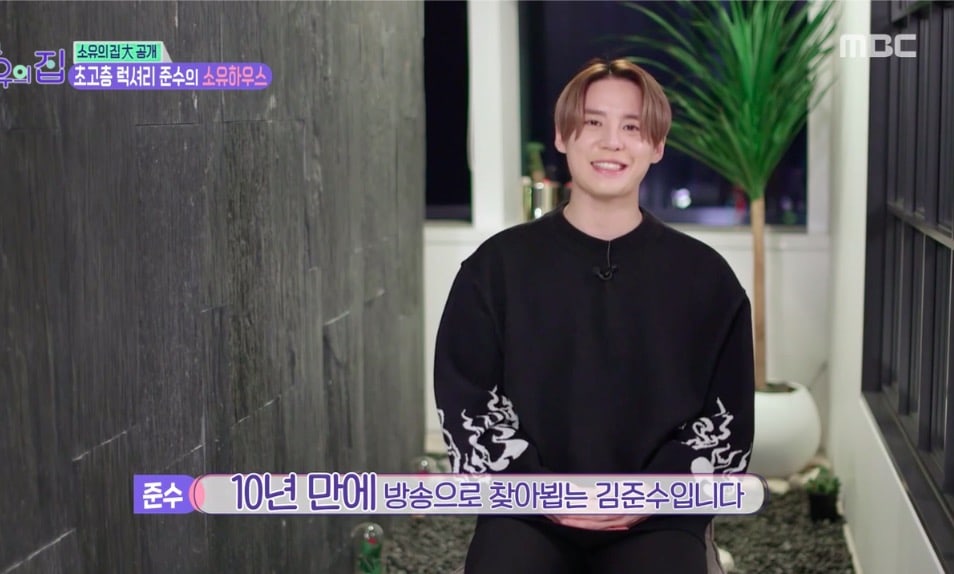 The singer showed his life on his own at home, where he watered his plants, used his massage chair while listening to calming nature noises, ate ramyun, grilled squid, and gamed. 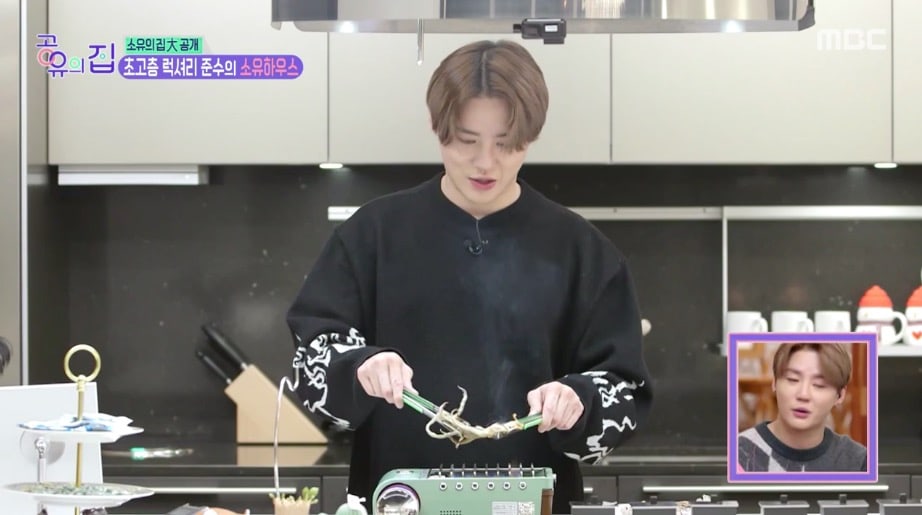 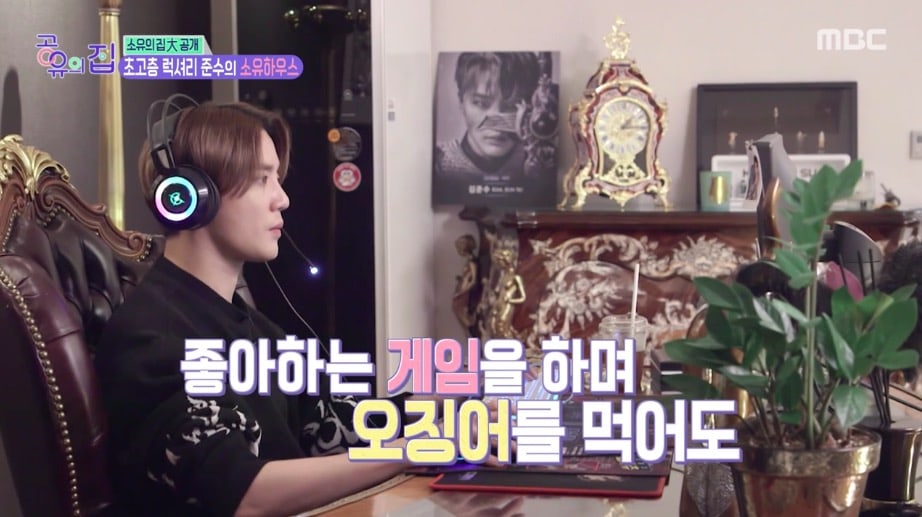 The cast was later thrilled when it turned out that Kim Junsu brought his massage chair to share with everyone during their stay! 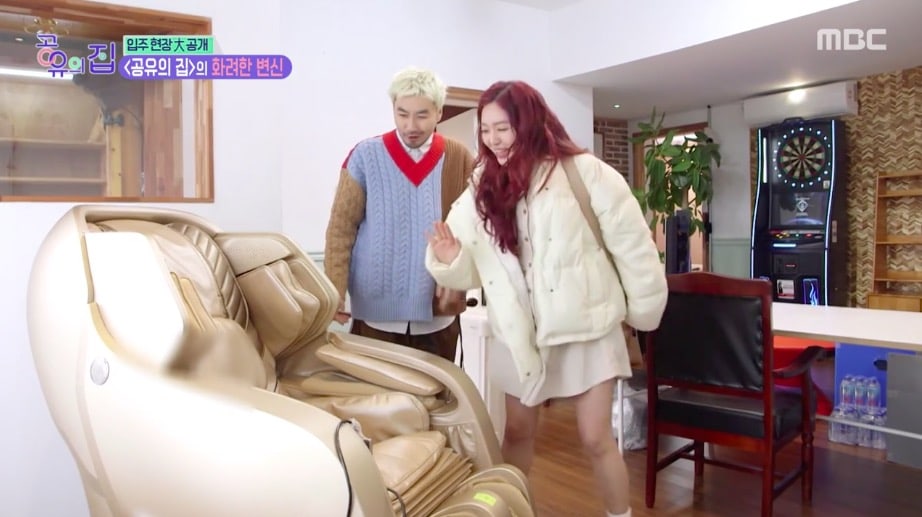 JYJ
Kim Junsu
House of Sharing
How does this article make you feel?