In a recent interview and pictorial for fashion magazine High Cut, Lee Byung Hun and Ha Jung Woo shared their thoughts on working together, their acting careers, and more!

The two actors will be starring together in the upcoming film “Ashfall” (also known as “Baekdusan”). The action movie follows what happens after a volcano on Mount Baekdu erupts, leading to pandemonium over fear of a final eruption that could wipe out both North and South Korea. A team of people set out to stop the terrible disaster from happening. 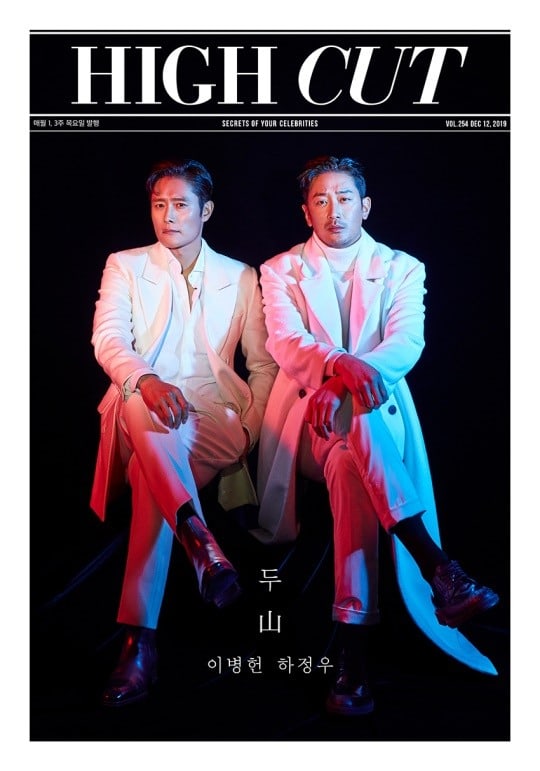 Lee Byung Hun went on talk about their teamwork, saying, “Ha Jung Woo and I have been talking about working together for a long time. He’s a very quick-witted actor. The overall genre of the movie is a disaster film, but it’s also chock-full of the fun that stems from the two characters’ chemistry. After ‘The Good, the Bad, the Weird,’ ‘Ashfall’ is my second popcorn flick. It revolves around serious subject matter, but it’s approachable and fun to watch.” 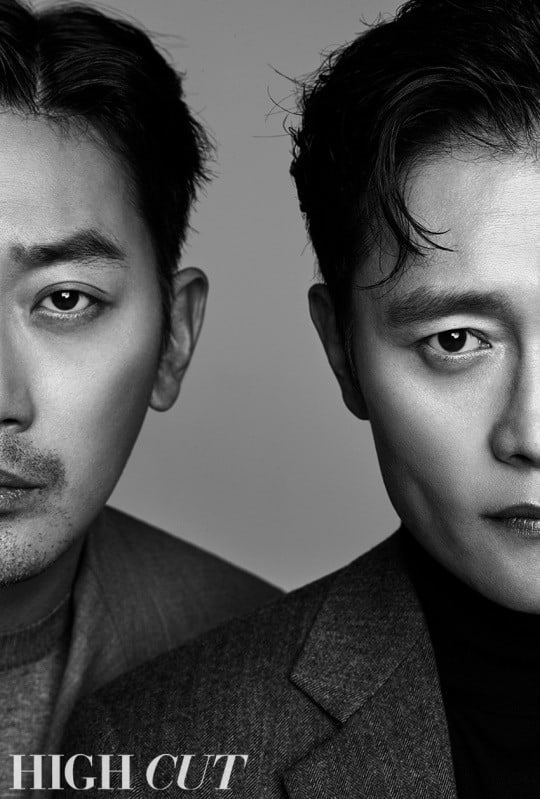 Lee Byung Hun also explained why he was drawn to “Ashfall.” He said, “There is actually a limit to how many times an actor can make a ‘new’ and refreshing impression [on audiences]. After all, how many different genres and types of characters can we take on? On the other hand, I always think that I want to have a new emotional experience [when acting in a project]. That was what ‘Ashfall’ did for me. I felt those kinds of feelings while filming ‘Joint Security Area,’ but I was able to discover a new kind of emotional pulse in Ri Jun Pyeong of ‘Ashfall.'” 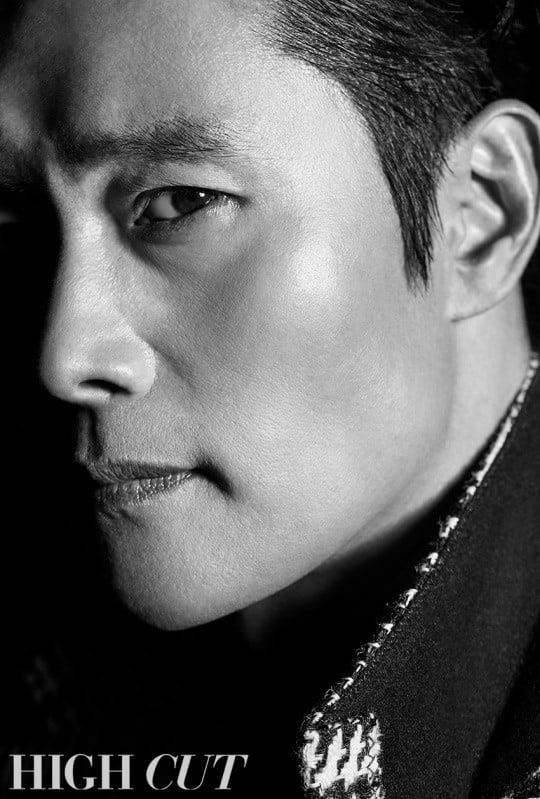 Ha Jung Woo later brought up their co-star Ma Dong Seok, who will also appear in “Ashfall.” He commented, “We’ve already been in seven movies [together]. Actually, we spent our rookie days at the same agency. In the mid-2000s, we attended auditions together, and when we were done, we ate nearby and parted ways. We first worked together in the drama ‘H.I.T.‘ and we have good memories of thinking, ‘Finally, we get to act together.'” 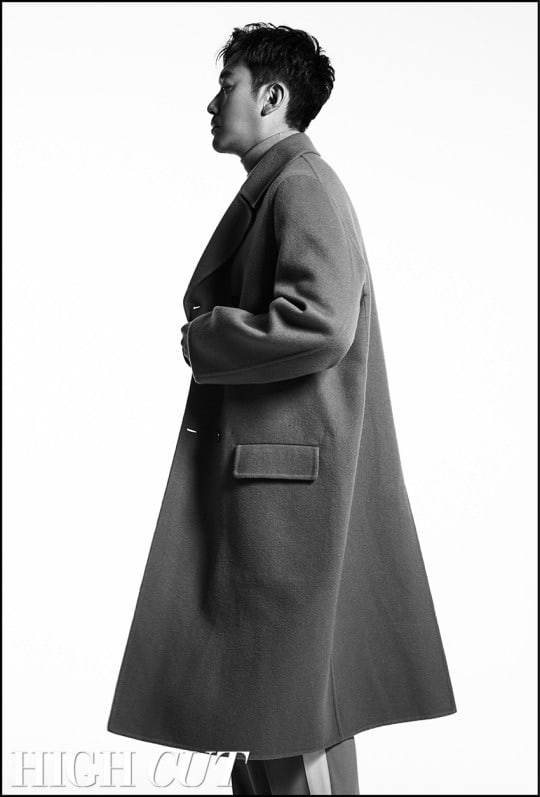 “Ashfall” hits theaters in Korea on December 19. Check out the trailer here!