In the upcoming second episode of “Crash Landing on You,” Son Ye Jin and Hyun Bin will make hearts flutter with their new interactions.

The drama is about a wealthy South Korean heiress named Yoon Se Ri (Son Ye Jin), who is forced to make an emergency landing in North Korea during a paragliding trip. There, she meets North Korean officer Ri Jung Hyuk (Hyun Bin), who falls in love with her while hiding her and trying to protect her.

In the first episode, Yoon Se Ri made a surprise landing in North Korea due to a paragliding accident. She ended up meeting Ri Jung Hyuk and found out that she was in North Korea. She made an effort to find her way back home, but contrary to her will, she moved away from the demilitarized zone and reached a village. Towards the end of the episode, she almost became exposed to North Korean soldiers, but Ri Jung Hyuk saved her in the nick of time.

The first set of stills showcase a comical side to the two lead characters. Yoon Se Ri is crying with a towel wrapped around her head and gripping onto freshly picked flowers. On the other hand, Ri Jung Hyuk looks both flustered and embarrassed by her behavior. 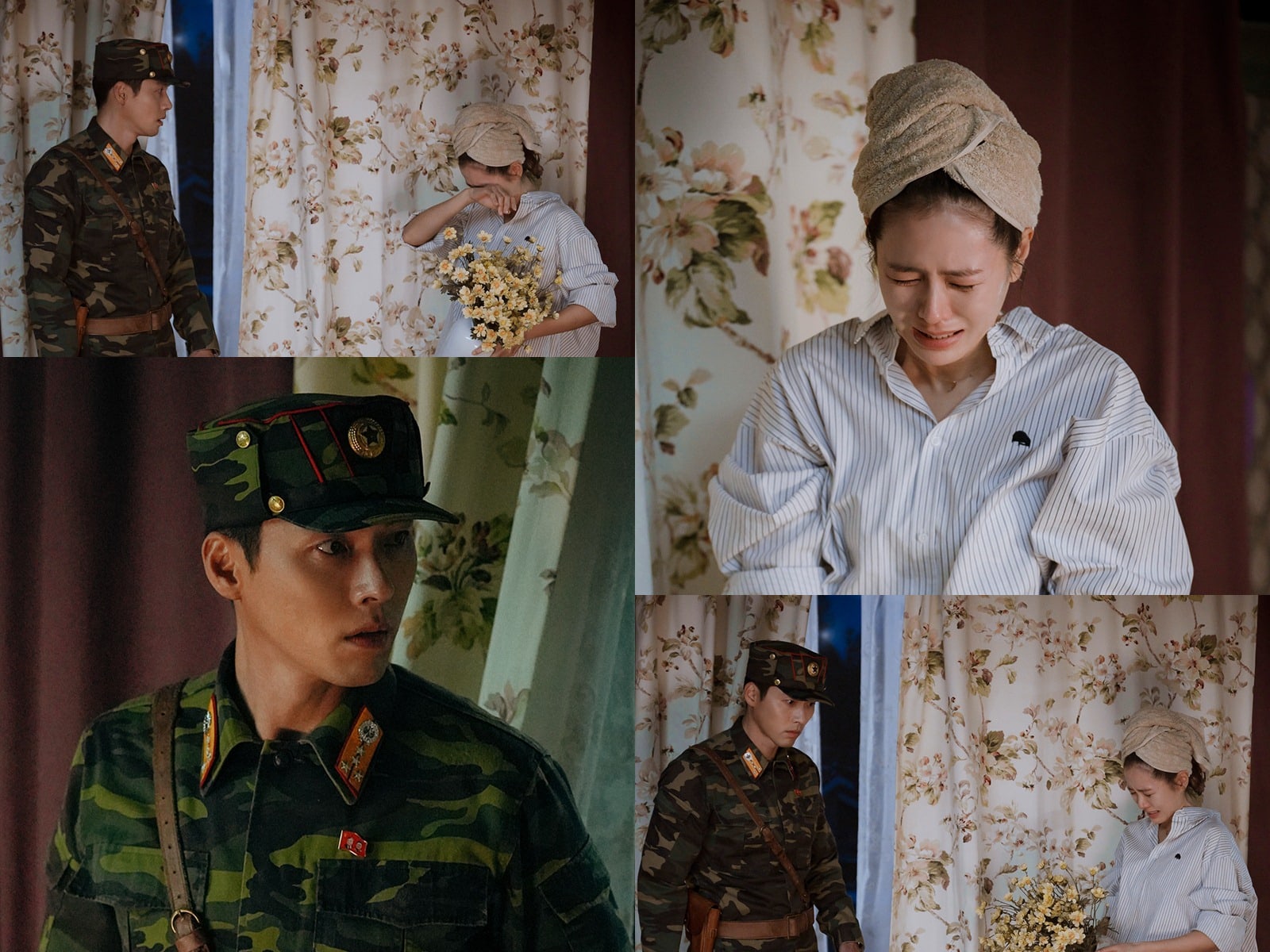 The second set of stills feature Ri Jung Hyuk as a cook. He looks relaxed in comfortable clothing, and he is cooking something in a cozy atmosphere. This is a different side of the charismatic, cold North Korean soldier, and it’s the first time he’s seen with his guard down. With the newly released stills, viewers are highly anticipating the next developments to come. 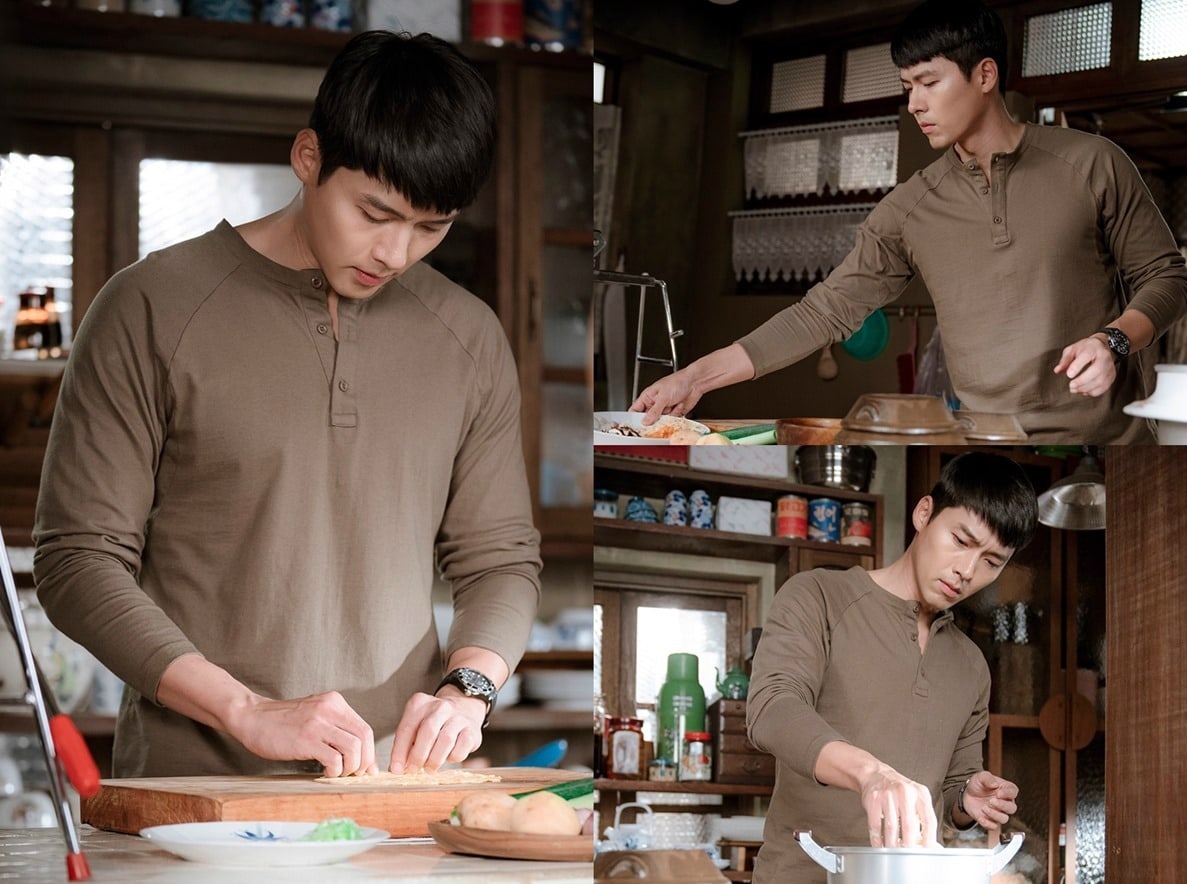