On the latest episode of SBS’s “My Ugly Duckling,” Super Junior’s Kim Heechul revealed the hard work that went into his recent collaboration with Lee Soo Geun!

On the December 15 broadcast of “My Ugly Duckling,” which gave viewers a behind-the-scenes look at the collaboration, Kim Heechul met up with Shindong and Lee Soo Geun at the JYP Entertainment building cafeteria.

Shindong asked, “Why are we eating at JYP when our agency is SM?” Kim Heechul answered, “ITZY has agreed to make an appearance for my SMTOWN remake album that I’m doing with Lee Soo Geun. Shindong is going to direct the music video.”

Kim Heechul then revealed that they would be shooting the music video after their meeting that day. Lee Soo Geun suggested they release a physical CD, and Shindong replied, “Who would buy the CD when it only has one song?” The comedian jokingly responded, “Let’s ask Seo Jang Hoon to buy just 50,000 copies.” 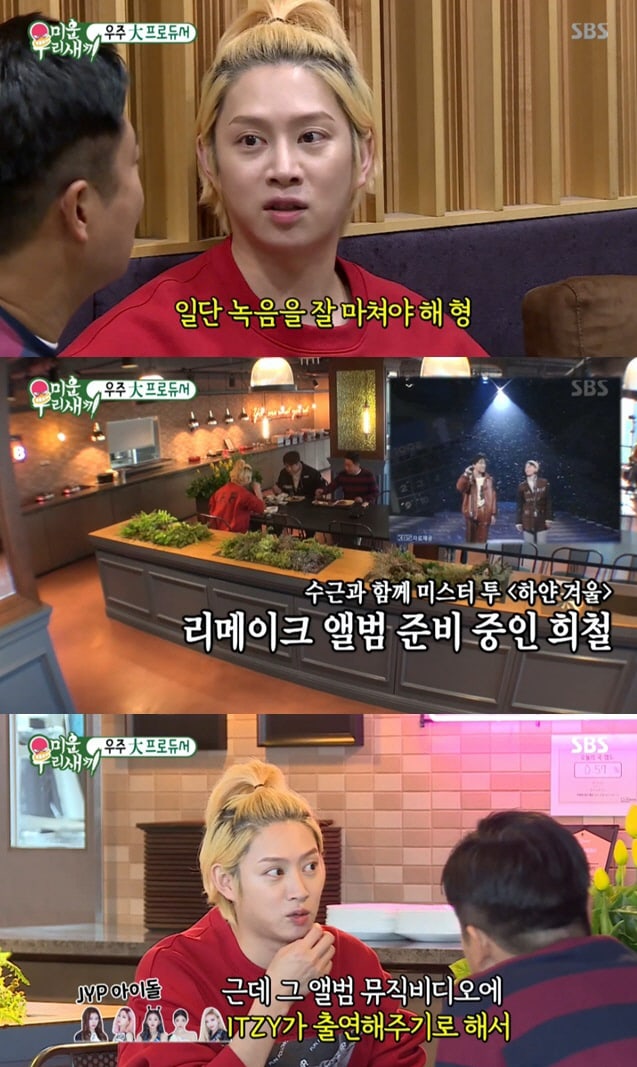 The three stars then met up with ITZY. Ryujin asked, “There are many beautiful people at SM. Why did you cast us instead of Red Velvet?” Kim Heechul replied, “Because ITZY is so popular.” Lee Soo Geun jokingly commented, “Heechul moved on so quickly from TWICE.”

Kim Heechul then pointed out that someone always died in music videos from the 1990s, and he suggested that they do something along those lines for their music video concept. Lee Soo Geun joked, “The population must have been large back then. Why did they kill off so many people?”

They then headed to the studio to work with songwriter Lee Sang Joon. Kim Heechul teased Lee Soo Geun by joking, “This is where I made my No. 1 song with Sang Joon hyung. So whose fault will it be if this song doesn’t do well?” Lee Soo Geun humorously answered, “The songwriter’s fault.” 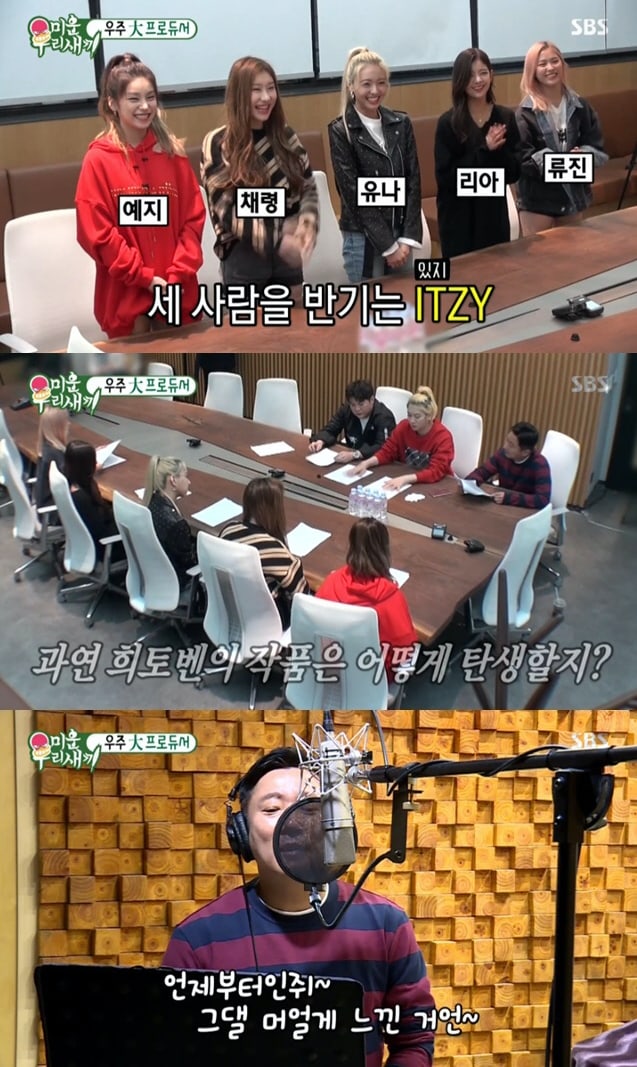 Kim Heechul then suggested that they make a pledge for what to do if their music video didn’t reach 1 million views within the first 24 hours of its release. Lee Soo Geun said, “Let’s go in ice water. It’s wintertime, and a song about winter failed. Let’s feel the cold.” He went on to joke, “The songwriter has to come too. ITZY and Lee Soo Man also have to join in.”

Lee Soo Geun stepped into the recording booth, and when he became curious about his results, Kim Heechul praised him by saying, “You recorded three lines in 30 minutes.” However, he hilariously shared his honest feelings with the composer, to whom he said, “Oh no. When will this end?” Continuing to tell white lies to Lee Soo Geun, Kim Heechul told his partner, “Hyung, you did a really good job. We’re just going to re-record the beginning of the first line.” 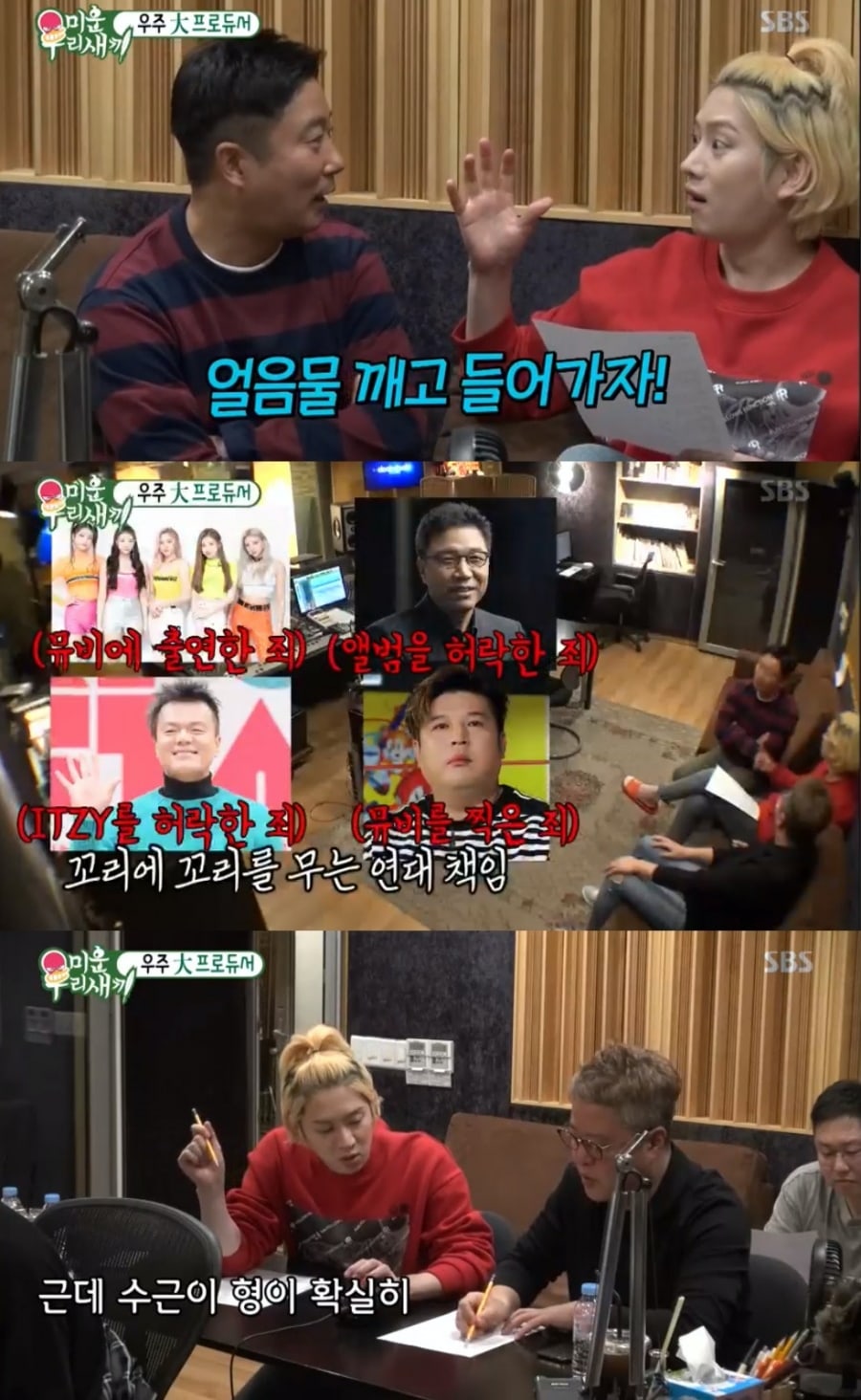 Watch the full episode of “My Ugly Duckling” now!