AOA Names The Junior Artists That Have Caught Their Eye

The members of AOA have revealed which junior artists stood out to them the most!

On the latest episode of Star K’s “Idol League,” host Boom brought up the fact that AOA was now in the eighth year of their careers. “When you go to music shows, are you the most senior artists there?” he asked.

Jimin jokingly responded, “No comment,” before adding, “Nowadays, pretty much.” 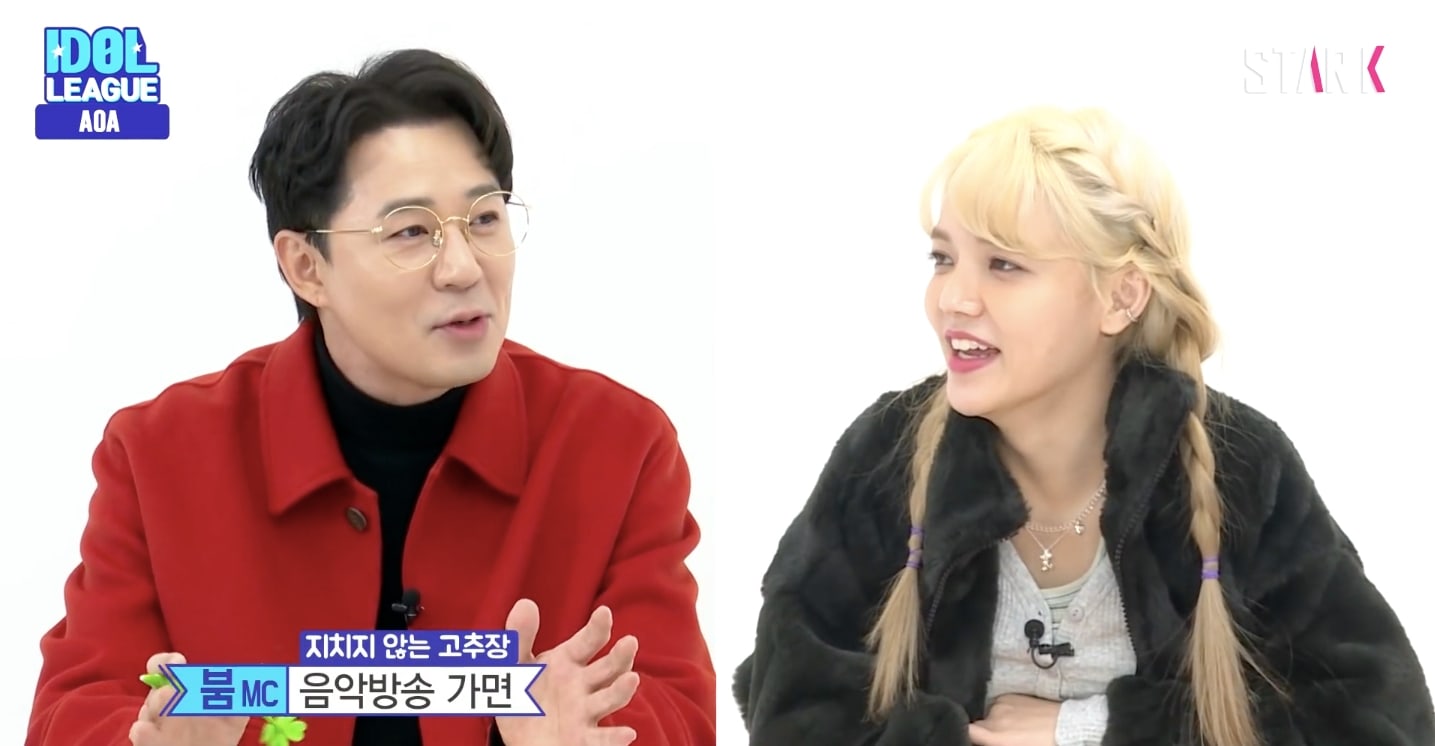 Yuna responded, “Rather than one specific individual, ITZY [as a group] is really talented. They’re great dancers.”

Hyejeong chose (G)I-DLE’s Minnie, who was her partner for the vocal unit round of the Mnet reality show “Queendom.” Yuna laughed, “She knows her personally,” and Hyejeong went on, “She’s so good at singing. Her voice is amazing, and her timbre is no joke.”

Chanmi also named a member of (G)I-DLE with whom she’d collaborated during “Queendom.” “For me, it’s (G)I-DLE’s Soojin,” said Chanmi. “First of all, she’s an exceptional dancer, and she also has unexpected charms. On stage, she’s very charismatic and sexy, but off stage, she’s the cutest.” 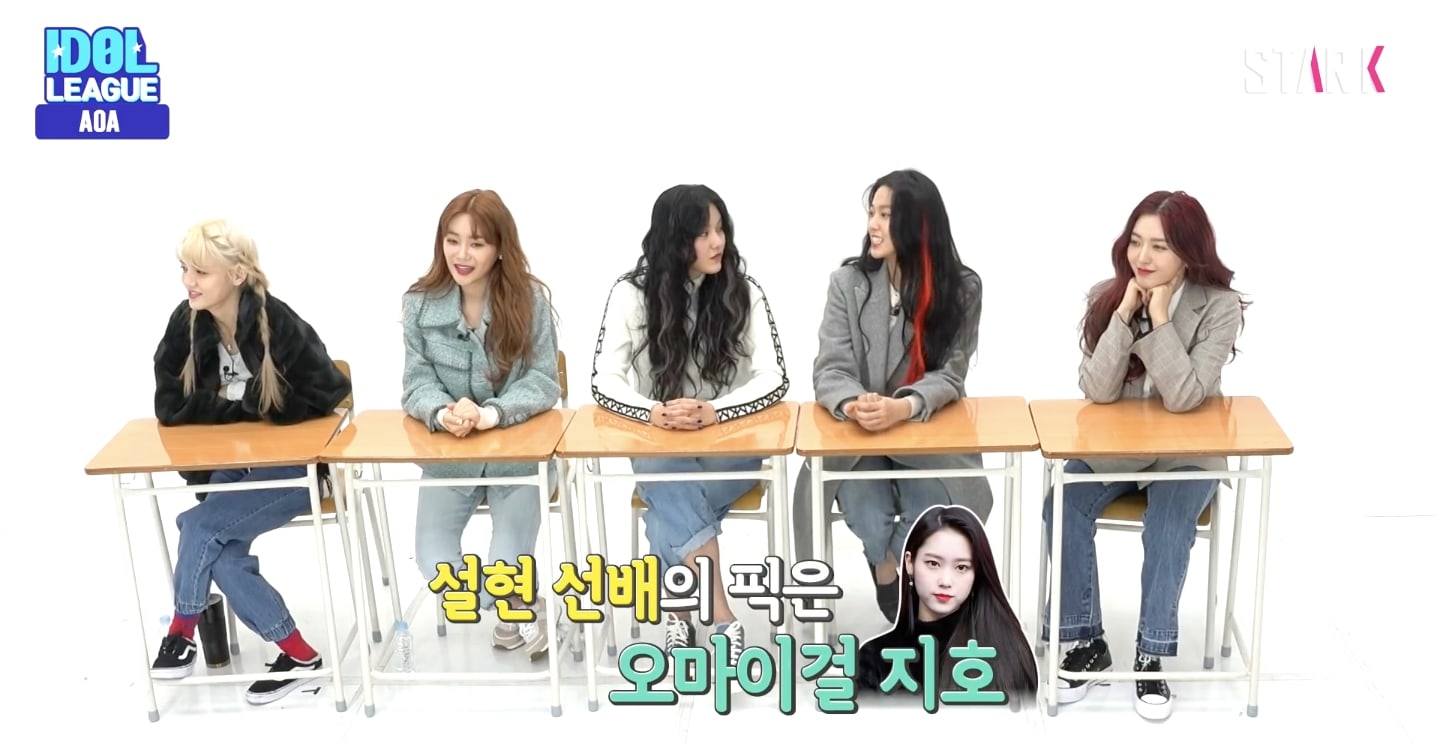 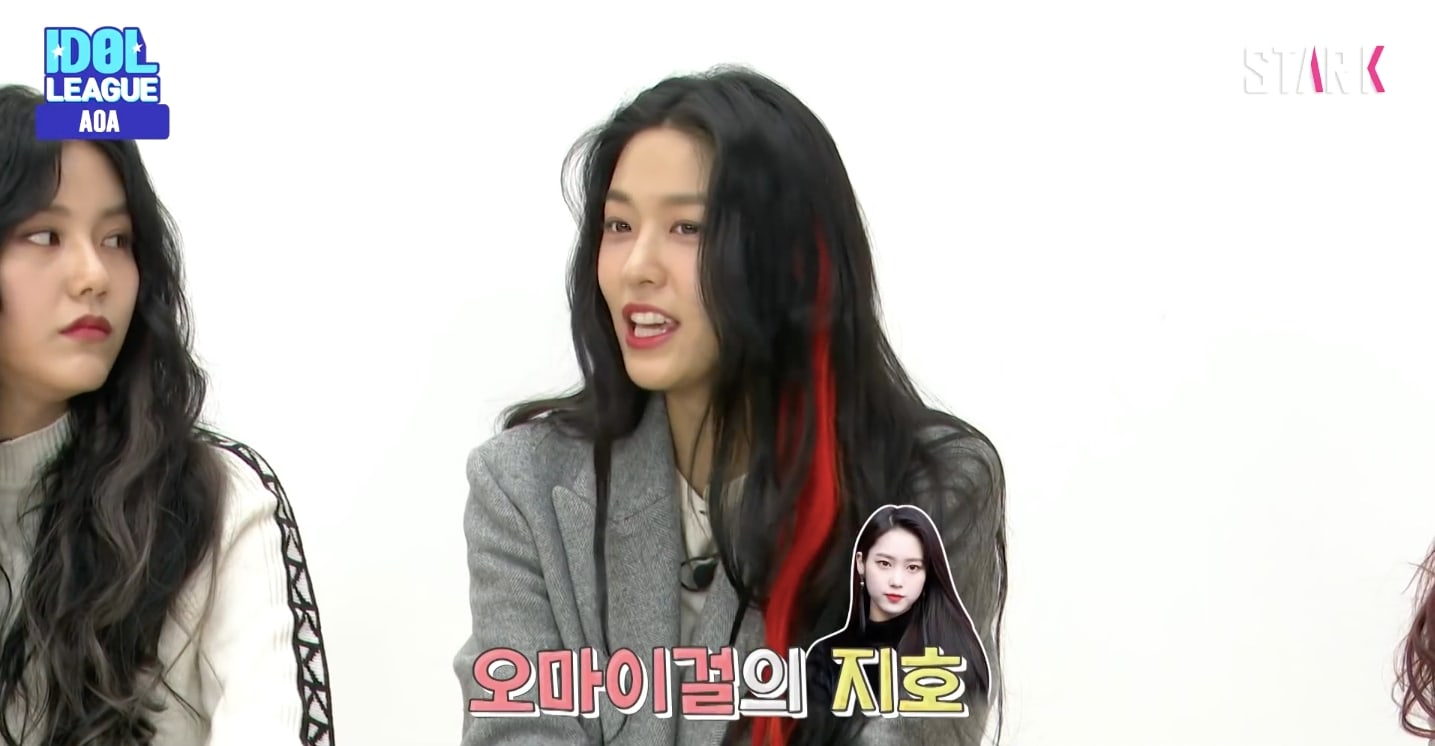 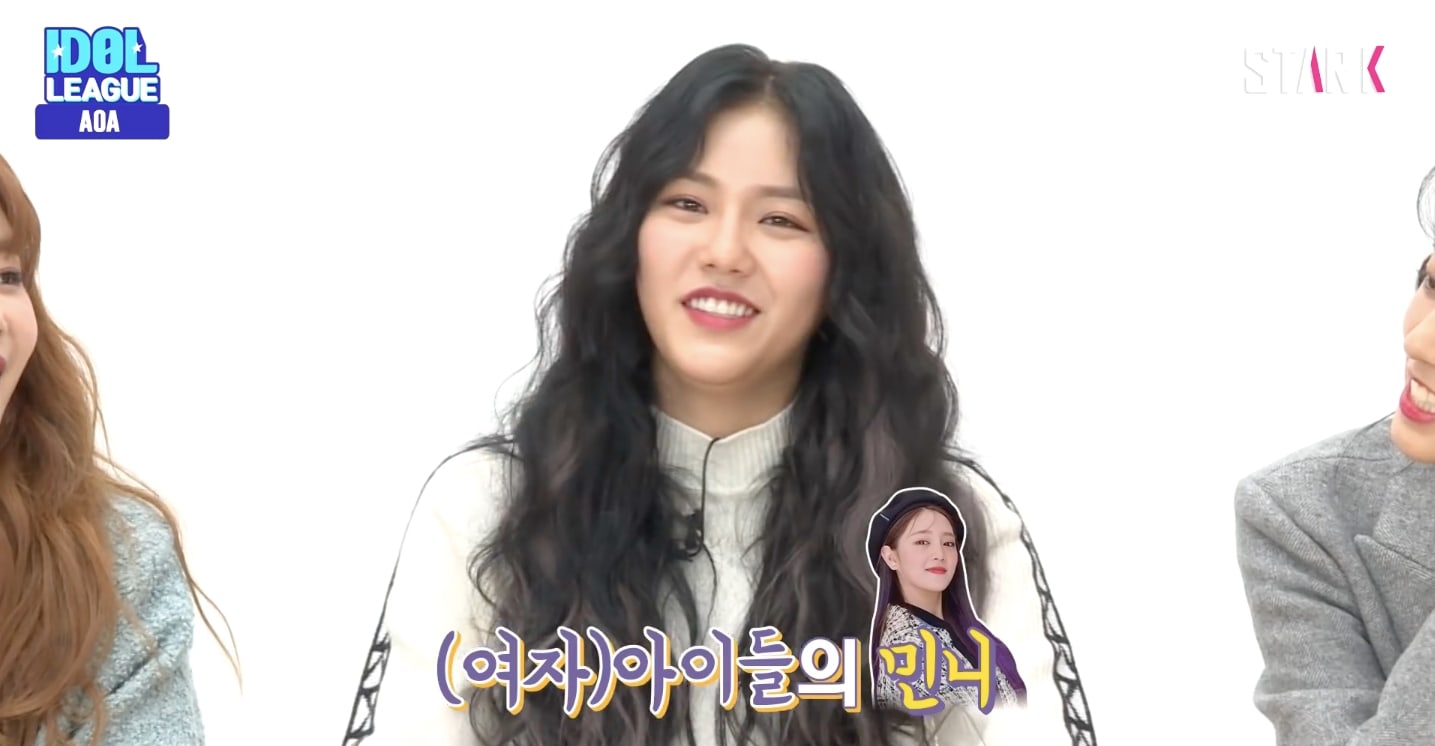