tvN’s “Crash Landing on You” has revealed stills of Ri Jung Hyuk (Hyun Bin) and Yoon Se Ri (Son Ye Jin) getting awfully cozy with each another while surrounded by their North Korean neighbors.

In the previous episodes, Yoon Se Ri made a surprise landing in the demilitarized zone between South Korea and North Korea due to a paragliding accident and met Ri Jung Hyuk. In an effort to find her way back home, she moved in the direction she thought was south, but ended up reaching North Korea. There, Ri Jung Hyuk hid her in his place, and the two of them began to form a deeper connection. At the end of the second episode, North Korean soldiers suddenly began checking the houses in the neighbor for suspicious people and found Yoon Se Ri in Ri Jung Hyuk’s house while he was away. Ri Jung Hyuk then made his appearance and introduced Yoon Se Ri as his fiancée in front of his neighbors.

The newly revealed stills show Ri Jung Hyuk and Yoon Se Ri doing their best to appear like an actual couple. The sudden romantic mood between the two raises questions as to whether or not they will succeed in getting themselves out of the risky situation. 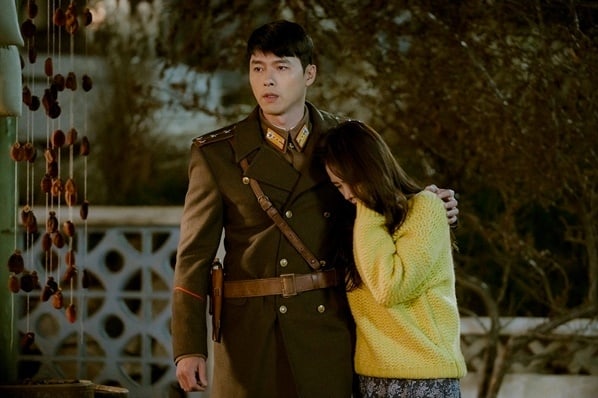 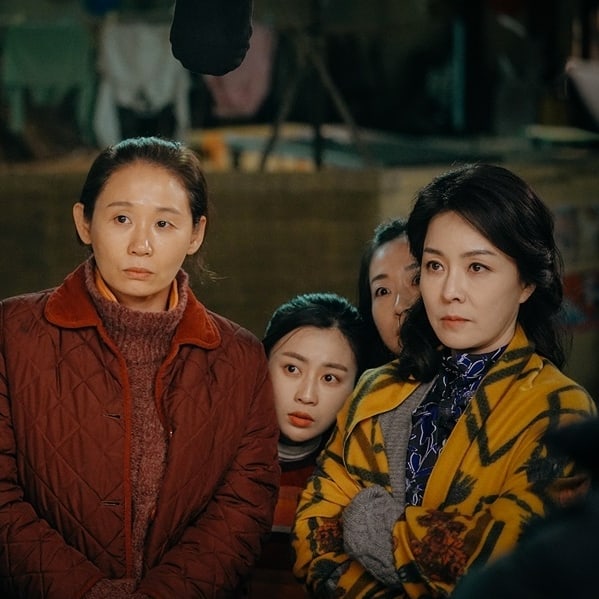 In other photos, Yoon Se Ri confidently faces the neighbors who are surrounding the pair as if they’re interrogating them (top photo). Will Yoon Se Ri be able to overcome all of these obstacles with her quick wits?

The third episode of “Crash Landing on You” airs on December 21 at 9 p.m. KST.