Do Sang Woo And Jin Se Yeon Test Their Chemistry In “Queen: Love And War”

Viewers are getting a preview of the relationship between the characters played by Do Sang Woo and Jin Se Yeon in their upcoming drama!

“Queen: Love and War” tells the story of a woman named Kang Eun Bo who wants to bring her twin sister’s murderer to justice. In order to do this, she competes with every eligible noblewoman at the palace to win the heart of the king who suffers from strange dreams of being shot in the head.

On December 19, TV Chosun released stills of the two characters reuniting at the stone bridge.

Jin Se Yeon appears as heroine Kang Eun Bo while Do Sang Woo portrays peddler-turned-grand prince Lee Jae Hwa. After their initial meeting at a knife fight in the middle of the night, many viewers are curious about what the future holds for these two characters.

In the stills, Kang Eun Bo and Lee Jae Hwa run into each other at the lake during a stroll to the palace. Kang Eun Bo hesitates with a look of worry and caution on her face while Lee Jae Hwa turns around, smiles, and begins dancing.

This scene was filmed in the city of Jeongeup in North Jeolla Province. The actors prepared by rehearsing their lines together. Jin Se Yeon helped liven up the atmosphere by joking that she was wearing a hanbok with Christmas vibes and Do Sang Woo kept an eye out to keep everyone safe on set while filming near the water. When cameras began rolling, the actors completed the emotional scene thanks to their ideas that gave off a unique mood. 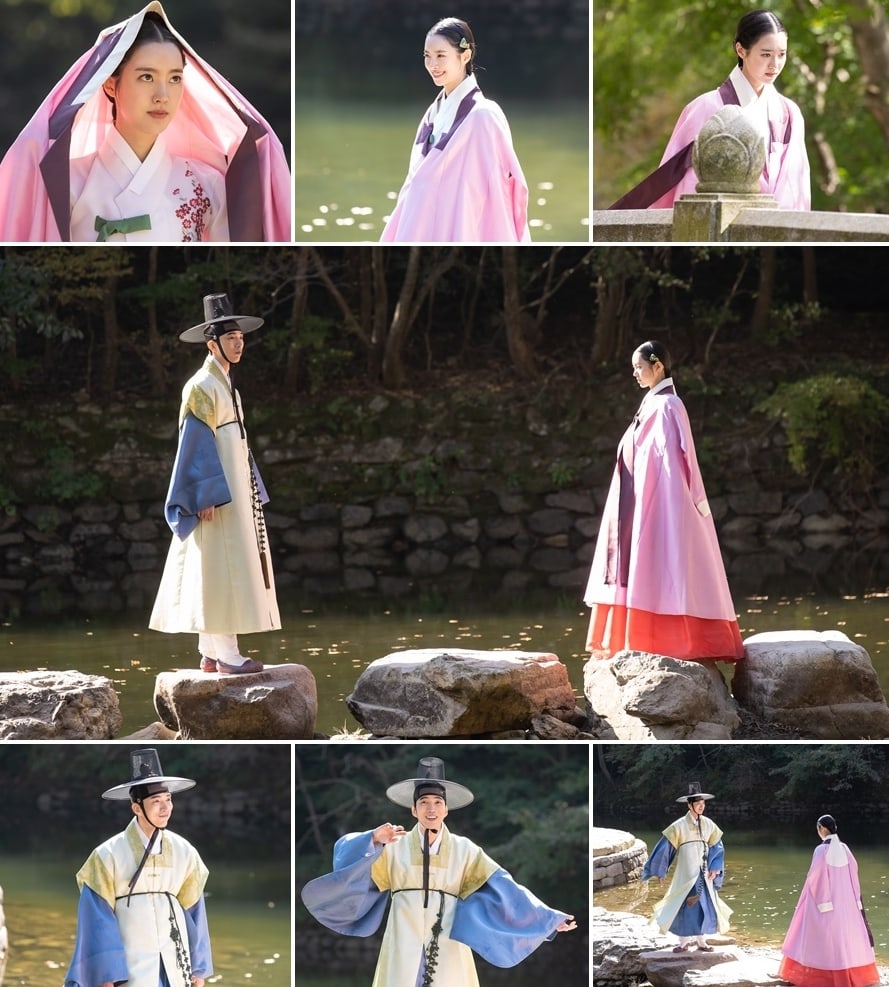 A source from the drama said, “The scene featured strange emotions. They had to seem out of step while also facing each other, and it was a melodramatic scene while also being comedic, and yet Jin Se Yeon and Do Sang Wook were amazing at pulling off the constantly changing emotions. The emotions of the laughter-filled set and beautiful landscape were perfectly captured in the scene, so please look forward to it.”

Do Sang Woo
Jin Se Yeon
Queen: Love and War
How does this article make you feel?