On December 19, Eun Ji Won, Uee, and IKON’s Yunhyeong attended a press conference for season two of Channel A’s “Cabin Crew” and shared their thoughts on joining the show. They are joining Shin Hyun Joon and Hwang Je Sung from the previous season.

Eun Ji Won said, “Even though it’s season two, I’m thinking of it as season one. I’m experiencing a lot of new things, and though it’s hard, I feel a sense of accomplishment, and I’m learning a lot.”

He added, “Whenever I’m on a plane, I’m almost always sleeping, so I had never actually met a flight attendant. I’d always been curious about what they do. Having now gone on flights [as an attendant], I’m determined to never take my own beverage on a plane. I never knew that they have to dispose of beverages in the lavatory because there’s nowhere else to do so.”

IKON’s Yunhyeong, the youngest of the crew, said, “Because my work requires me to travel overseas for performances a lot, I had met flight attendants before, and I had a positive opinion of the job because of how considerate and kind the flight attendants were. When I was approached to appear on the show, I agreed without hesitation. And I always wanted to try the crew meals. I saw the crew enjoying the meal so much in season one that I wanted to try it.” 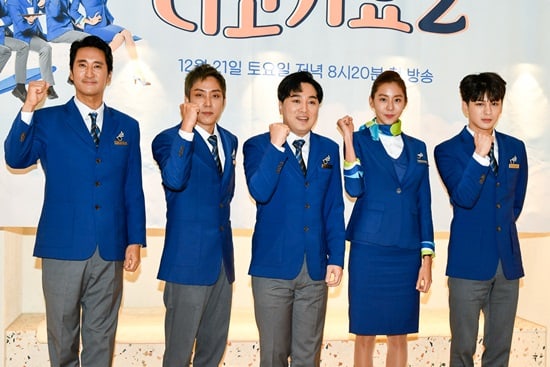