Super Junior’s Kyuhyun expressed gratitude for his father’s difficult decision after his life-threatening car accident back in 2007.

On the December 22 episode of SBS’s “My Ugly Duckling,” Kyuhyun appeared as a special MC. At one point during the show, host Seo Jang Hoon said to Kyuhyun, “I heard that the reason you’re able to sing today is thanks to a major decision your father made when your life was in danger.”

In 2007, Super Junior was involved in a serious car accident in which their van flipped over on the Olympic Highway. Kyuhyun was found unconscious 20 to 30 meters away from the van, with his clothes ripped off from the crash.

“I was in a major car accident 12 years ago,” explained Kyuhyun. “It was quite serious. I was in a coma for about four days, and I was hospitalized for about three to four months. Before I regained consciousness, all of my ribs were broken and were stabbing my lungs. Something needed to be done. At the time, the doctor said that he needed to puncture my neck and put a hose down my throat to expand my [thoracic and abdominal] areas.” 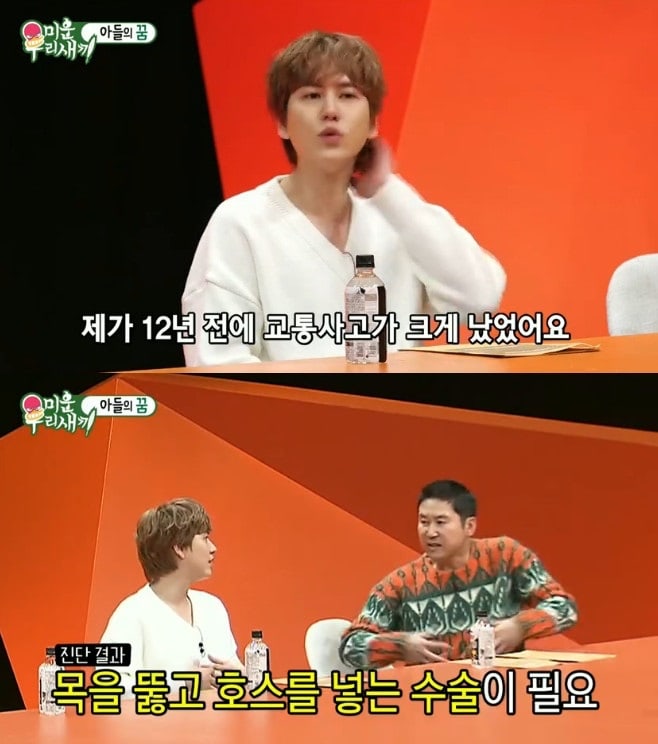 He continued, “But in that situation, my dad said, ‘My kid’s dream is becoming a singer. He’s someone who wants to sing. If you take away his voice, even if he lives… I don’t have the courage to take away his dream.’ The doctor said, ‘But if you don’t do this, he’ll die. Even if we do this [surgery], we don’t know if he’ll live or die.'”

“Eventually,” he went on, “an older doctor at the hospital took a look and said that he would try another way. They somehow punctured the sides of my body instead, and fortunately, it was a success. They didn’t have to puncture my throat. I feel really grateful to my dad for that.”

Kyuhyun concluded, “I think it’s really amazing that my father had those thoughts in that moment.” 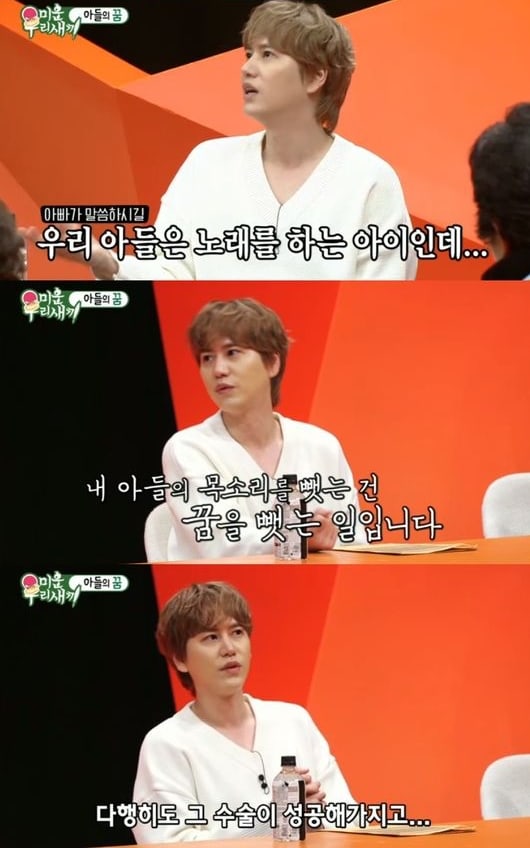 MC Shin Dong Yup remarked, “We have to be really good to our parents. When a child gets hurt a little or a lot, gets sick, or is in a cast for a couple of months, it’s torture [for the parents] just to see them feeling uncomfortable during that time. Imagine what parents must feel if their child survives something deadly like this and has to undergo such major surgery.”

Kyuhyun replied, “My mom was by my side every day for the entire four months that I was in the hospital.”

Catch up on last week’s episode of “My Ugly Duckling” below:

Super Junior
Kyuhyun
My Little Old Boy
How does this article make you feel?