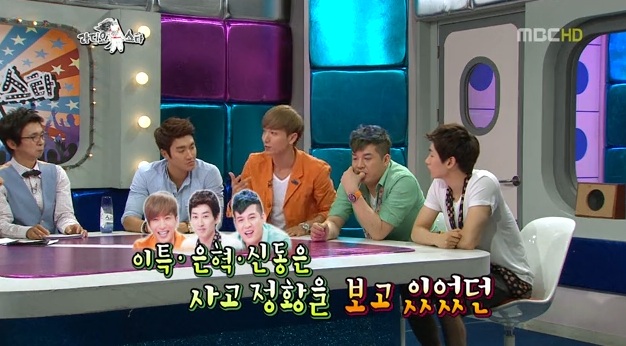 Super Junior’s Kyuhyun Thought He Was Paralyzed after Car Accident

Siwon first said, “Kyuhyun almost died from the crash. The doctor said we had very little hope. We were too young to understand death at that age, but it gave us new perspective.”

Leeteuk continued, “We were in our van after finishing our radio show. But on the Olympic Highway, our van tilted to the side several times and then it just flipped over. I grabbed the chair but because of the car’s speed, I crashed the side of my face on the window and just passed out right away.”

“When I opened my eyes, our manager was on his knees, screaming he would jump off the bridge and kill himself. I looked for the rest of the members and Eunhyuk and Shindong said they were OK. But I couldn’t find Kyuhyun,” Leeteuk said.

Eunhyuk added, “Kyuhyun was 20-30 meters away from the van. His clothes were all ripped off and he was unconscious. We woke him up but he just kept saying stuff we couldn’t understand. So we asked people on the side to call the ambulance.”

“I just blanked out right at the moment. When I woke up, I was lying on the road. It felt like by lower body was paralyzed. That’s when I felt like I was going to die soon, so I started to pray. Eunhyuk also ran to me and started praying together. I thought I was on my knees, but I wasn’t,” Kyuhyun later explained, “When I woke up, I was already in the hospital bed. They said I’ve been hospitalized for four days. So I rested for 4 to 5 months.”