Kim Sook began, “A person of really hot interest is here” and alluded to Lee Hye Sung, who made headlines with her dating news in November. Min Kyung Hoon asked, “Why? Why? Why?” and had no idea of this news. The hosts then informed him, and he reacted with shock.

The hosts then inundated Lee Hye Sung with questions about Jun Hyun Moo. Song Eun Yi first asked, “You personally addressed it [on ‘Entertainment Weekly‘],” and the announcer explained, “The dating news was released three weeks before ‘Entertainment Weekly’ went off-air. I wouldn’t have had to personally talk about it if it came out three weeks later, but I addressed it myself since it was announced early.” 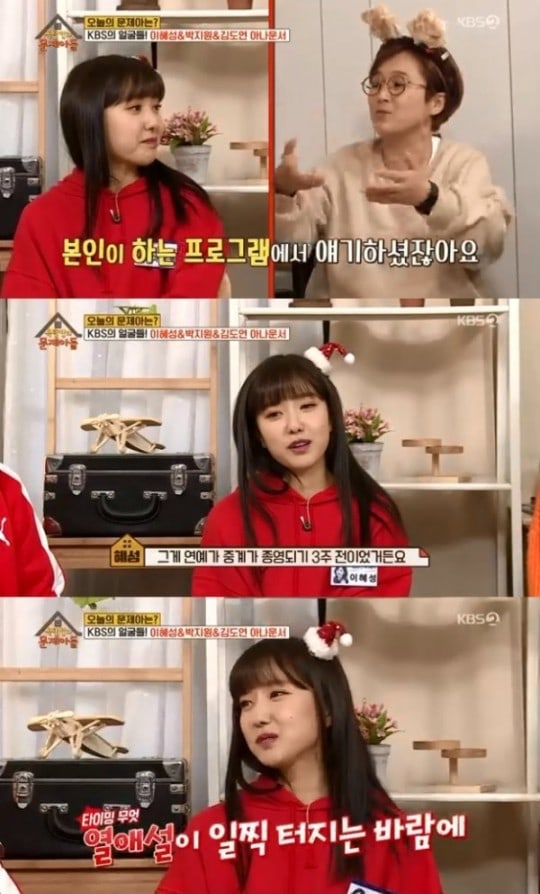 As for Jun Hyun Moo’s advice for her appearance on the show, she answered, “[He said] that since everyone is a professional, I would naturally blend in even if I didn’t work hard to be funny. He told me to rely a lot on Kim Yong Man, Song Eun Yi, and Kim Sook. He also said to be prepared since Jung Hyung Don asks lots of questions that are not in the script and to not be excessive like Min Kyung Hoon.” 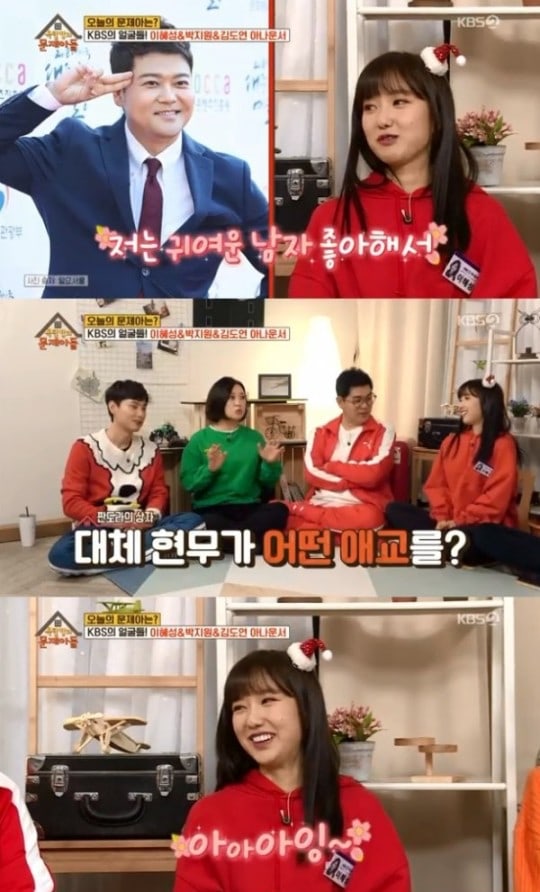 The other announcers knew about Jun Hyun Moo and Lee Hye Sung’s relationship prior to the reports. Park Ji Won and Kim Do Yeon said, “There are rumors even if you don’t talk about it. We already knew. We felt strange vibes during her appearance on ‘Happy Together.‘”