As of 3:30 p.m. KST on December 25, Red Velvet’s latest comeback title track “Psycho” has achieved a certified all-kill. The girl group released their latest repackaged album “The ReVe Festival: Finale” on December 23 and the song immediately swept major realtime charts. The album also topped the iTunes Top Album Charts in 42 countries and made Red Velvet the first K-pop girl group to reach No. 1 on the chart with three albums in a year. 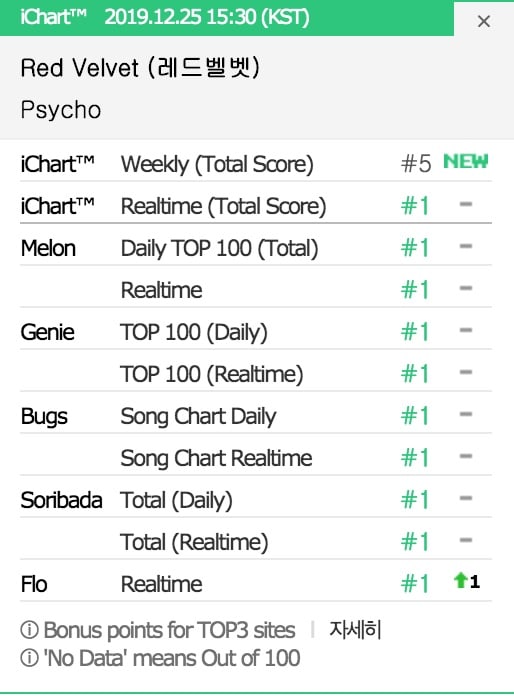 A certified all-kill is given to songs that score No. 1 on the daily and realtime charts of Melon, Genie, Bugs, Mnet, Naver, and Soribada; and the realtime charts of Flo and iChart. It remains to be seen if Red Velvet will also score a perfect all-kill, which includes topping the iChart weekly chart as well.