On December 26, Gaon Chart revealed its weekly rankings for the week of December 15-21.

On this week’s charts, releases by Baek Yerin; IU; and Yumdda, Deepflow, Paloalto, The Quiett, and Simon Dominic dominated the top three on digital, streaming, and download charts. Stray Kids and Park Ji Hoon remain strong on the album and social charts respectively.

Baek Yerin’s “Square (2017)” took the top spot in the overall digital chart and second place on the streaming chart. “I’MMA DO” by Yumdda, Deepflow, Paloalto, The Quiett, and Simon Dominic topped the streaming chart, while it rose to No. 2 on the overall digital chart. IU’s “Blueming,” Noel’s “Late Night,” and “Into the Unknown” from “Frozen 2” each respectively took the No. 3, No. 4, and No. 5 spots on both charts. 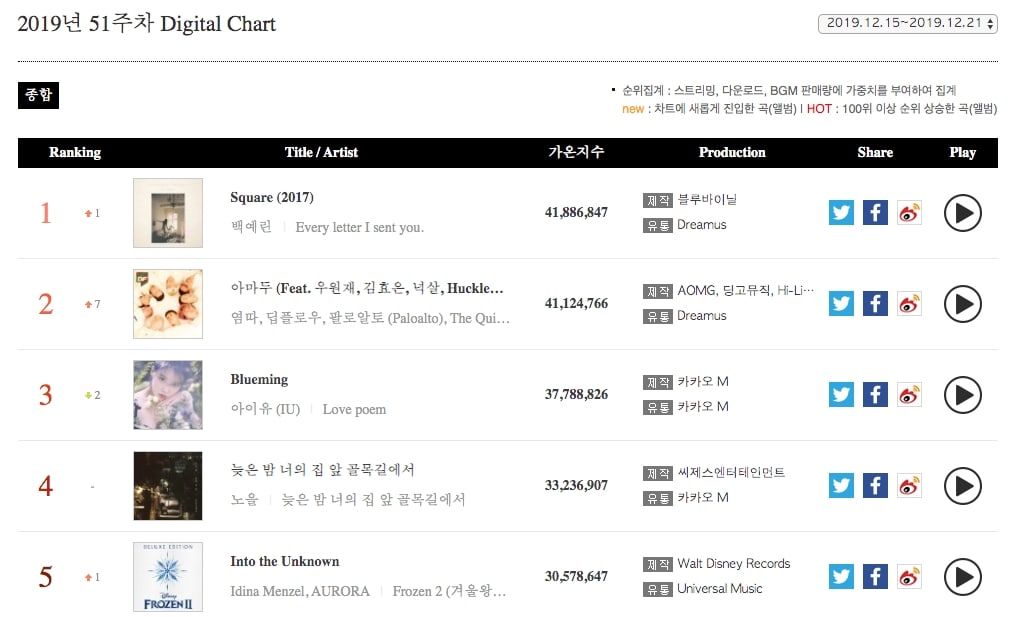 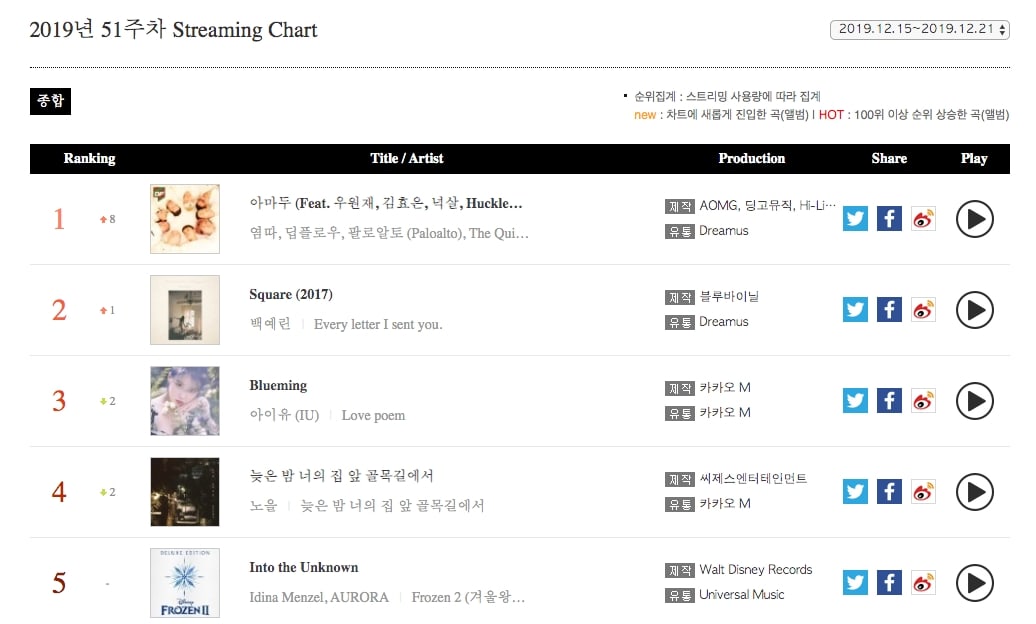 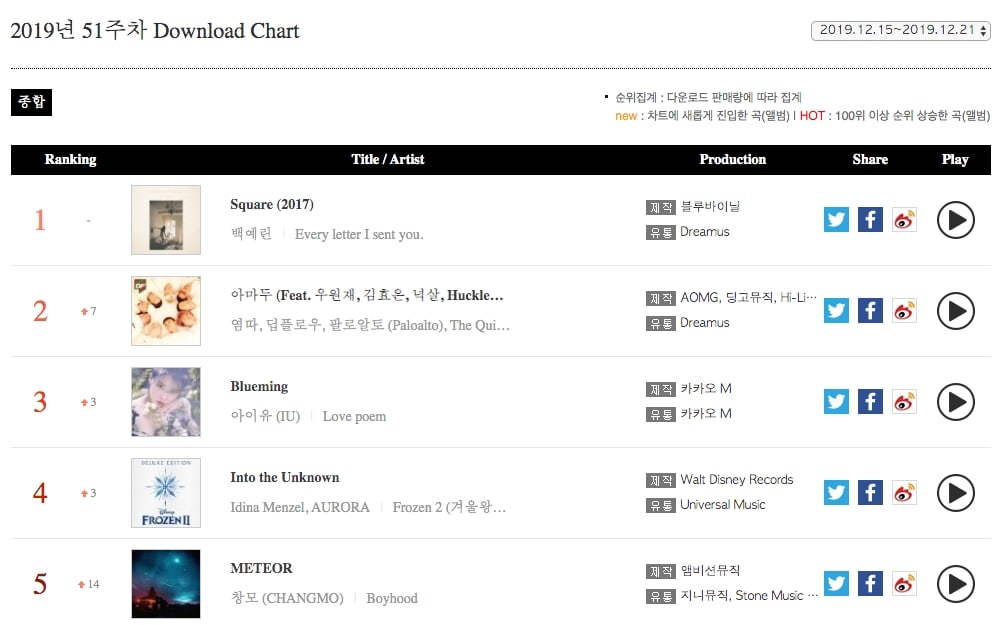 Stray Kids’ “Clé : LEVANTER” remains at the top of the album chart recording physical album shipments. WJSN’s “As You Wish” went up six steps to No. 2, and EXO’s “OBSESSION” keeps steady at No. 3. CIX’s “Chapter 2. Hello, Strange Place” and VIXX member Hyuk’s “Winter Butterfly” each took the No. 4 and No. 5 spots. 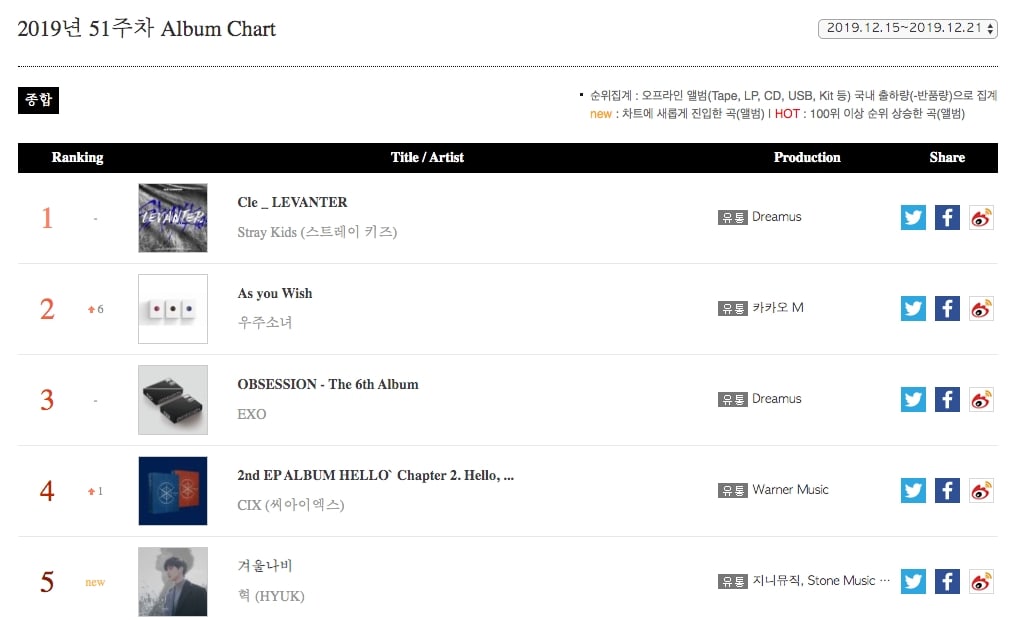 Park Ji Hoon and BTS maintained their spots at No. 1 and No. 2 on Gaon’s “Social Chart 2.0,” while Stray Kids moved up one step to No. 3. Kim Jae Hwan and gugudan’s Kim Sejeong rounded out the top five. 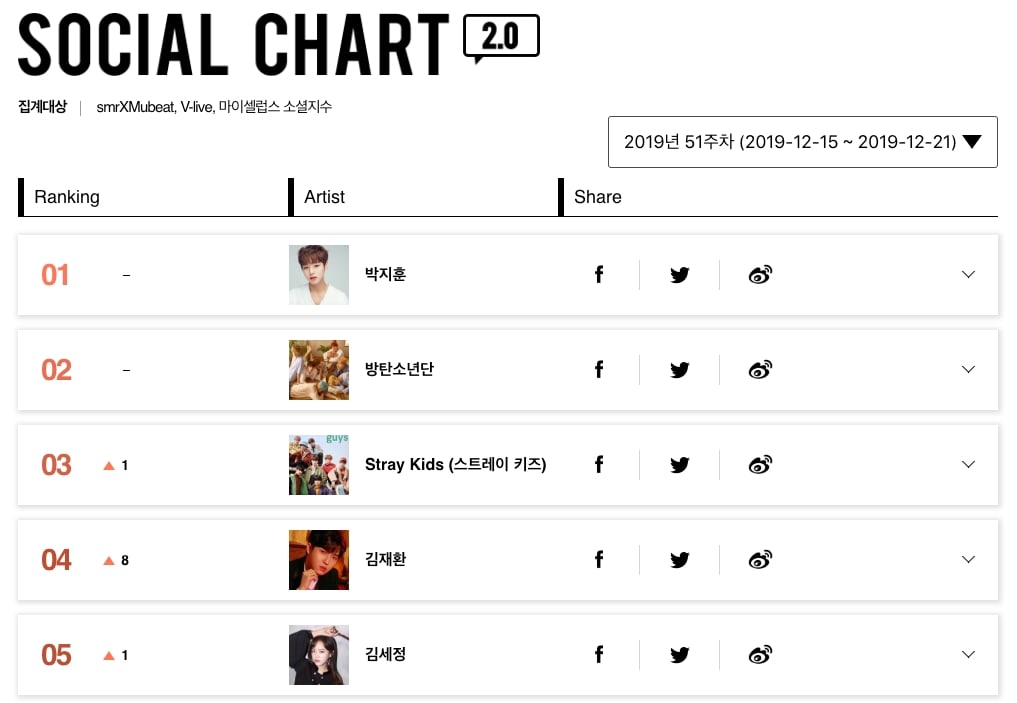