The rankings were compiled through the analysis of consumer participation, media coverage, interaction, and community awareness indexes of 100 idol groups, using big data collected between November 26 and December 27.

BTS’s Jimin continued to hold his spot at the top of the list for the third month running with a brand reputation score of 13,694,821 for the month of December. This is an increase of over a whopping 3 million for his score last month. Highest-ranking phrases in link searches were “warm,” “donation,” and “cute,” while the most frequently searched related keywords were “ARMY,” “stage performance,” and “good deeds.”

Rounding out the top five were BTS’s V and AOA’s Seolhyun in the No. 4 and No. 5 spots, respectively.

Check out the top 30 individual idol member rankings below! 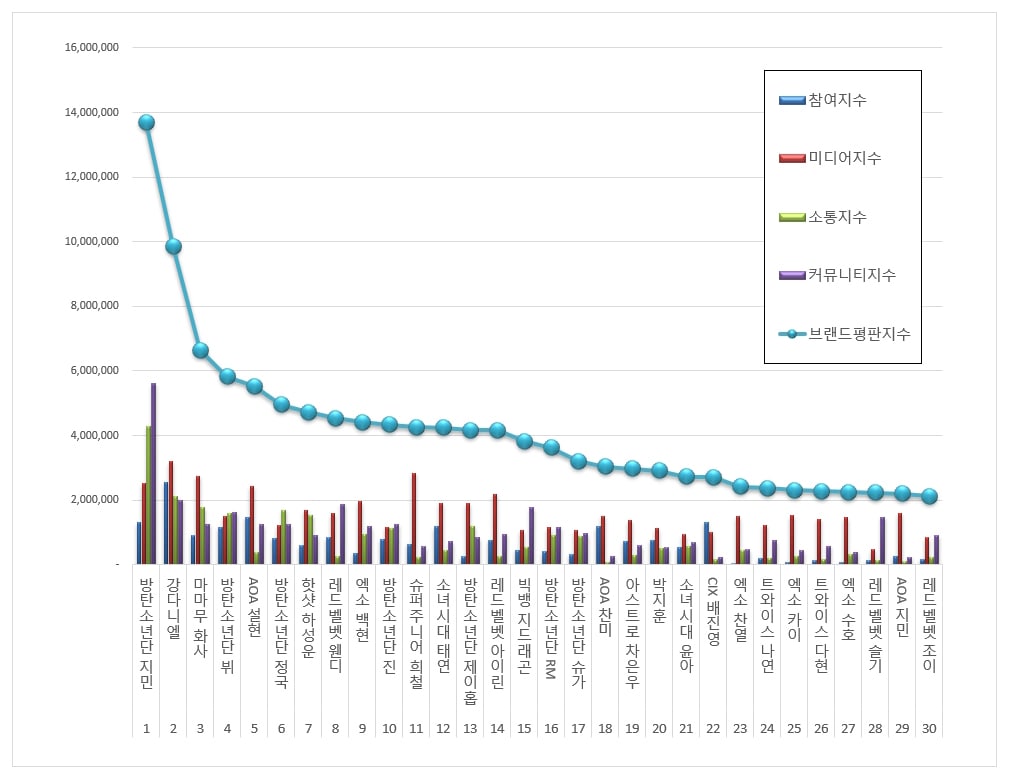