Kim Gura wasn’t afraid to speak his mind about the current state of award shows at the 2019 SBS Entertainment Awards.

At one point during the show, host Kim Sung Joo stopped by Kim Gura’s seat to interview him about his nomination for the Daesang. In a moment of self-deprecating honesty, Kim Gura remarked, “To be honest, I myself am having a hard time accepting that I’m a Daesang nominee, so I worry whether the viewers will be able to accept it.”

A surprised Kim Sung Joo responded, “But many people are rooting for you,” and Kim Gura replied, “Honestly, it seems like the network threw eight people in because they wanted an assortment [of nominees].” 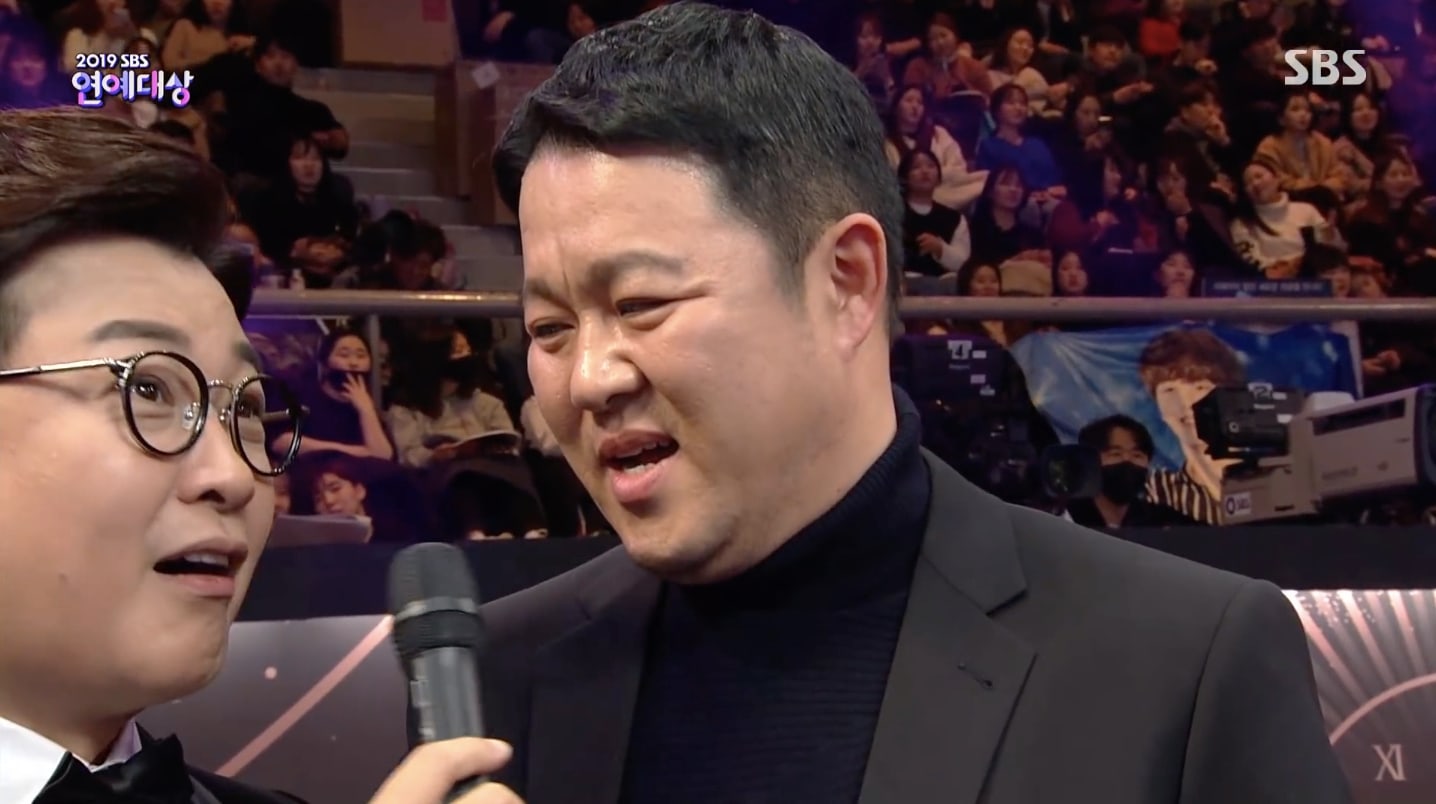 “I’m delighted [to be nominated],” continued the comedian, “but starting this year, my mood has changed somewhat. I can’t put on a false expression. Earlier, I went up to receive the Excellence in Programming Award for ‘Same Bed, Different Dreams,’ but to be honest, I shouldn’t have been the one receiving the award. It’s the married couples and the production staff that work hardest on our program, so I [felt uncomfortable] going up to receive the award. Well, I do work hard in the studio, but… anyway, I’ve been sitting here with complicated feelings for the past two hours and a half.” He added, “It’s really an honor just to be sitting here.”

Then, when Kim Sung Joo asked him to share his thoughts on who would win the Daesang that night, Kim Gura took the opportunity to instead voice his opinion on how entertainment award ceremonies needed to change.

“I think these entertainment award ceremonies need to change up the scene,” he declared, before shocking Kim Sung Joo by continuing, “Honestly, the ratings for the 2019 KBS Entertainment Awards a few days ago weren’t so great.”

“Since there are so many nationally beloved programs that have been running for 5 or 10 years, the same shows are now receiving awards year after year in a rotating format,” said Kim Gura. “So in my opinion, from now on, they should leave out useless people like me and nominate only people [who have a real shot at the award], like Baek Jong Won, Yoo Jae Suk, and Shin Dong Yup. Keeping it to only three people would make things more exciting and suspenseful. Why are Seo Jang Hoon and I sitting here? Kim Jong Kook, too.”

He went on, “[Entertainment award ceremonies] should no longer run things this way, nominating eight people for the Daesang and then filling up one or two hours with their individual skills instead of any content. Okay? From now on, let’s be accurate. The directors of the three broadcast networks [KBS, MBC, and SBS] should get together and have one network air [one entertainment awards ceremony for that year] each year. I know you do this because of the ads, but please don’t do this anymore. It’s time for things to change.”

As the startled Kim Sung Joo attempted to stop him, he continued, “That’s what I think. I bet many viewers will agree with me and say, ‘For the first time in a long while, Kim Gura is saying something right.'” 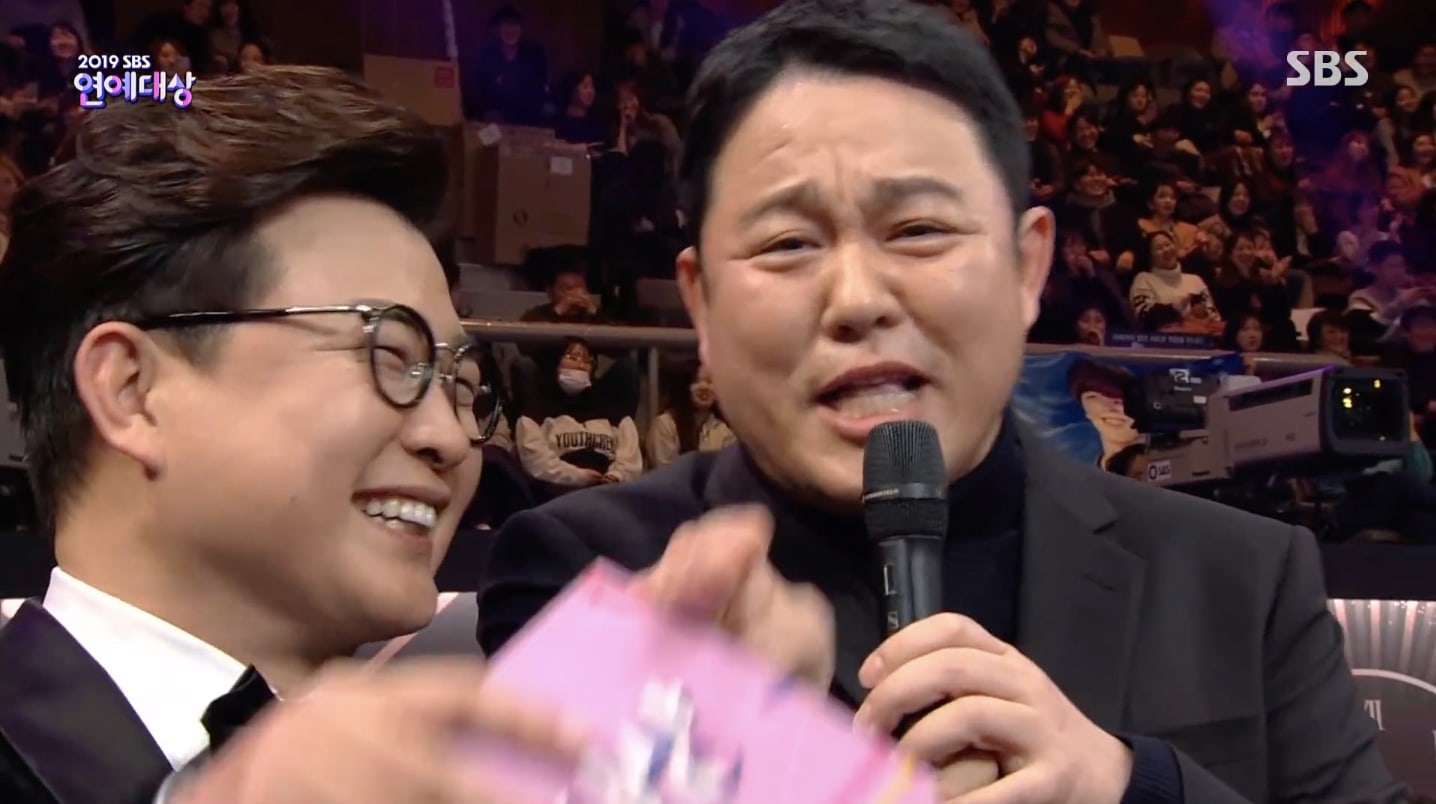 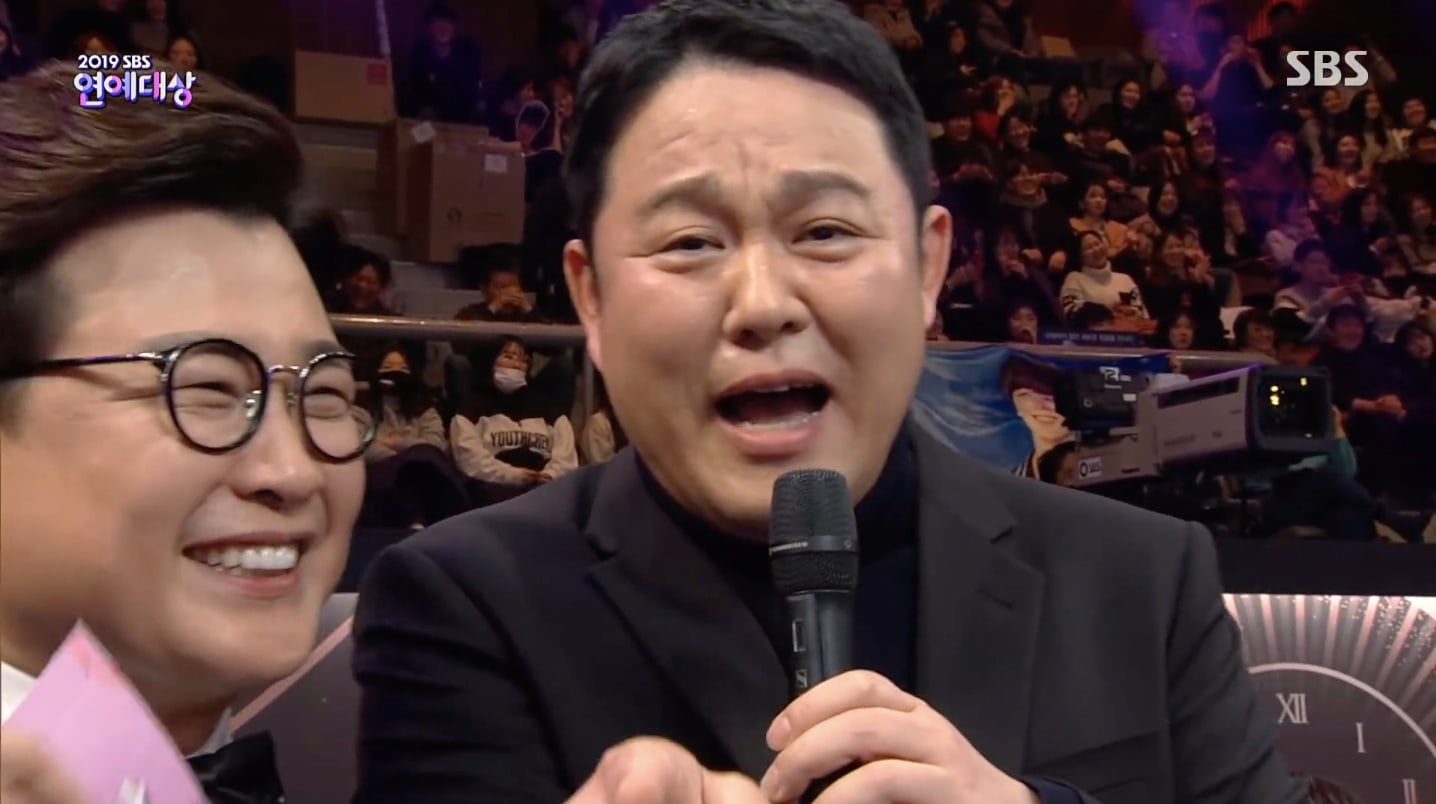 Kim Gura ended his bold remarks to the cheers of the crowd, with many of his fellow attendees rising to give him a standing ovation. 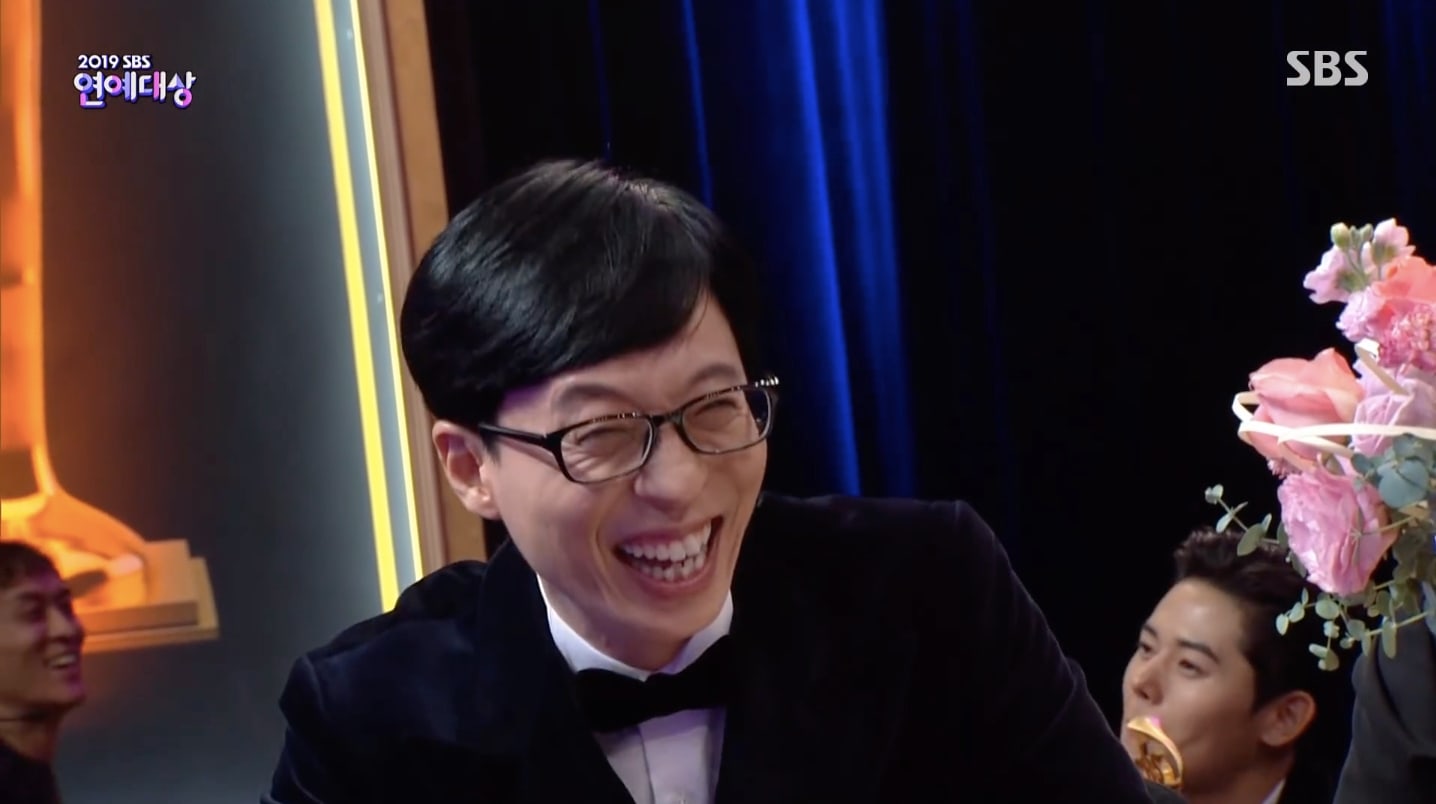 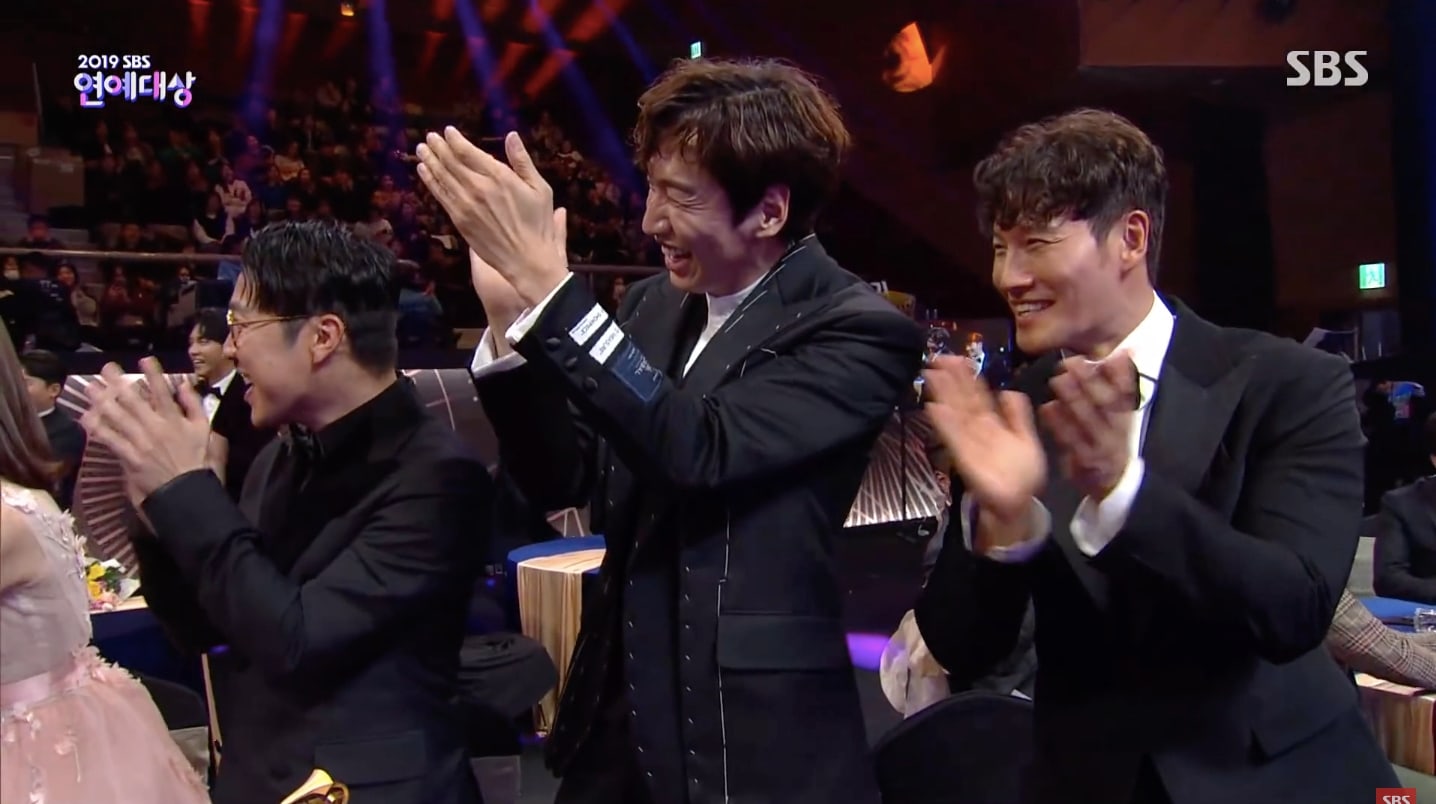 The 2019 SBS Entertainment Awards will soon be available with English subtitles on Viki. In the meantime, you can check out the full list of winners here!

Kim Gura
2019 SBS Entertainment Awards
How does this article make you feel?