It is time for Son Ye Jin and Hyun Bin to make importantchoices in tvN’s “Crash Landing on You.”

“Crash Landing on You” tells the story of a wealthy South Korean heiress named Yoon Se Ri (Son Ye Jin), who is forced to make an emergency landing in North Korea during a paragliding trip. There, she meets North Korean officer Ri Jung Hyuk (Hyun Bin).

Previously, Yoon Se Ri managed to find a flight to Europe with the help of Ri Jung Hyuk. While making their way to Pyongyang, the two made lots of memories and grew closer, making their impending farewell more heartbreaking. 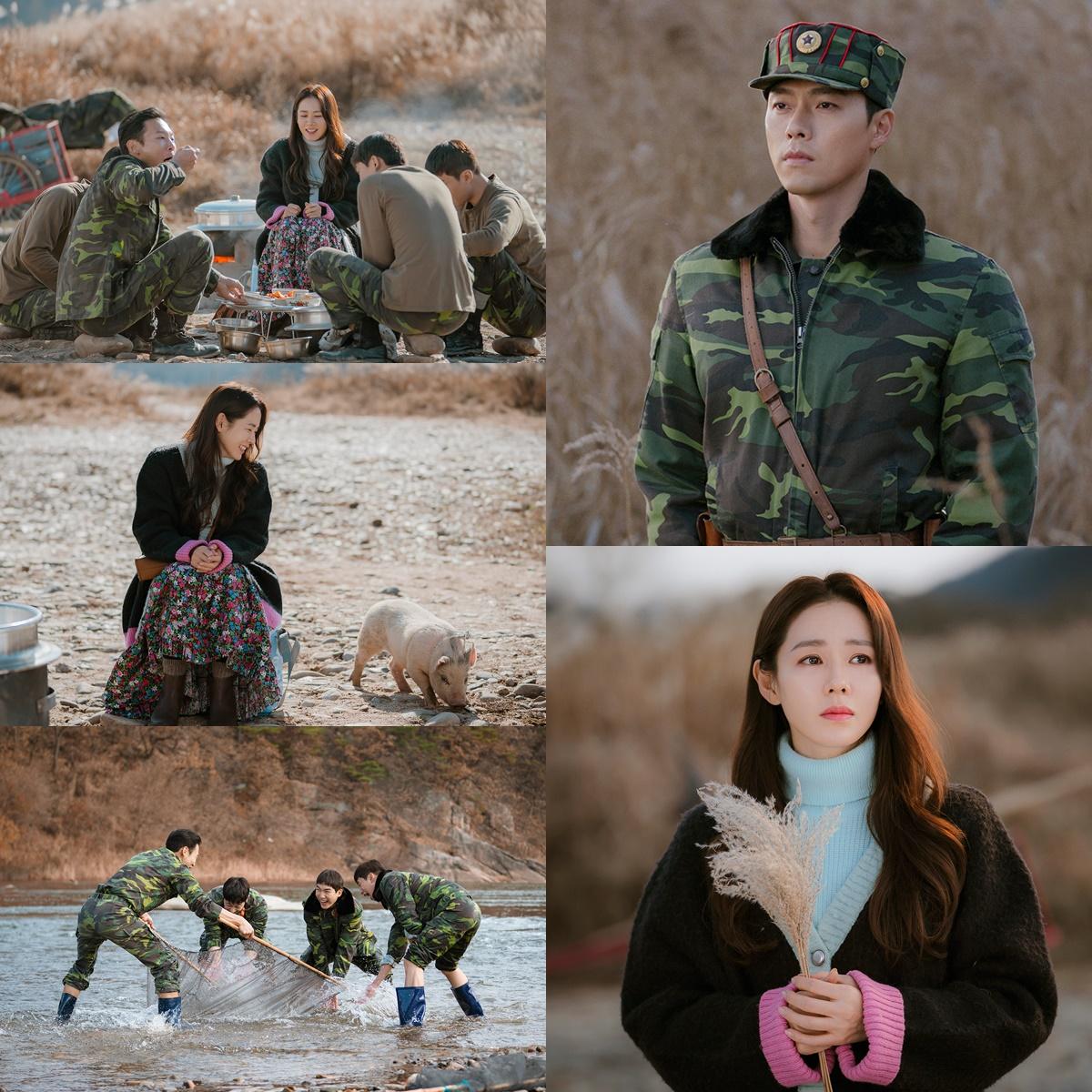 New stills show Yoon Se Ri having an enjoyable time camping with the soldiers of the fifth infantry. Yoon Se Ri smiles happily as she glances at the baby pig next to her, and the soldiers are playfully catching fish with a net. Ri Jung Hyuk looks at them with an undecipherable expression on his face, adding a tinge of sadness to the scene.

Also in the previous episodes, Seo Dan (Seo Ji Hye) made her way to her fiancé Ri Jung Hyuk immediately after returning home from abroad. She told him, “We must love each other. Please cooperate with me.” Ri Jung Hyuk replied that he would make an effort and had a meal with her mother at her place. 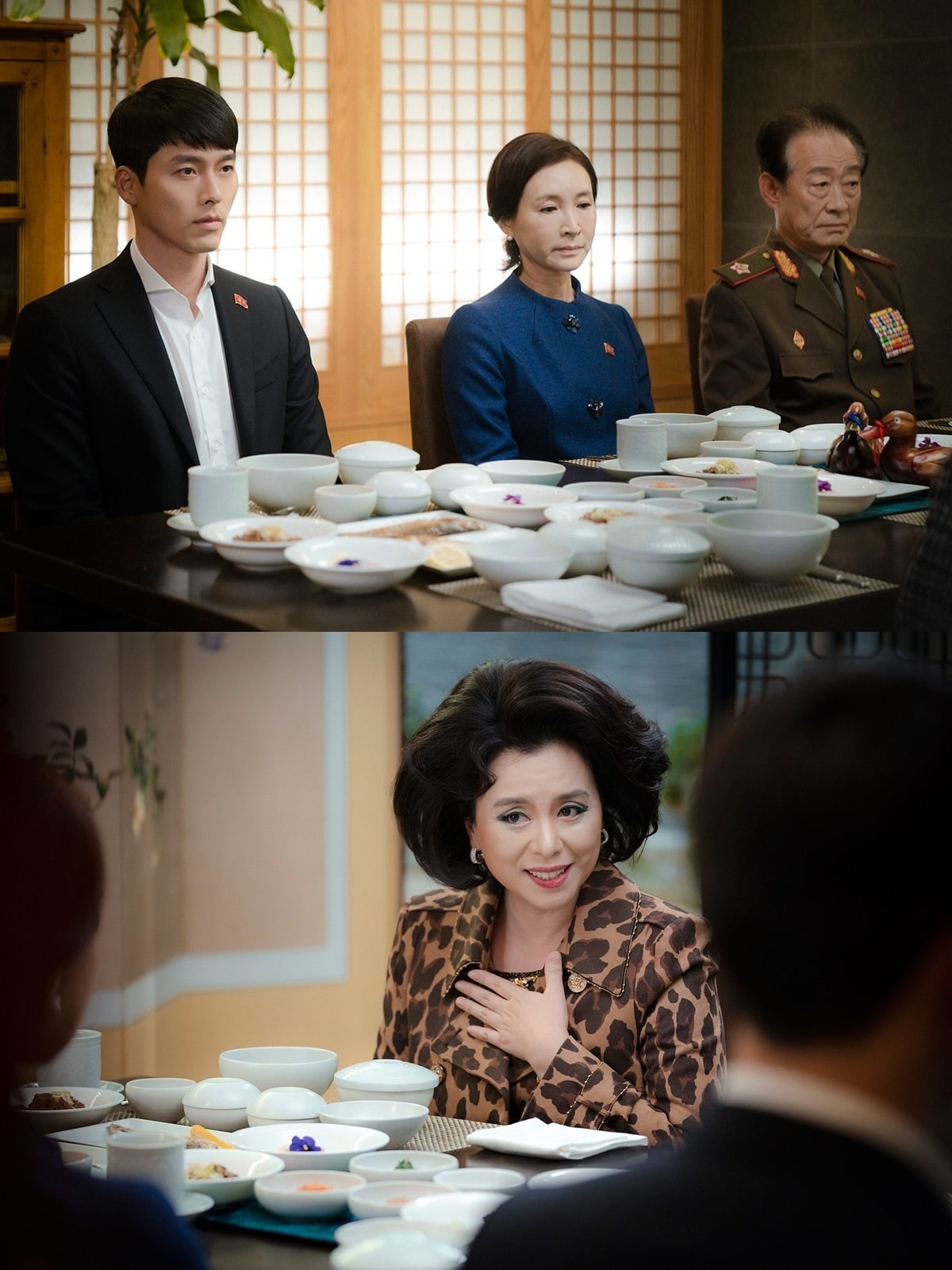 In the stills, Ri Jung Hyuk and Seo Dan can be seen having a formal meal with both of their parents. Though Ri Jung Hyuk appears calm, it remains to be seen if he will go through with the marriage now that he has met Yoon Se Ri.

Hyun Bin
Seo Ji Hye
Son Ye Jin
Crash Landing On You
How does this article make you feel?