Some pretty exciting names have teamed up for an upcoming spy film!

According to a report on December 31 from Korean cinema company Showbox, GOT7’s Jinyoung, Park Hae Soo, and Sol Kyung Gu will be joined by Lee El, Yang Dong Geun, and Song Jae Rim for an upcoming action film called, “The Angel Without, The Devil Within” (tentative title). The Korean title for the film, “Yacha,” is based on the yaksha of Hindu mythology.

The film is an action thriller based on some of the greatest spies called “yaksha,” who come together as a special police force in Shenyang, China.

Prior to the start of filming for “The Angel Without, The Devil Within,” the cast and crew met on December 17 to do a script reading, where the actors showed their skills and their characters in some of the most important scenes. Since the film is not set in Korea, many of the scenes will be filmed in languages other than Korean, earning the actors the respect of the staff and crew.

At the script reading, Sol Kyung Gu said, “A lot of different actors, both veterans and younger actors, have come together for this film, and I think the energy is going to be off the charts [in the film]. I hope people will eagerly anticipate it.” Sol Kyung Gu is cast as Kang In, the leader of the NIS Shenyang International Division’s elite team called “Black Team.”

Park Hae Soo is cast for the role of Ji Hoon, a straight-laced, by-the-books prosecutor from the Seoul Central District Prosecutor’s Office sent to Shenyang. Park Hae Soo said, “I hope everyone remains healthy during filming. I’m grateful to all the people who will work together to support [this film].” 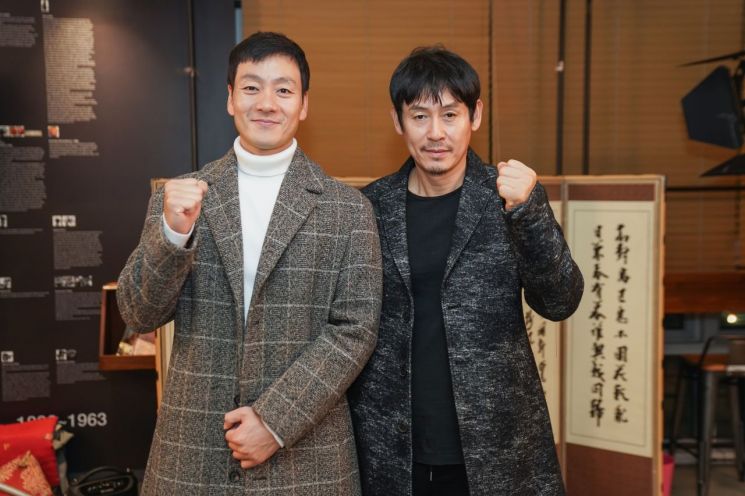 Director Na Hyun said, “The staff and crew believe in the cast that we’ve chosen, and I hope that everyone can depend on each other and work together all the way to the finish line.”

Filming is set to begin on December 31.