In the upcoming episodes of MBC’s “Love with Flaws,” Oh Yeon Seo and Ahn Jae Hyun will be experiencing a turning point in their relationship.

Previously, Joo Seo Yeon (Oh Yeon Seo) and Lee Kang Woo (Ahn Jae Hyun) confirmed their feelings for one another for the first time in 15 years. However, the walls of reality hang high between the two. Joo Seo Yeon blamed herself for being the reason why her parents died in a car accident because she had begged them to take her to meet Lee Kang Woo. In the end, Joo Seo Yeon realized once again that she could not approach him.

The new stills showcase Joo Seo Yeon and Lee Kang Woo going out on a date. Although Lee Kang Woo’s gaze is filled with adoration, Joo Seo Yeon looks as if she could burst into tears at any moment.

In another photo, Joo Seo Yeon rests her head on Lee Kang Woo’s shoulder after a long conversation. Viewers are curious to see what will happen in the upcoming episodes. 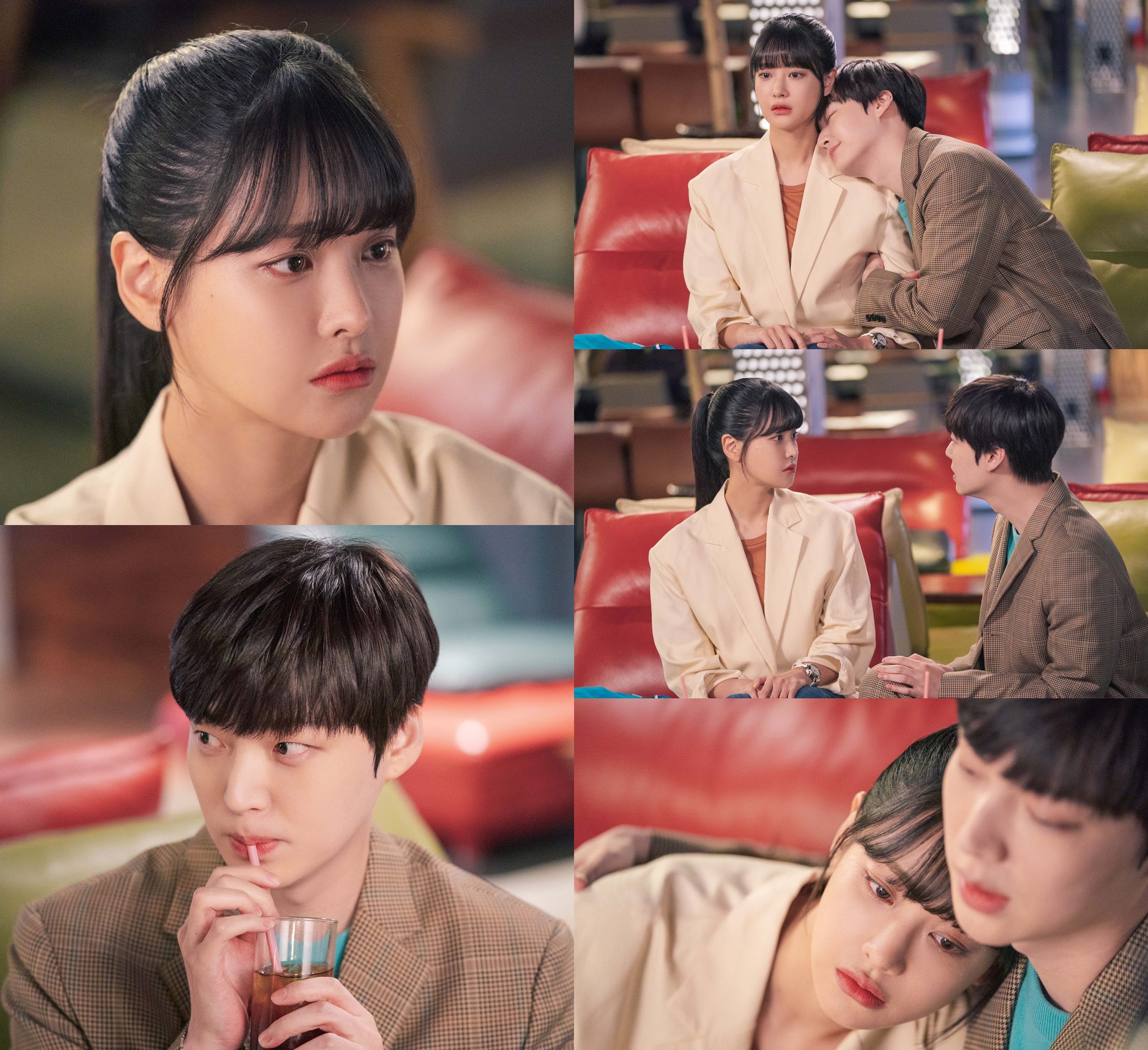