On the January 1 episode of “Radio Star,” Heechul appeared as a guest, alongside others including the famous League of Legends player Lee Sang Hyeok, who is better known by his in-game name Faker.

Heechul explained that Faker being on the guest list for that day was the reason he decided to come on the show. He said, “I’ve been rejecting offers to appear on the show for a while because of schedule conflicts, but I’m on the show today despite it being Christmas after canceling my party. The reason is Faker. I’m so nervous right now. He’s known as a ‘living legend’ among gamers.” 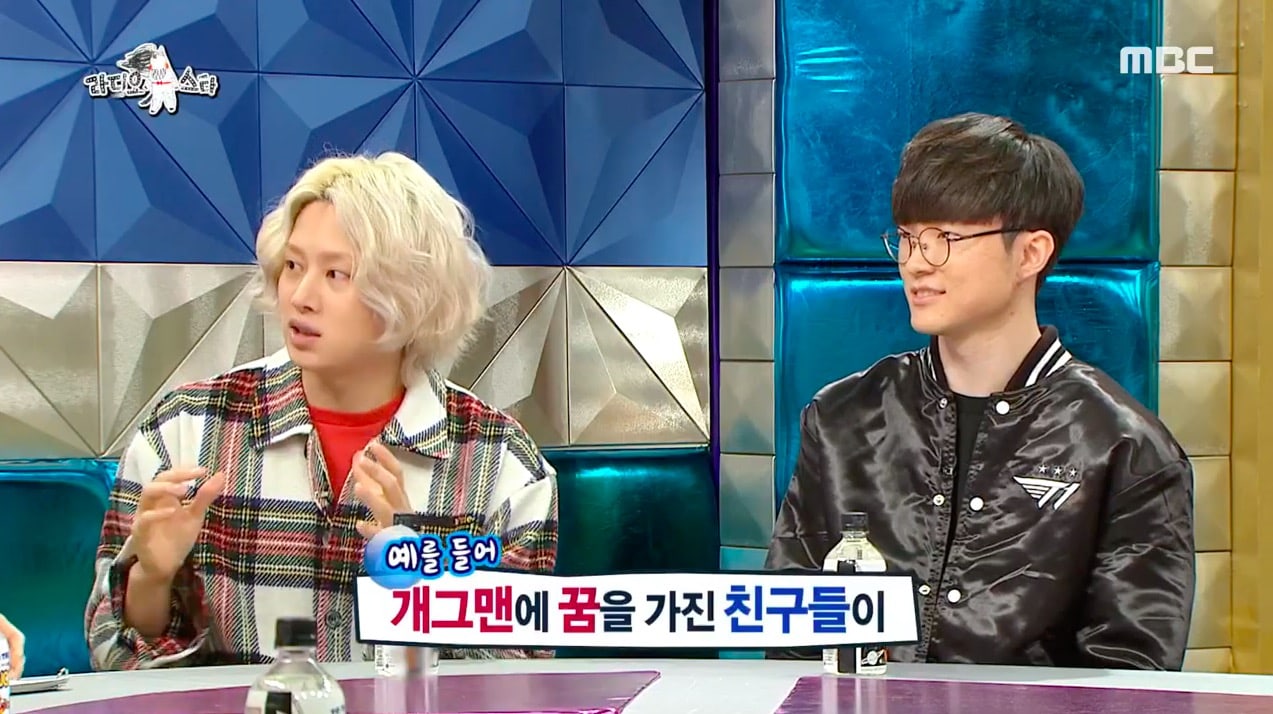 Heechul was later asked if it’s true that he spends a lot of money on gaming. He replied that he doesn’t buy designer goods, luxury cars, or expensive watches, and so a lot of his money goes towards gaming.

“The reason is that if I do that, the game company does well and they can make more games,” he explained. “Then I get to enjoy a lot of different games.”

Some of the hosts and other guests were surprised by this number, and Kim Gura asked, “Wouldn’t it be better to buy a watch?”

Heechul replied, “Why? I can just look at the clock on my phone.” 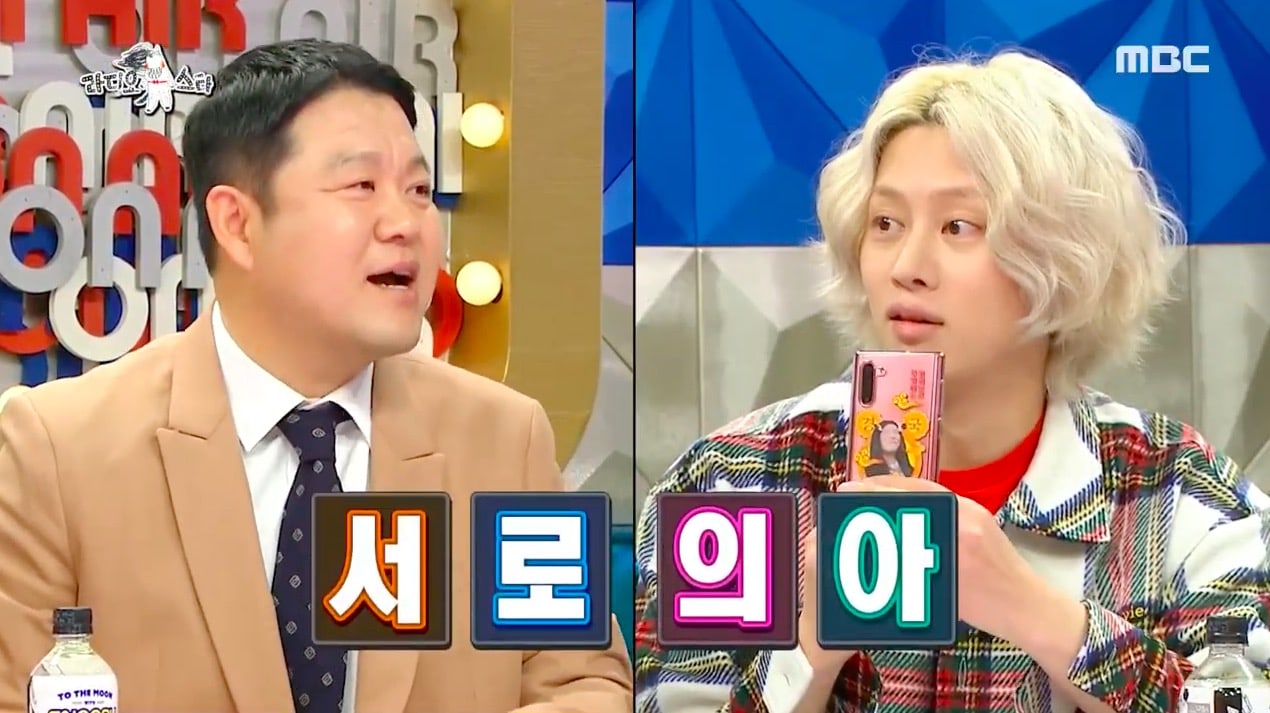 As everyone debated the value of spending money on in-game purchases, Heechul said, “Even if I don’t have a sports car, my character drives a good car.”

Heechul was also asked if he’s considered to be a good gamer among celebrities, and he named himself as at the top when it comes to stars who play League of Legends. “I’m rivals with Lee Min Ho,” he said. “The two of us play games with our mics on. But people who play this game tend to blame other people a lot. When you die, you blame someone else.” He explained that this means that they fight a lot when they play, but they remain close friends.