During the show, Heechul was asked what his hope is for 2020. “I hope everyone is happy,” he replied.

He went on to say that since his debut, he’s been dealing with malicious comments and rumors, but he brushed them off. “I’m that type of person so I didn’t pay attention to them,” he said. “But I used to tell junior artists, ‘Don’t look at malicious comments. You’ll get stressed out, so don’t look at them.’ But I now realize that telling them not to look was really irresponsible, because those people weren’t the type to be able to not look.” 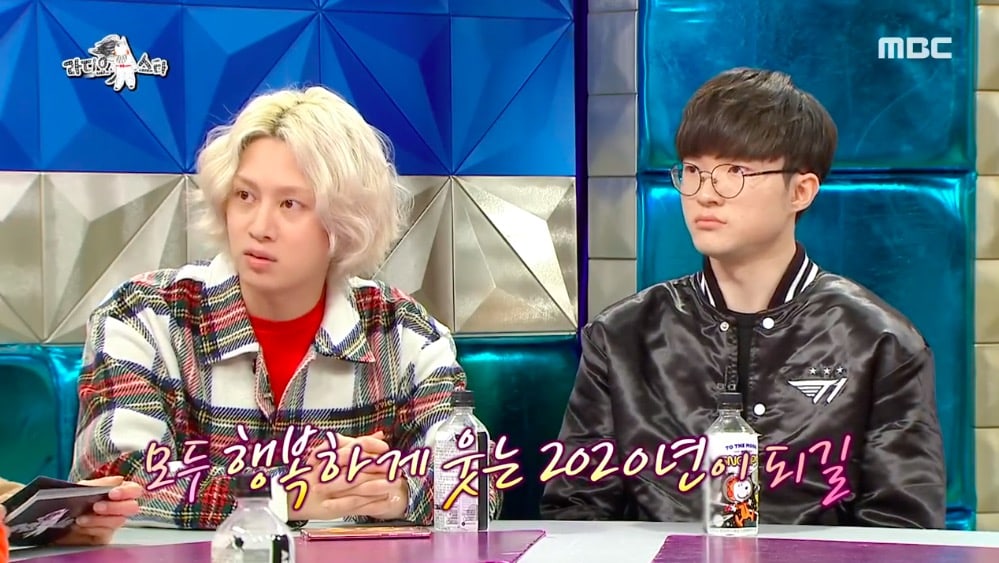 “That’s why I thought that it would be good if the comment feature no longer existed, and recently a portal site took away comments completely [on entertainment news],” he said. “It was a relief to see that and I hope they continue to be eradicated. I hope that junior artists and senior artists too will be able to smile brightly.”

Super Junior
Radio Star
Kim Heechul
How does this article make you feel?