Soompi
by U. Kim

On January 2, Gaon Chart revealed its weekly rankings for the week of December 22-28.

On this week’s charts, Changmo took over the digital and streaming sectors, while Red Velvet dominated the download and album charts. BTS rose back to the top of the social chart. 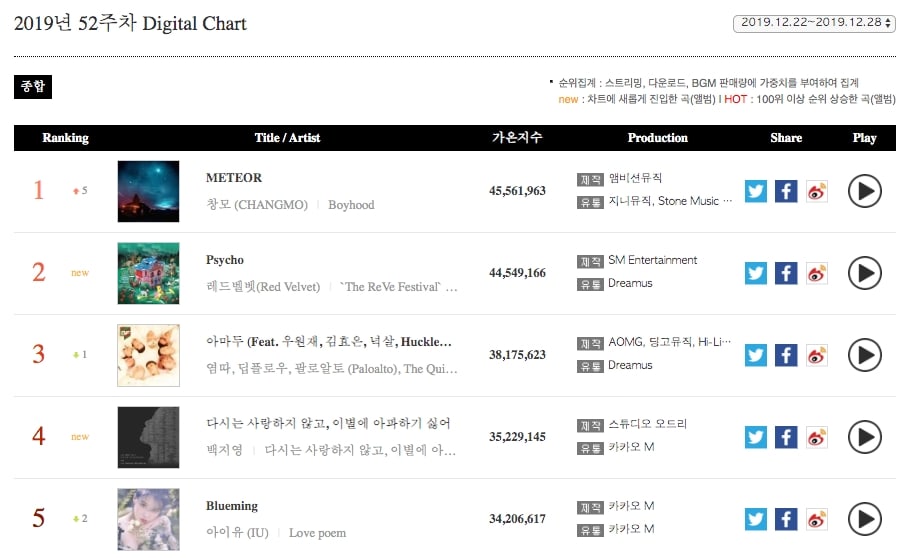 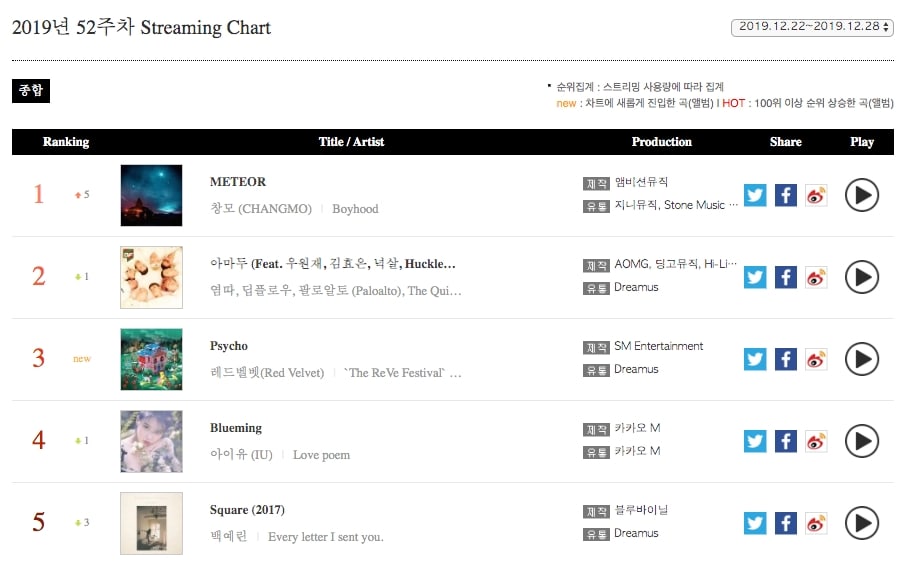 On the download chart, new entries by Red Velvet and Baek Ji Young took the first and second spots respectively. Third place was taken by Changmo’s “METEOR,” while IU’s “Blueming” and “I’MMA DO” moved down to No. 4 and No. 5 respectively. 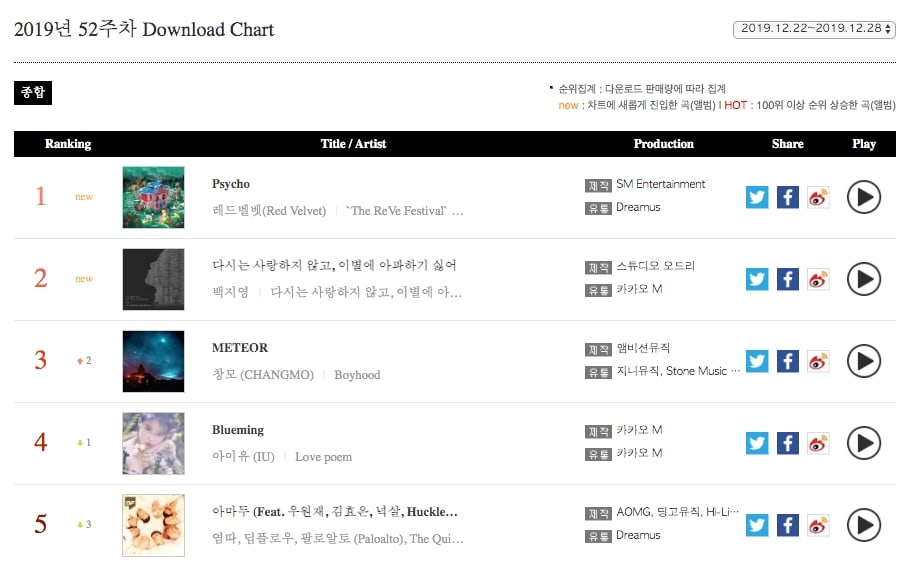 Red Velvet’s “The ReVe Festival: finale” topped the album chart recording physical album shipments. The kit version of EXO’s “OBSESSION” made a new entry at No. 2. BTS’s “Map of the Soul: Persona” and “Love Yourself: Answer” made it back into the top 5 at No. 3 and No. 4 respectively, and Stray Kids’ “Clé : LEVANTER” rounded out the chart at No. 5. 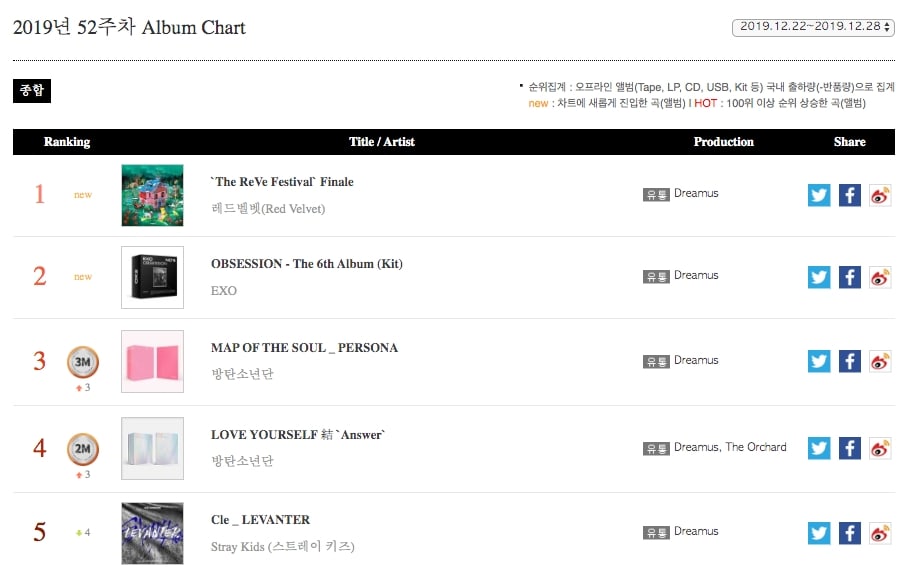 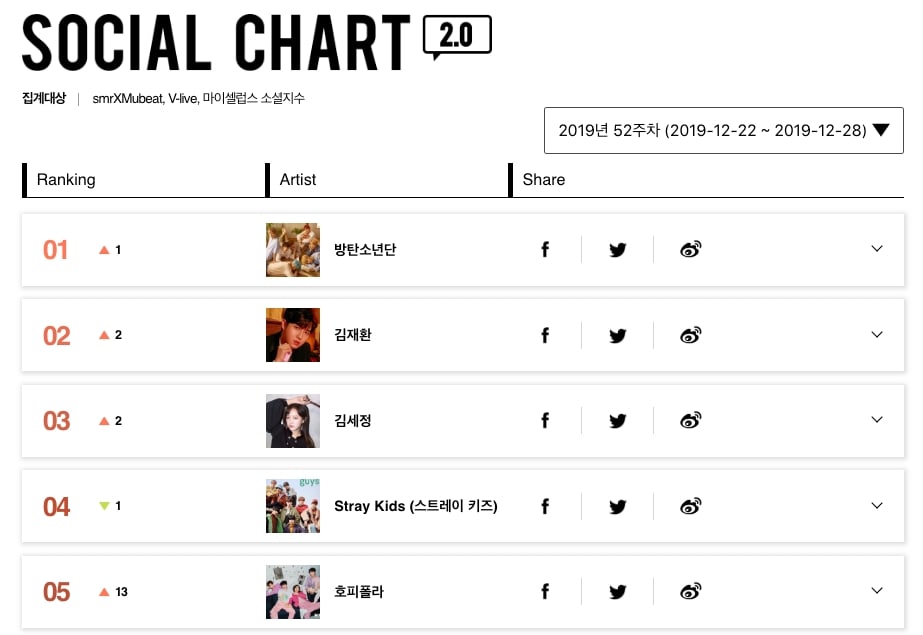