“Queen: Love and War” tells the story of Kang Eun Bo, a woman who wants to bring her twin sister’s murderer to justice. To do that, she will have to compete with every eligible noblewoman at the palace to win the heart of King Lee Kyung (Kim Min Kyu), who has been troubled with strange dreams after being shot in the head.

In the previous episode, Lee Kyung and Kang Eun Bo faced each other with a heartbreaking misunderstanding. Kang Eun Bo thought Lee Kyung was the enemy who killed her father, while Lee Kyung thought his dead queen had come back to life.

On December 5, the drama released stills of Kang Eun Bo and Lee Kyung locked in a tight embrace at the face of danger. The air is thick with tension as they are attempting to escape from someone. Kang Eun Bo is looking worn and pale as her hands are bound by rope, and Lee Kyung is doing his best to shield her from peril. Will they will be able to escape the extreme crisis? 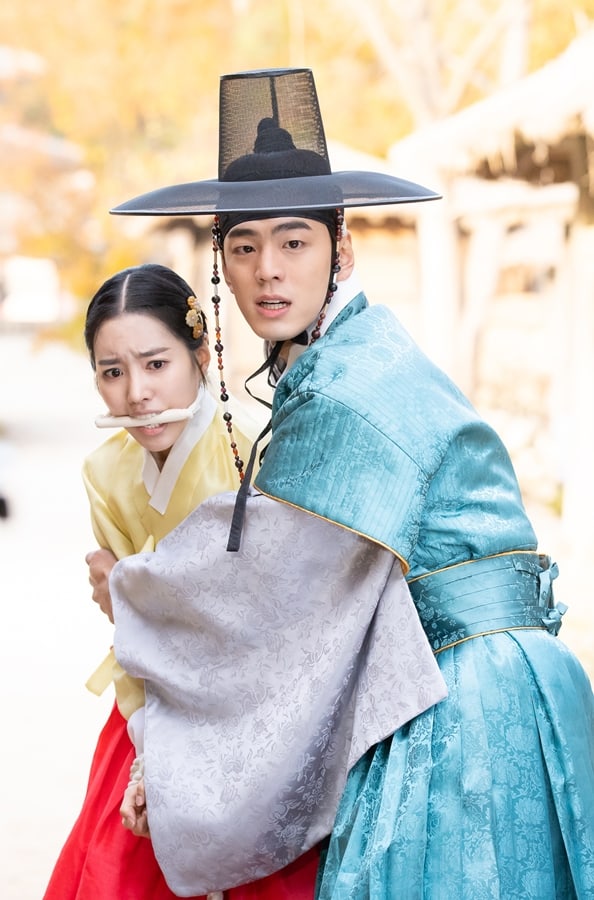 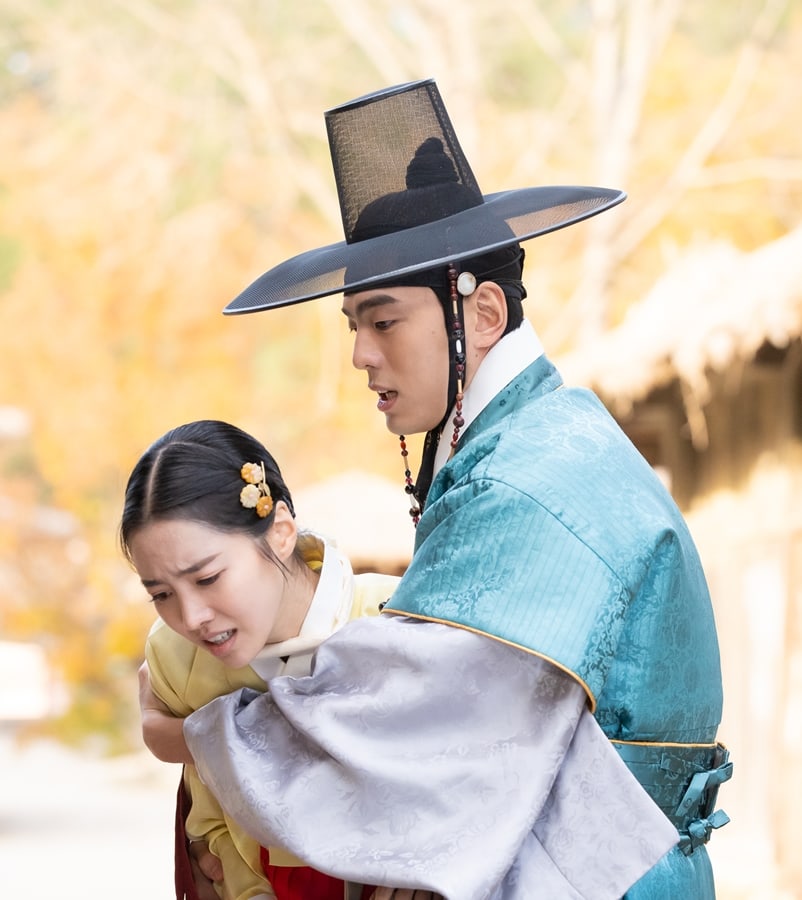 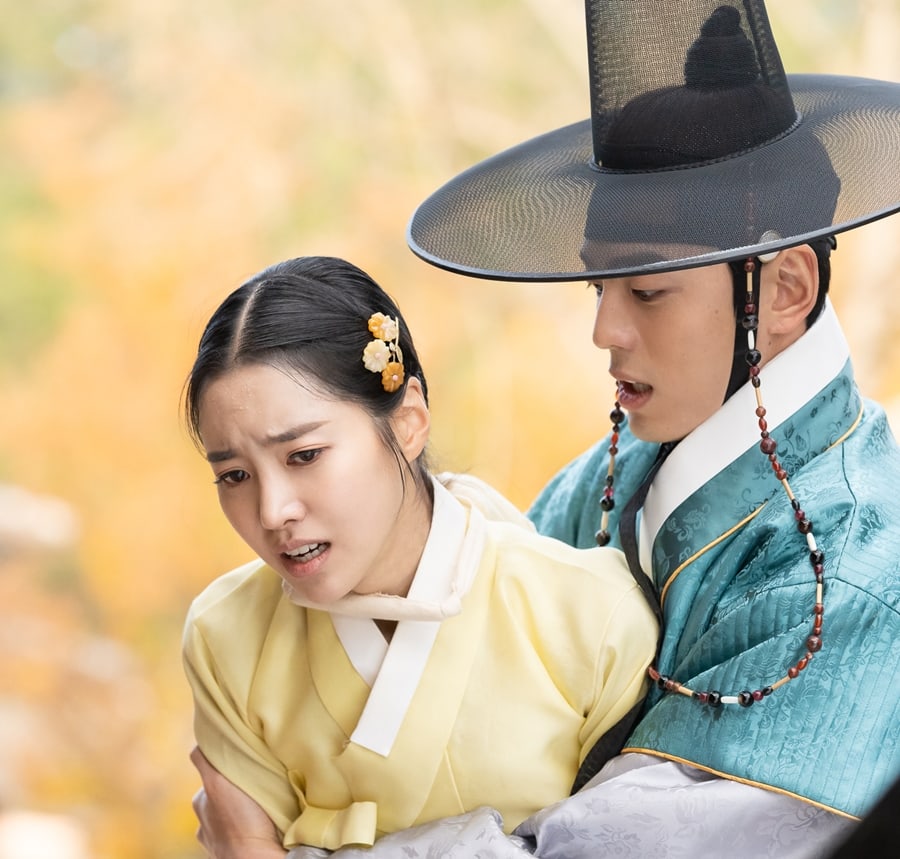 This scene was filmed in Buan of North Jeolla Province on November 12, 2019. Despite the fact that they were filming in the forest in the cold weather, the two actors brightened the mood with their positive smiles. Even though her hands and feet had to be bound, Jin Se Yeon laughed it off, saying it was a refreshing experience. On the other hand, Kim Min Kyu continued to sweetly check up on her to make sure she was comfortable.

In addition, Jin Se Yeon and Kim Min Kyu went into professional mode once the cameras started rolling, and they perfectly immersed into their roles. Jin Se Yeon showed depth in her acting with just her eyes, and Kim Min Kyu raised the tension of the scene with his desperate yelling.

The production crew said, “The relationship between the two will come to a shocking turning point on December 5 [today]. To showcase a dramatic turning point, Jin Se Yeon and Kim Min Kyu performed with all their might. We hope you look forward to it.”

Meanwhile, catch up to the latest episode of the drama below!