On January 7, the actress participated in an interview with MyDaily to promote the upcoming film “We Don’t Hurt You” (literal title).

“I like being in my 30s way more than my 20s,” began Kang Sora. “After entering my 30s, I became more mentally relaxed and comfortable. I learned a bit more about myself, so I feel like I’ve settled down now.”

She added with a smile, “I’ve now learned how to love myself. In my 20s, I felt as if I needed to do this and that. I worried about what would happen if I didn’t do something and if it would help or harm my career if I did do it. I had so many concerns like that. So I learned various things and didn’t have time to think about things.”

Kang Sora continued, “It was my first time resting for a year. From an outsider’s point-of-view, it looked as if I had a hiatus. But even during those three months, I filmed ads and attended events and never really had time to properly rest. I recently had a break and got the chance to reflect. While meditating and not trying to do something, I had time to deeply think about myself and what my happiness is. I am now living for myself. If I don’t, I think that I’ll regret this time when I’m in my 70s and 80s. Since this time only exists in this moment, I want to enjoy it a bit more now instead of regretting it when I’m older.” 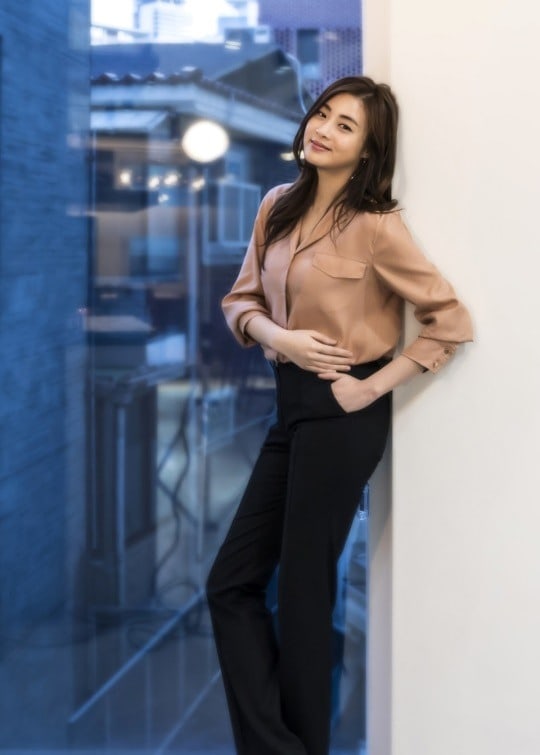 The actress went viral for her parody of Elsa singing “Into the Unknown” from “Frozen 2” which she posted on Instagram. She explained, “I don’t have any fears about being funny. That’s who I am. Many people around me strongly opposed when I was going to upload the clip. My agency didn’t like it due to concerns about my image, but if I like it, isn’t that all that matters?”

“I recently had a honest conversation with the CEO,” said Kang Sora. “She recently gave birth and realized that children don’t follow your expectations. She now views me as her child and understands me.”

Concluding her interview, the actress spoke about her future plans. “I don’t have a set project yet, but I want to appear in a film,” she said. “I had such a good experience in ‘We Don’t Hurt You’ that I want the actors and the director to communicate and film in a relaxed period of time like that.”

“We Don’t Hurt You” is a comedy film based on a webtoon of the same name where employees pretend to be animals that got sold and sent away, after a lawyer unexpectedly becomes the director of a zoo on the verge of being shut down. The film premieres in theaters on January 15. Check out the teaser here.

Kang Sora
How does this article make you feel?