It’s no secret that Hyun Bin as Ri Jung Hyuk has been stealing our hearts in the mega-hit series “Crash Landing on You.”

Are you forreal? GAH.

His manly charm and intense gazes have been giving viewers some serious butterflies and it’s been so painful to wait every week for new episodes. As the series is now halfway over, it’s the perfect time to pay some respect to all the times Hyun Bin made our hearts flutter thus far. Granted, it’s been pretty much any time he’s on screen, but these moments were extra heart-fluttering.

Hyun Bin plays Ri Jung Hyuk, the proper and very handsome North Korean soldier. He is the first to stumble across Yoon Se Ri, played by Son Ye Jin, when she accidentally paraglides into North Korea. Although he’s not all too pleased by her flirtatious demeanor, it is later shown in the epilogue that he is somewhat taken by her. 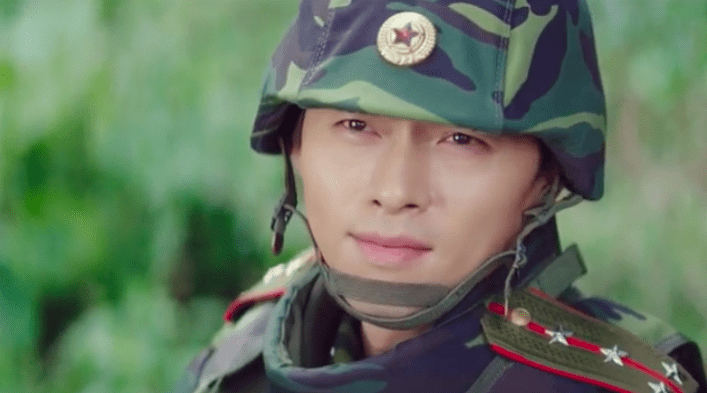 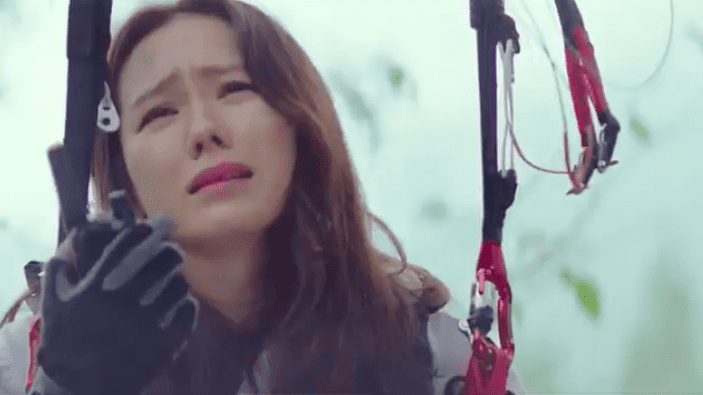 It’s obvious that he is smitten with her from the start and falls in love with her at first sight! This added scene at the end of the first episode was the icing on top of the cake, knowing that he’s been interested in her from the very beginning!

When Yoon Se Ri realizes that she might have to spend more than a day in North Korea, she’s obviously got some demands. She can hardly stand being away from her beloved skincare products, shampoo/conditioner, and of course, her scented candles. This is why she asks Jung Hyuk if he has any of them on hand in his house – which he obviously doesn’t. He seems annoyed, but later that night he shows up with a bag full of various skincare products, shampoo, conditioner, and lets her choose from the batch. This guy is a total keeper! He also brings her the scented candle. He’s willing to do basically anything for her and we’re loving it.

Yoon Se Ri and Jung Hyuk get to Pyongyang via train and he refuses to let her out of his sight. He’s so protective of her and keeps a constant watchful eye on her. So when Goo Seung Joon (Kim Jung Hyun) scurries off with Yoon Se Ri into an elevator, Ri Jung Hyuk is quick to stop him from taking her away. 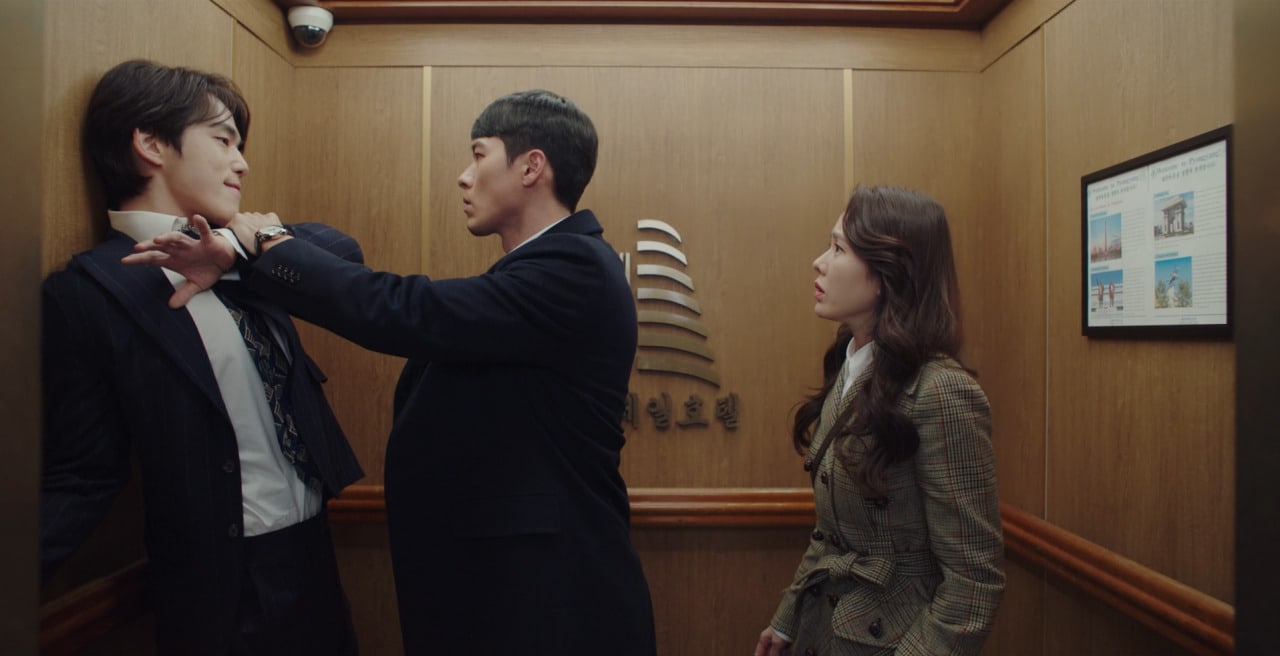 Hyun Bin as Ri Jung Hyuk in uniform is all I thought we needed, but then when this scene where he’s being so protective over Yoon Se Ri came up, it made him even more irresistible. What is it about a knight in shining armor that makes people feel so warm inside?!

While Yoon Se Ri is trying to adjust to her temporary life in North Korea, one of the things she also tries to get used to is the blackouts. Se Ri finds herself in the middle of a crowded marketplace when there is another blackout. She finds it overwhelming to deal with and has memories of being alone. But just when she’s about to break down, Ri Jung Hyuk shows up in the middle of the crowd, holding a candle.

Up until this very point, there are SO many hints Jung Hyuk has given us that he’s totally interested in Se Ri but is in denial. So when he shows up with this candle right when Se Ri is desperate for some light, it’s hard not to be overcome by emotions, especially with the way he looks at her!

When Hyun Bin ties her hair

Jung Hyuk encourages Se Ri to tie her hair up in order to fit in with the other ladies in the community. Although Se Ri wants to leave her hair down, Jung Hyuk informs her that it’s a sign of wealth and class for a woman to tie her hair.

Jung Hyuk is adorable not only for providing a hair tie for her but for doing it himself. How sweet is it seeing him tie her hair so gently?!

The motorcycle scene and risking his life for her

Ri Jung Hyuk comes up with a backup plan to ensure that Se Ri gets on the flight going back to South Korea. Just when things couldn’t get more complicated, a mysterious someone tries to kill Se Ri. When Jung Hyuk comes and rescues her, he blocks her with his own body as she is about to get shot.

Seeing Jung Hyuk ride off behind Se Ri on the motorcycle was heartstopping, to say the least. As he reminisces on how he promised her that he would get her back home no matter what, it’s enough to make anyone’s heart skip a beat. Especially with the added effect of that amazing OST, “Flower” by Yoon Mi Rae, it was all just too much to handle.

After Jung Hyuk wakes up from his operation, he immediately gets upset upon seeing Yoon Se Ri. He realizes that she had not taken the flight back to South Korea, and out of anger, he tells her that she’s being a burden. But after hearing from the doctor and nurse that she had not stopped crying because of him, he gets out of bed to find her outside. He apologizes to her and they make up with a kiss.

Although this heart-fluttering scene doesn’t involve just Hyun Bin, you could really sense the love welling up in his heart in the way he gazes into Son Ye Jin’s eyes. Every word from his apology to the kiss is so heartfelt. This also marks the start of their relationship, which we’re obviously rooting for.

Se Ri is whisked away by Goo Seung Joon and, not wanting Jung Hyuk to find out about Se Ri’s whereabouts, tells Jung Hyuk not to look for her. Seung Joon then proceeds to propose to Se Ri and tries to convince her that her feelings for Jung Hyuk are not real. Meanwhile, Jung Hyuk is doing everything in his power to try and find Se Ri despite having just been shot. He fights off bodyguards and goes through a lot of obstacles in order to find the woman he loves.

And as if he couldn’t get any more hotter, when Yoon Se Ri tells him that she doesn’t want to see him anymore, he doesn’t put up a fight or acts crazy. Instead, he asks her if she means it, tells her not to cry anymore, and simply leaves.

The most selfless K-drama leading man ever.

After Yoon Se Ri fakes breaking up with Jung Hyuk, she quickly regrets her decision and chases after him in Goo Seung Joon’s car. She gets out of the car once she sees him and tells him that she’ll drive him home. What ensues is the most warm and heart-fluttering hug ever. 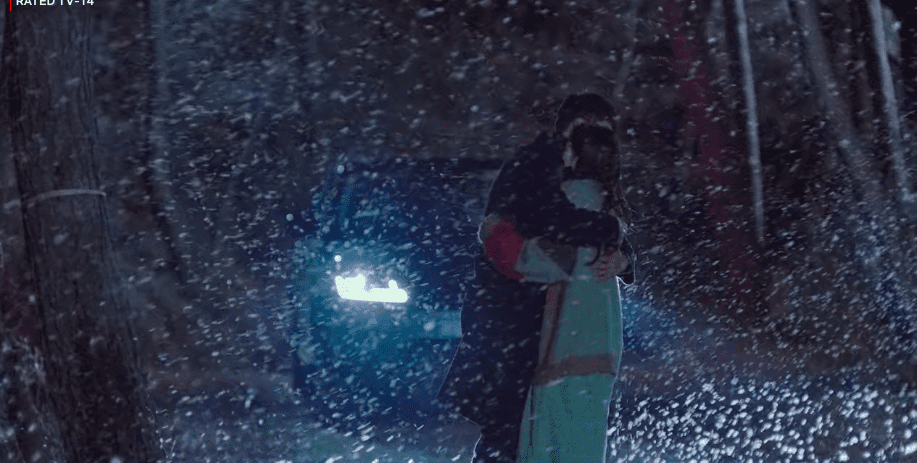 We all needed this hug.

Hey Soompiers, what was your favorite Hyun Bin moment in the series so far? Let me know in the comments below!

Currently watching: “Chocolate” and “Crash Landing on You”
All-time favorite dramas: “Secret Garden,” “Goblin,” “Because This Is My First Life,” “Star In My Heart”
Looking forward to: Won Bin‘s return to the small screen