“Queen: Love and War” tells the story of Kang Eun Bo, a woman who wants to bring her twin sister’s murderer to justice. To do that, she will have to compete with every eligible noblewoman at the palace to win the heart of King Lee Kyung (Kim Min Kyu), who has been troubled with strange dreams after being shot in the head.

In the latest stills, Kang Eun Bo, who has already had to jump hurdles of interference in the competition, faces yet another attempt to thwart her efforts in the cooking portion of the competition, when the her ingredients suddenly disappear. 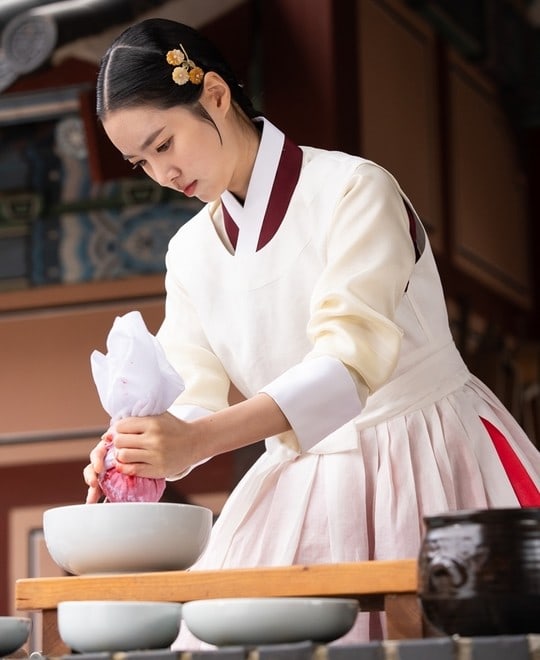 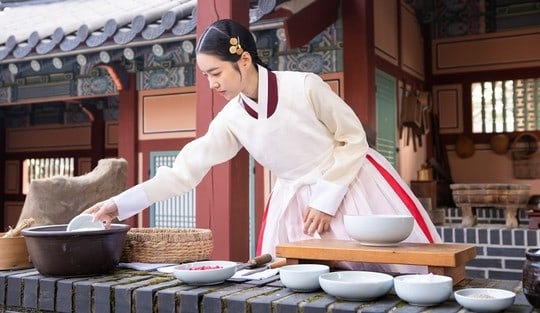 A source from the drama said, “Thanks to Jin Se Yeon, who always wears a smile on her face and puts her all into filming, this day of filming also wrapped quickly and with a great atmosphere. In the queen’s selection, there will be upgraded schemes as well as a surprise twist, so please look forward to it.” 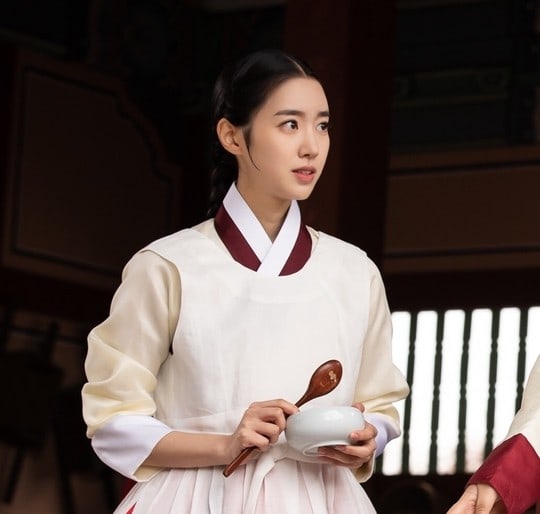 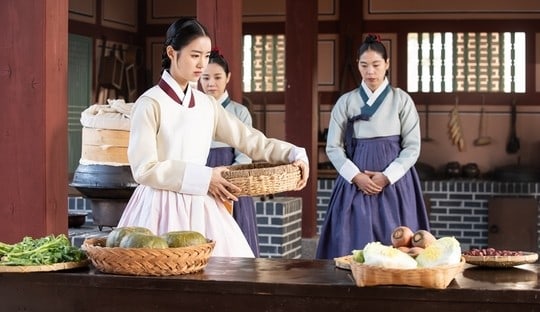