In the latest stills, Lee Kyung and Kang Eun Bo are on a secret date. They are heading into an old store where they first held each other’s hands ten years ago. The two characters walk through colorful fabric while holding hands. After going through several layers of silk, they finally arrive at a small warehouse. Lee Kyung pulls something out, and Kang Eun Bo’s eyes shake uncontrollably. What will happen to the two people who have come together amid a painful misunderstanding? 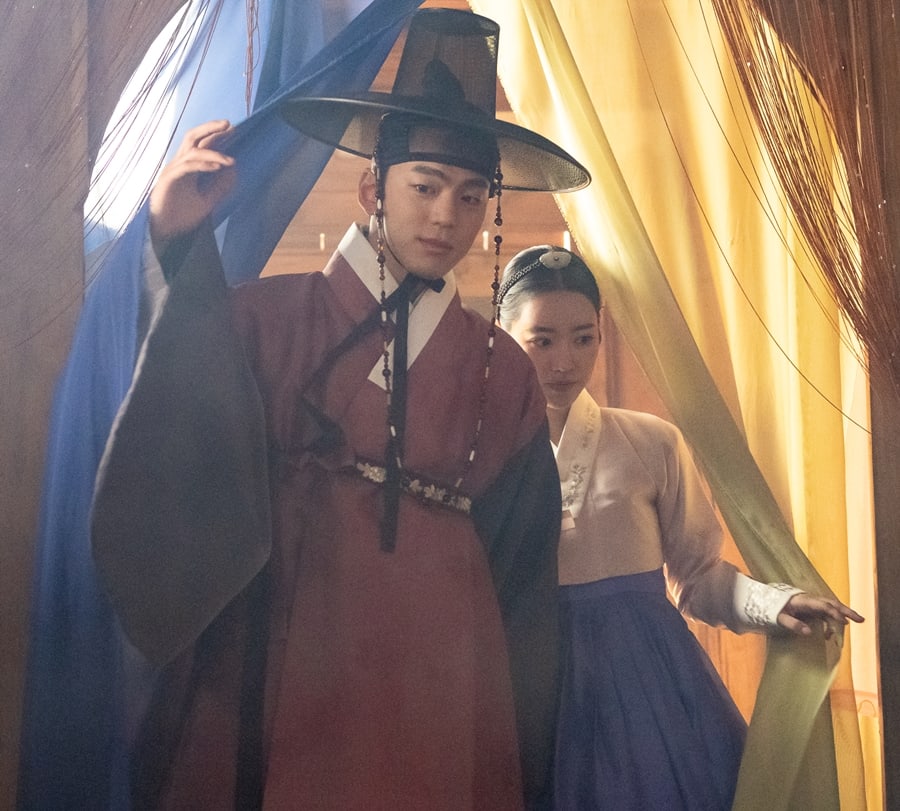 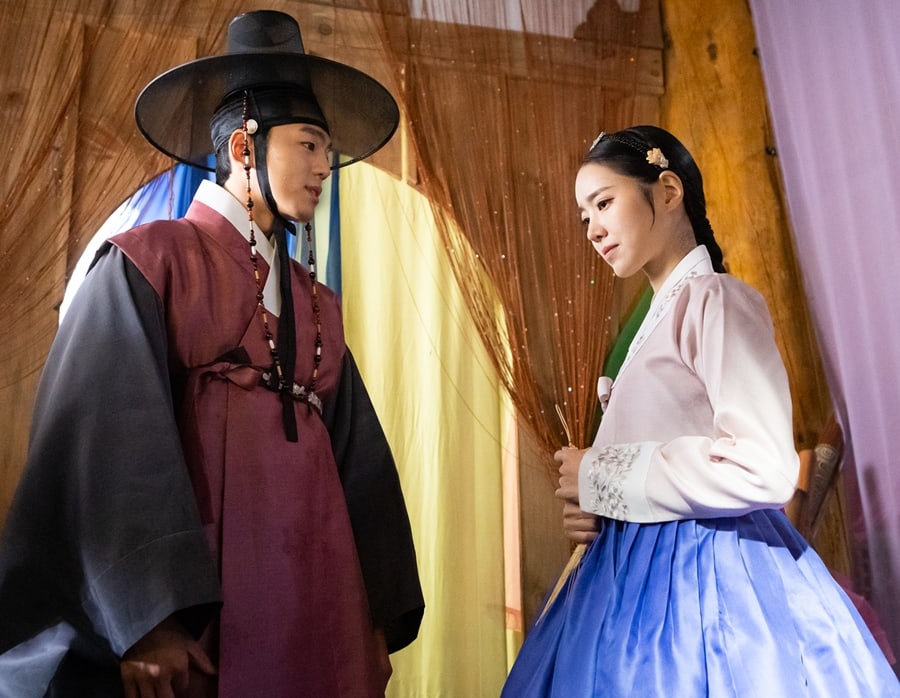 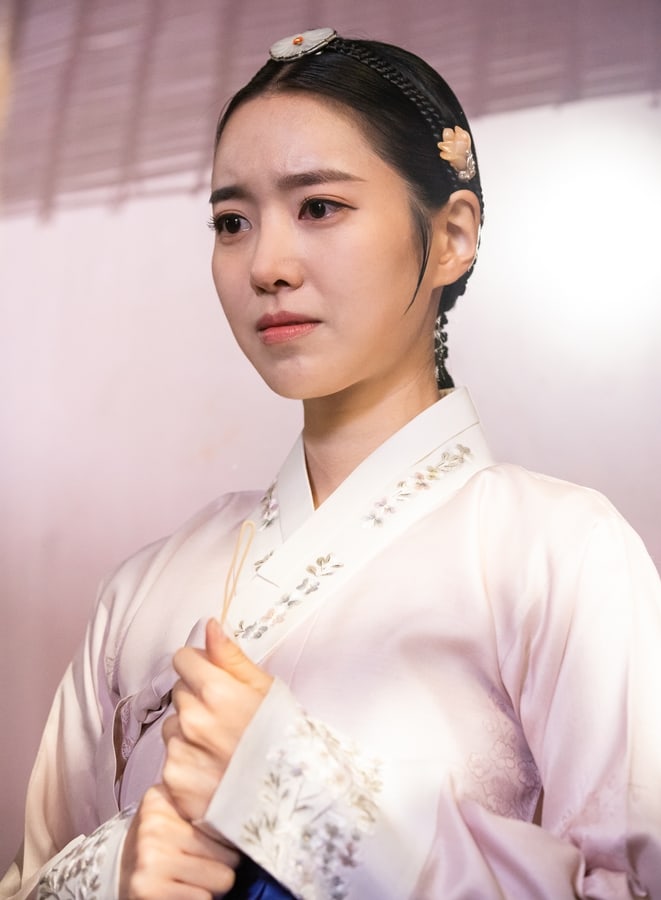 This scene was filmed in Changwon, South Gyeongsang Province on November 28, 2019. The two actors became sentimental as they looked around every corner of the old linen shop. They practiced their lines together and prepared for the scene while paying attention to every word. They were able to create a sentimental scene with their trembling gazes, and the colorful lights that poured through the silk added to the atmosphere.

The production crew shared, “Jin Se Yeon and Kim Min Kyu created the best scene with their desperate emotions. In a situation in which the past and the reality are mixed up, please look forward to the choices they will make on ‘Queen: Love and War,’ which is growing more intense.”