On the January 12 episode of KBS 2TV’s “The Return of Superman,” the cast gathered at the 2019 KBS Entertainment Awards.

This week’s episode focused on the families’ reactions behind-the-scenes of the ceremony, as well as their interactions with various celebrities. 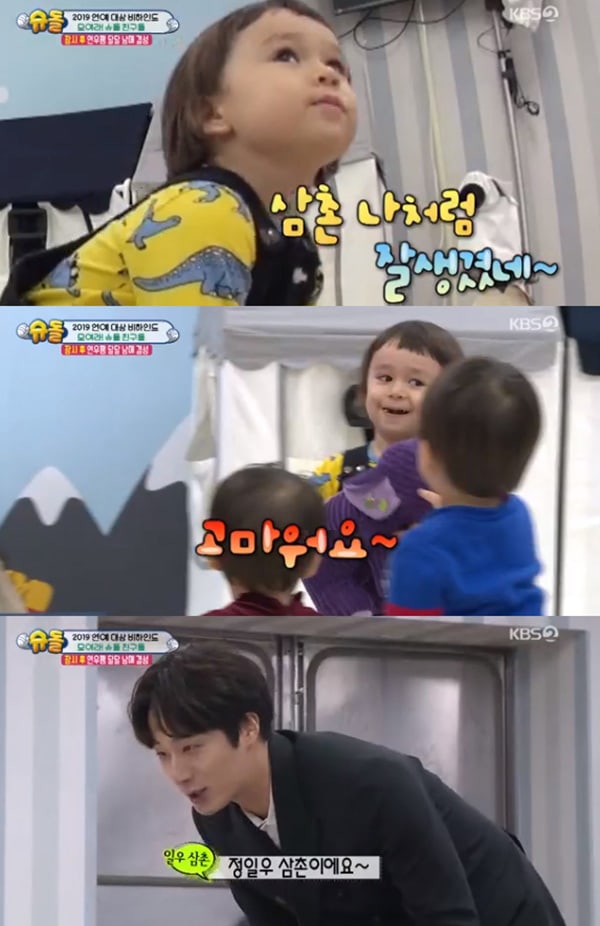 Jung Il Woo made a surprise appearance on the show when he walked in from the waiting room next door. The fathers couldn’t hide their joy at his sudden appearance, and William remarked, “Uncle, you’re handsome like me! Who are you?”

“I’m Uncle Jung Il Woo,” the actor replied, to which the children questioned, “Then are you a righteous uncle?” since “righteous” in Korean sounds similar to “Jung Il Woo.”

Surprised at their witty comment, Jung Il Woo laughed as he gave each child a doll. 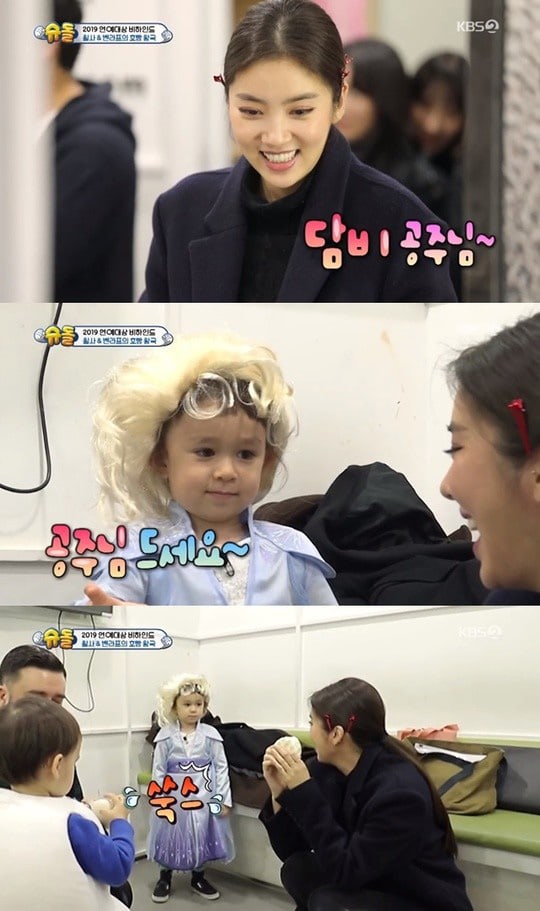 As soon as he saw Son Dambi, William asked, “Are you a princess?” When asked why he suddenly became shy, William responded, “Because she’s pretty.” He then handed her a steamed bun as a present, and she stared back in awe at his cuteness and graciously ate the snack.

The kids also met celebrities such as Shin Dong Yup, Kim Sook, and the cast of “2 Days & 1 Night” when they finally headed to the ceremony, and Park Joo Ho was finally able to meet his idol Yoo Jae Suk!

Watch a recent episode below!