William and Bentley met their favorite character on “The Return of Superman”!

On the January 12 episode of the KBS reality show, the Hammington boys began their day dressed up as penguins. Sam Hammington explained, “That penguin character [Pengsoo] is really popular these days. The kids are completely in love with him and might even go to [Pengsoo’s home] the North Pole soon.”

Pengsoo is a mega-popular character created by the Korean educational television network EBS, and it stars in videos on its YouTube channel “Giant Peng TV.” The character’s popularity exploded in the last year, and Pengsoo recently attended numerous year-end award ceremonies and events, including the famous New Year bell-ringing ceremony in Seoul.

During the broadcast, William walked around the house pretending to be a penguin and told his dad he needs to eat cold food to fit his new animal persona. He asked for some tuna, which is known to be Pengsoo’s favorite food, and shared his meal with Bentley. 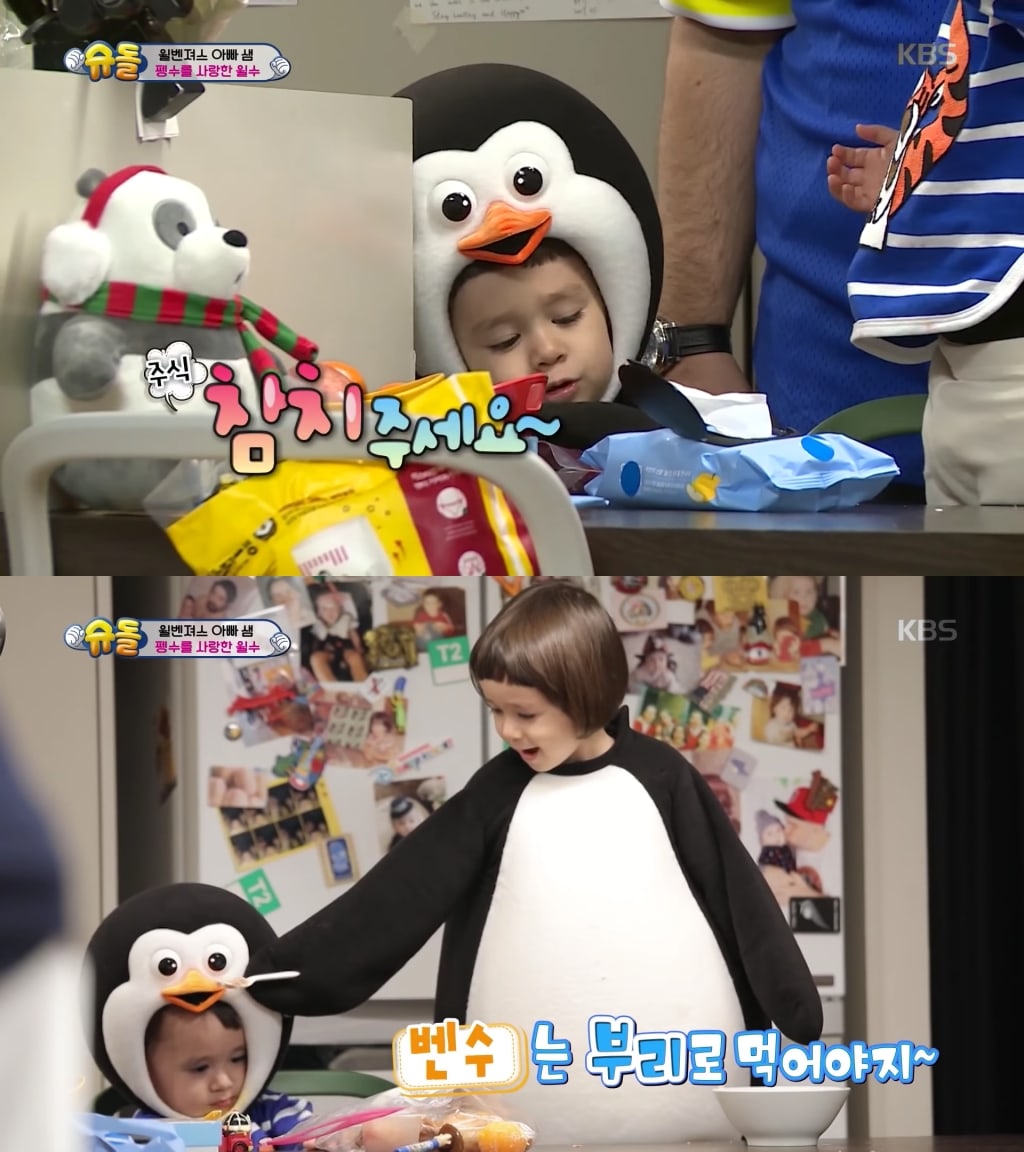 The trio then headed to a sledding slope and played in the snow. William said, “Dad, I want to see Pengsoo,” and the popular penguin character surprised the boys by sliding down and appearing in front of their eyes.

William began laughing and excitedly walked towards Pengsoo. Bentley, however, broke out into tears after seeing the large penguin character, who is 210 centimeters tall (approximately 6 feet and 11 inches), in real life. Pengsoo dramatically fell to his knees at Bentley’s reaction and also began to cry out loud. Seeing this, Bentley suddenly stopped crying and looked over at the character in confusion. 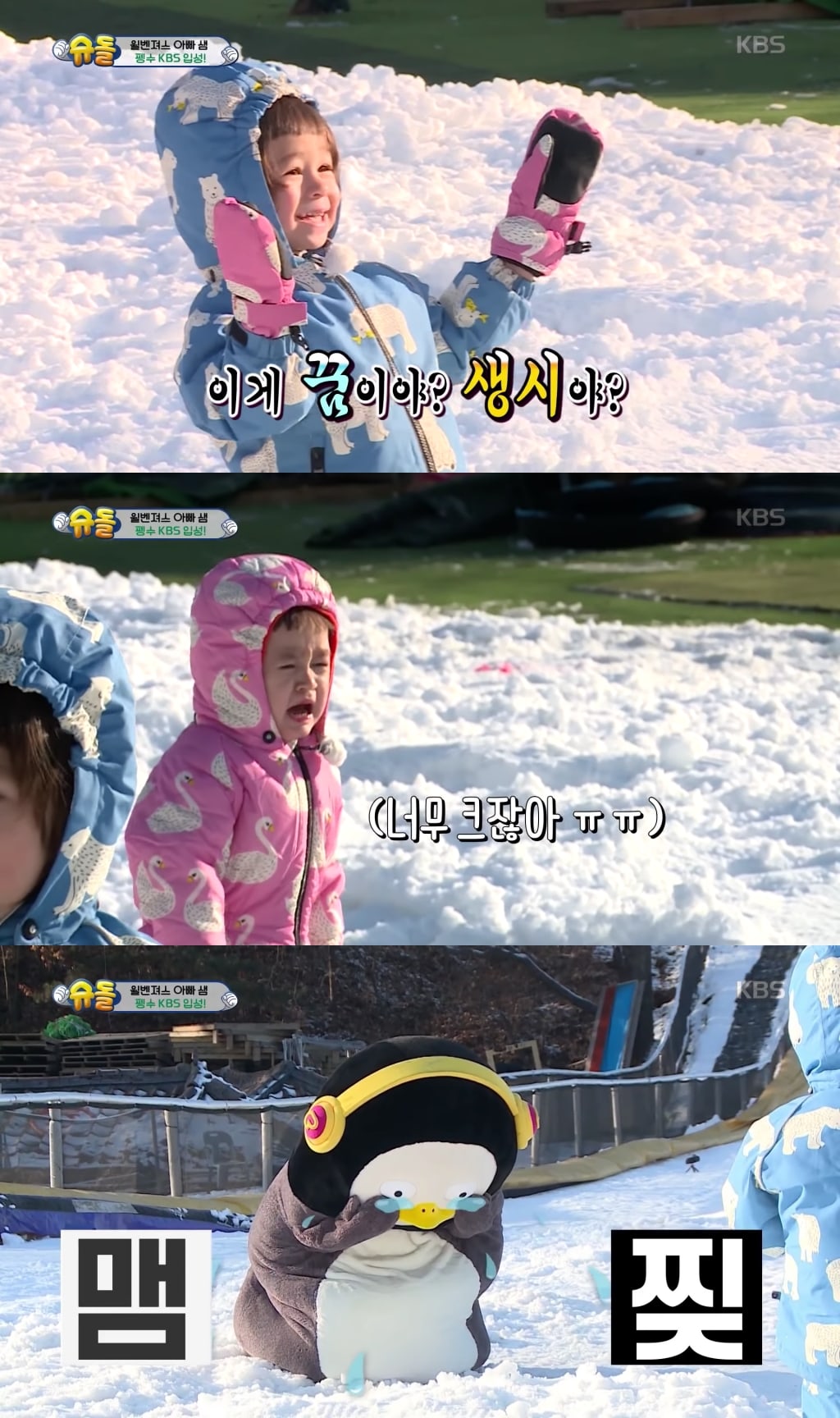 William suggested a snow fight, and he and Pengsoo competed to see who could make the biggest snowball. William made a big snowball, and Pengsoo fell on the ground right after making one as well. William sweetly asked Pengsoo if he was okay and shared endless laughter with his favorite character.

Pengsoo then asked his manager for a big snowball, and William followed suit by asking his dad for a “Hulk-like big snowball.” Pengsoo called for his manager once again, who brought him a gigantic snowball that was even bigger than William’s. However, he immediately lost his footing and fell on his face. When he told William that he got snow in his eye, William gently blew in his eye to help him feel better.

All the while, Bentley kept his distance from Pengsoo, who scared him in real life. Pengsoo then surprised the brothers with special gifts, which turned out to be Pengsoo hats. Since Bentley was still afraid of Pengsoo, Sam Hammington put on his hat instead of him, and William adorably showed off his new headgear. 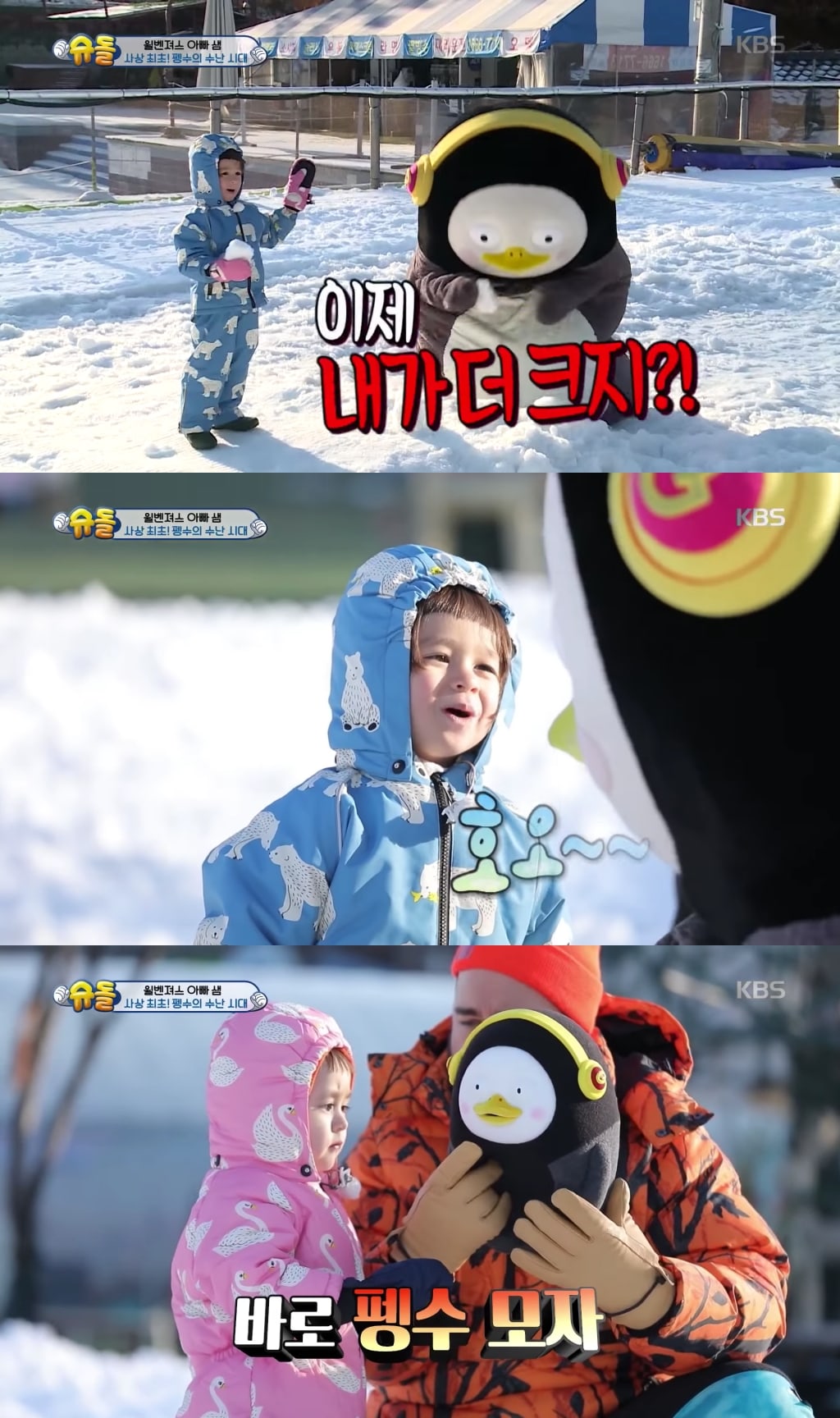 Later on in the episode, Pengsoo suddenly turned to the camera and said, “Wait a minute, this is someone I know.” The caption explained that Pengsoo had spotted the cameraman, who films for “Pengsoo TV” as well as “The Return of Superman.” Pengsoo jokingly asked him, “Why are you here? Are you a traitor?” but Sam Hammington explained that the cameraman was the one who had made this Pengsoo-Hammington meeting possible.

William and Pengsoo then continued their playdate by walking up the sledding slope and making more unforgettable memories together. 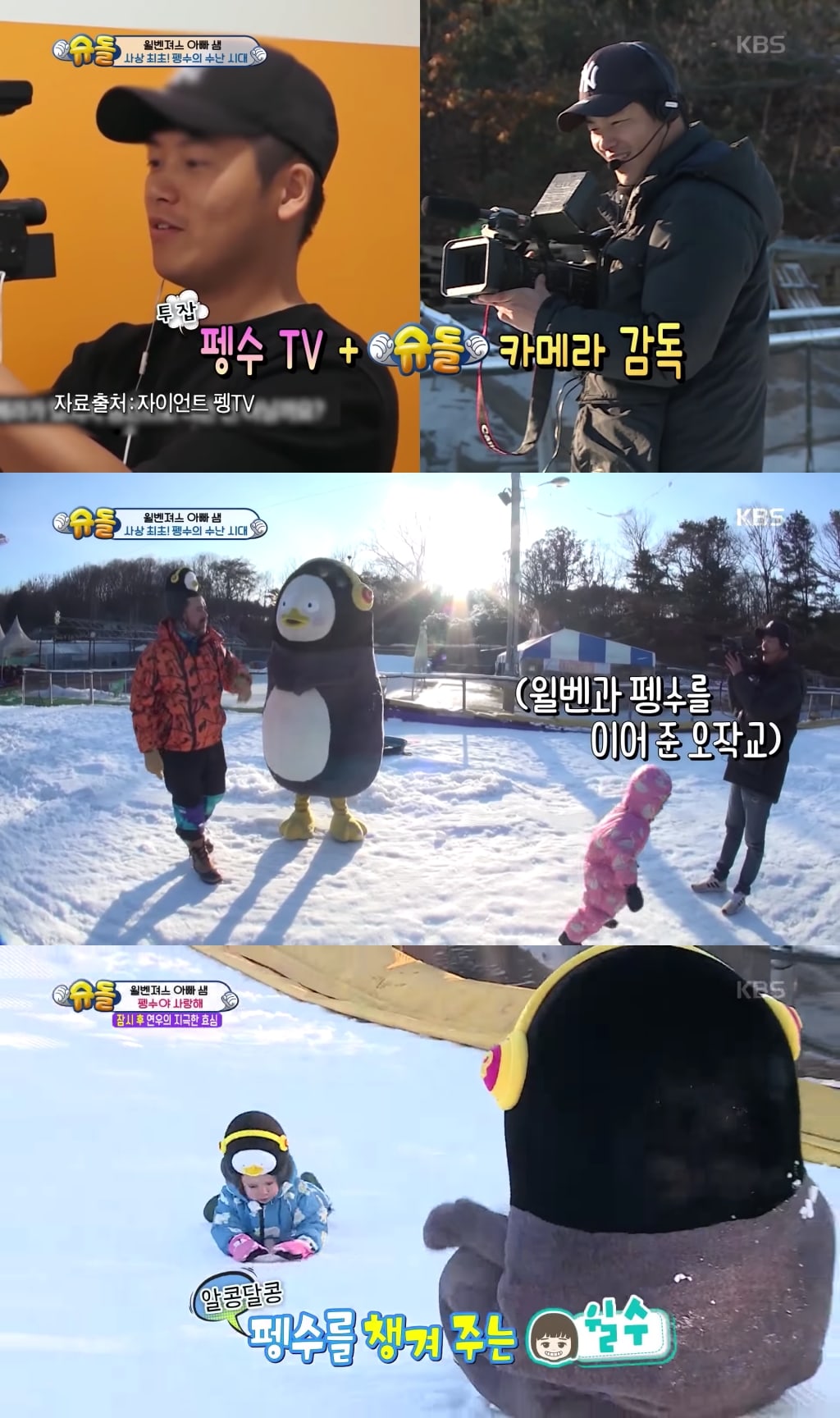 Watch last week’s episode of the “The Return of Superman” now!